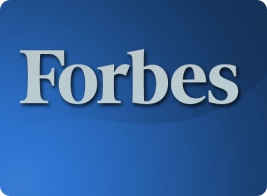 Forbes Kazakhstan has published a list of the petro-state’s 50 wealthiest people. Unsurprisingly, a number of the country’s multimillionaires swim close to President Nursultan Nazarbayev.

According to the list, published in the magazine’s May issue and not available online, Kazakhstan’s richest man is copper magnate Vladimir Kim, who is worth a cool $3.5 billion.

He is followed by mining boss Alidzhan Ibragimov, part owner of the ENRC resource group, with $2.9 billion. (Ibragimov’s partners Aleksandr Mashkevich and Patokh Shodiyev are excluded from the list as they hold foreign passports).

So far, so predictable – Kim and Ibragimov feature as Kazakhstan’s wealthiest people on the international Forbes rich list too – but from here the rankings diverge.

The world rich list features mining and banking entrepreneur Bolat Utemuratov as Kazakhstan’s third wealthiest person – but, according to Forbes Kazakhstan, Utemuratov’s wealth of $1.6 billion is surpassed by oil magnate Rashid Sarsenov’s $1.8 billion. Sarsenov is best known as the one-time business partner of Rakhat Aliyev, the Malta-based disgraced (and wanted) son-in-law of the president.

Sarsenov’s sister Sofya Sarsenova also features (at number 12), with a fortune of $660 million, which she made after acquiring a majority stake in Nurbank from Nazarbayev’s eldest daughter Dariga Nazarbayeva in 2010.

Kulibayev’s wealth is currently under scrutiny: On May 10 Reuters quoted Italian media as saying he was implicated in bribe-taking amid legal proceedings against the Eni energy group in Milan, and there are reports that he is under investigation for money-laundering in Switzerland. Kulibayev has always denied allegations of corruption.

The Kulibayevs are two of four close Nazarbayev relatives on the list: Another daughter, Dariga Nazarbayeva (at number 13), has a fortune of $593 million. Her 27-year-old son Nurali Aliyev (that’s the president’s grandson) is worth $200 million. Both have interests in the financial and media sectors.

Alongside the well-heeled oligarchs, the list features two affluent government ministers: The Dzhaksybekov family, whose patriarch is Defense Minister Adilbek Dzhaksybekov, is ranked at number 28, with its business empire in investment, finance and agriculture, and Nurlan Kapparov, the environment minister, features at number 36, with interests in the oil, property and financial sectors.

Kazakhstan’s fat cats are together worth nearly $24 billion. Perhaps its not surprising, then, that in a country where the average monthly wage is around $600, some are sounding the alarm about a growing rich-poor divide.