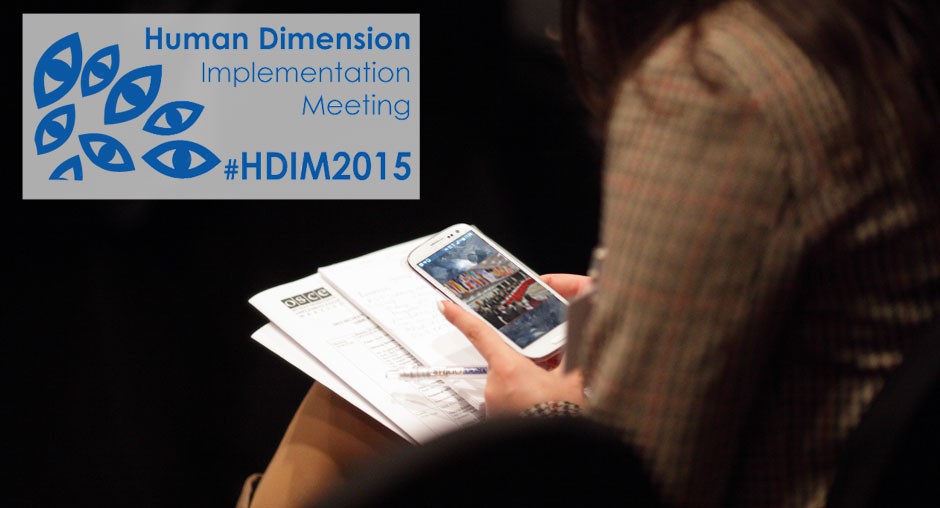 Invitation to a side event “Reform of Interpol in relation to politically motivated persecutions: work in progress”

The Open Dialog Foundation has an honour and a pleasure to invite you to
the OSCE/ODIHR Human Dimension Implementation Meeting 2015 side event: “Reform of Interpol in relation to politically motivated persecutions: work in progress”.

Following the increased widespread misuse of International Criminal Police Organization (Interpol) by non-democratic states over recent years, the century-old institution faces increasing levels of criticism and calls for systemic reform. International and national human rights organizations have exposed numerous cases in which dissidents who fled their countries were put on the ‘Red Notice’ list following requests made by the very same governments who persecuted them or by the governments of allied states.

There is a stark disproportion in the means available to such persons as regards their defense and the tools available to authoritarian regimes, which are able to fabricate criminal cases subsequently considered as official grounds for the issuance of a ‘Red Notice’.

In 2015, Interpol opened up to civil society’s recommendations and adopted the policy of protecting persons who sought protection from the automatic nature of the ‘Red Notice’ procedure. A number of political oppositionist, independent journalists and civic activists have been removed from Interpol’s wanted lists.

While the Open Dialog Foundation appreciates the drive for reform within Interpol’s bodies, it also points to the remaining problems that need to be addressed, i.a.:

The event will be moderated by:

Registration: The participation in the event is free of charge. The OSCE/ODIHR HDIM 2015 registration system may be found HERE.