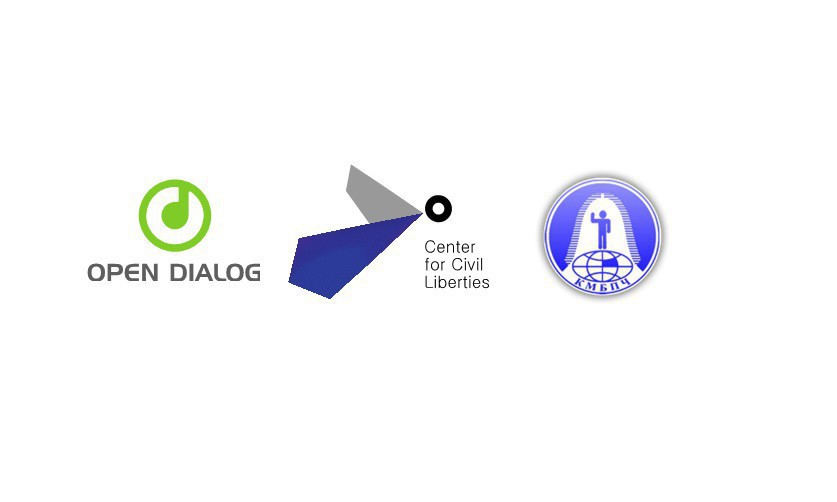 The statement of human rights activists of Ukraine and Kazakhstan on the inadmissibility of the extradition of Syrym Shalabayev, a relative of a Kazakh opposition leader

We wish to draw your attention to the alarming fact of the prosecution of the relative of a Kazakh oppositionist in a case which is overtly characterised by political context.

Syrym Shalabayev is a brother of Alma Shalabayeva, the wife of Kazakh opposition politician Mukhtar Ablyazov. On 28 July, 2015, Shalabayev was arrested in Lithuania, and is now awaiting a decision on extradition requests, filed by Ukraine and Kazakhstan (requests from these countries were issued almost simultaneously). Kazakhstan and Ukraine accused Shalabayev of causing damage to the Kazakh BTA Bank in collusion with Mukhtar Ablyazov.

Human rights organisations have repeatedly underlined the political context of the case of Mukhtar Ablyazov. In 2002-2003, he served time in prison in Kazakhstan due to his opposition activities. In 2009, the Kazakh authorities accused Ablyazov of financial crimes. The criminal case indicated that ‘misappropriated funds’ were used to “change the constitutional order” and “destabilise the political situation” in Kazakhstan. In addition to financial crimes, Kazakhstan accused Ablyazov of “inciting social hatred”, “preparing an act of terrorism” and “committing a crime against the peace and security of mankind”.

The criminal prosecution of Syrym Shalabayev is part of a broad campaign by the Kazakh authorities to prosecute relatives of Mukhtar Ablyazov. In May 2013, by means of misinformation, Kazakhstan brought about the illegal deportation of Alma Shalabayeva and her 6-year-old daughter from Italy to Kazakhstanwhich led to a government crisis in Italy. It was only due to the efforts of human rights organisations, the United Nations and the European Parliament that in December 2013 that the family members could return to Europe where they were granted refugee status.

For several years, the Ablyazov family has been under surveillance by the Kazakh special services. British police warned Ablyazov of surveillance and death threats. Salim Shalabayev, another brother of Alma, was shadowed in Switzerland, Latvia and Great Britain. The facts confirm that the Kazakh authorities learned of the whereabouts of Syrym Shalabayev by surveilling his parents who were heading for Lithuania from Kazakhstan.

The political context of the case Ablyazov was recognised by the US and several EU countries that provided shelter to relatives and associates of Ablyazov and denied their extradition to Kazakhstan, Russia or Ukraine. At the same time, Great Britain and the Czech Republic refused to extradite Igor Kononko and Tatiana Paraskevich, who have been implicated in the same criminal case as Shalabayev, to Ukraine. In 2014-2015, Ukrainian and European media published correspondence which confirmed the illegal influence of Kazakhstan on the Ukrainian investigation in the cases of Ablyazov and Shalabayev.

According to published documents, representatives of Kazakhstan produced charge sheets and questions to be asked during interrogations for Ukrainian investigator Maksim Melnik, and gave instructions as to what ‘results’ should be achieved during the interrogations and which of Ablyazov’s associates should be declared wanted.

Having paid particular attention to the published correspondence, on 9 April, 2014, London’s High Court of Justice pointed out that Investigator Melnik “was presented with documents for signing, but it would appear that he never participated in deciding whether the court proceedings were legal or whether the case should have been initiated”. It was only due to public pressure that the criminal cases against two Ukrainian investigators, who had worked on Ablyazov’s case, (MIA investigator Maksim Melnik and investigator of the Prosecutor’s Office, Sergey Khodakovsky) were successfully initiated.

No accusations of economic crimes against Mukhtar Ablyazov should be considered outside the context of his political persecution for his opposition activities (as in the case of Khodorkovsky in Russia). The harassment of Ablyazov’s relatives and their shadowing are means of enacting political revenge against the Kazakh oppositionist. Gross violations, based on corruption, have confirmed that in the cases of Ablyazov and Shalabayev, Ukrainian investigative bodies are effectively subordinated to Astana. Therefore, neither in Ukraine nor in Kazakhstan will Shalabayev be guaranteed a fair trial.

We hereby urge the authorities of the Republic of Lithuania to take into consideration facts which prove that the extradition of Syrym Shalabayev to Kazakhstan or Ukraine is inadmissible due to the political nature underlying the accusations, threats of ill-treatment and unfair justice.

The authoritarian regime in Kazakhstan continues to harass the political opposition, independent media and civil society activists. According to reports from the Ombudsman and the results of monitoring by human rights activists in Ukraine, one of the most ‘painful’ is the reform of the law enforcement agencies and the courts, which strongly resist any attempts at reform. Therefore, the provision of appropriate conditions of detention and the protection against torture is still problematic. Shalabayev may be subjected to questioning in the interests of Kazakhstan or rendered to the authorities there. According to Transparency International, Ukraine remains one of the most corrupt countries in the world.

The Government of the French Republic, which is considering sanctioning the extradition of Mukhtar Ablyazov to both Ukraine and Russia, should pay attention to the case of Syrym Shalabayev, which serves as further confirmation of the political nature of the prosecution of Ablyazov and the pressure exerted on his relatives.

We also urge the Ukrainian authorities to ensure that a proper public investigation into the illegal cooperation with Kazakhstan in the cases of Ablyazov and Shalabayev is carried out. The published documents, which confirm the incidents of the fabrication of charges and the dependence of Ukrainian investigators should be added to the case file and investigated objectively. Requests for the extradition of Ablyazov and Shalabayev, produced in cooperation with the authoritarian regime of Kazakhstan in an openly political case, have a clear, negative impact on the international image of Ukraine and the fulfillment of the obligations regarding the implementation of anti-corruption reforms.

Yevgeny Zhovtis,
Chairman of the Kazakhstan International Bureau for Human Rights and Rule of Law

Olexandra Matviichuk,
Head of the Board of the Center for Civil Liberties