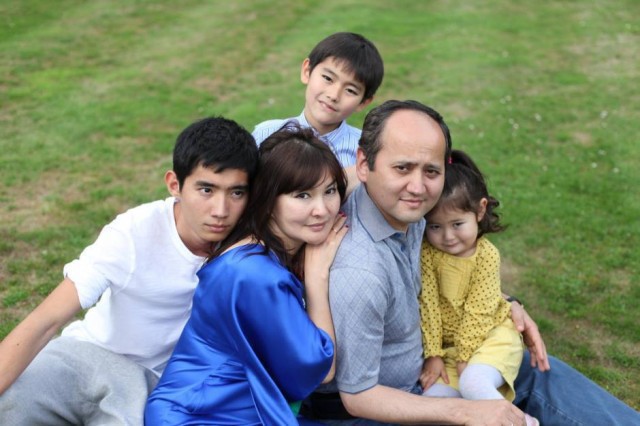 The French government has decided to extradite Mukhtar Ablyazov, Kazakh dissident and key figure of the political opposition to incumbent Kazakh President Nursultan Nazarbayev, to Russia. In the extradition decree, signed by the French Prime Minister, Manuel Valls, on 17 September 2015 and communicated to Ablyazov last week, French authorities deny the existence of any political motivation underlying the case. It is distressing that such a decision came after French justice had refused to acknowledge numerous voices of Kazakh and Russian activists, who were prepared to present proof of the political bias and fabrication characterising the Russian and Ukrainian extradition requests. The political context is evident, including in the very accusations of the Russian side, insisting that funds, allegedly misappropriated by Ablyazov, were used to incite social hatred and to carry out an attempt to overthrow the political system in Kazakhstan. This has been underlined in numerous publications by international media and NGOs, including the recent report of the Open Dialog Foundation.

The extradition decree follows a two-year legal battle in the French courts which ruled that it would be safe to send Ablyazov both to Ukraine and Russia. Nevertheless, the decision of the French government evidences a shocking lack of consistency in its policy towards Russia. France has been actively supporting Ukraine in the wake of Russian aggression. It has called for the release of political prisoners and criticised Russia for breaching international law. The French government has witnessed the complete isolation and deplorable treatment of prisoners in Russia, who are often tortured and coerced into admitting their own guilt or implicating others, and whose statements on the use of torture in court bring them no justice; only long-term prison sentences. Yet, the French government is now claiming that the judicial system in Russia can ensure a fair and transparent trial to one of the main critics of the Russian authorities’ close ally, Kazakhstan.

The extradition decree explicitly cites a detention order issued by a Moscow court judge, Aleksey Krivoruchko, placed on the US Magnitsky List for his active involvement in the case of Sergey Magnitsky, the Russian anti-corruption lawyer, tortured to death in prison.

By accepting Russia’s diplomatic assurances, France is acting as if it is disconnected from the recent developments in the region. It is absurd to claim that Russia can provide a free and independent trial to the Kazakh dissident while we see evidence of how corrupt and politicised the Russian judicial system is almost daily, said Lyudmyla Kozlovska, President of the Open Dialog Foundation. We can see that clearly in the examples of Nadiya Savchenko, Oleg Sentsov and other Ukrainian political prisoners, currently detained in Russia, she added.

The Open Dialog Foundation has been actively calling for the release of Ukrainian political prisoners, illegally detained in Russia. It has denounced manipulations and provocations in the cases, the fabrication of evidence and witness statements and other serious shortcomings. In certain cases, detainees’ whereabouts are not known and it is therefore impossible to acquire any reliable information on the progress of their cases.

The Russian authorities allow no space for voices critical of the regime and have proven to be ruthless towards those presenting a dissenting position. The Russian judicial system has consistently shown itself to be extremely corrupt and dependent on the political will of the Kremlin.

When one of the first countries to adopt the Universal Declaration of Human Rights, the country that tore down Bastille, decides to send Mukhtar Ablyazov (Nazarbayev’s political opponent – red.) to Russia, where political opponents are being killed on Red Square, it is difficult for me to say what I expect from the West. I simply observe such politics in amazement. It has nothing to do with ideals, standards, values and human rights, said Yevgeniy Zhovtis, prominent Kazakh activist and human rights lawyer.

Mukhtar Ablyazov can appeal, as a last resort, to the French Council of State. This appeal, paradoxically, does not stop the authorities from carrying out the extradition, though, while it does prevent the Kazakh dissident from addressing the European Court of Human Rights in Strasbourg.

The Open Dialog Foundation calls on the international community to react strongly and to appeal to the French authorities not to send the Kazakh dissident to Russia. As learned from experience, especially when bilateral ties and economic interests are at stake, this is often the only way to ensure that values and human rights prevail.

As it is clear that Kazakhstan is behind the international persecution of Mukhtar Ablyazov, the Open Dialog Foundation underlines the high risk of him being mistreated by officials from Kazakhstan on Russian soil, and of him being transferred to Kazakhstan, following his extradition to Russia. The Foundation urges the French authorities to consider the broader context of the case, to analyse its political background carefully and to stop the extradition procedure in order to ensure the safety of the Kazakh dissident and to send a message to Russia that its serial abuses of human rights mean that until there are drastic improvements in Russia, Paris will no longer trust Moscow when it comes to such matters.