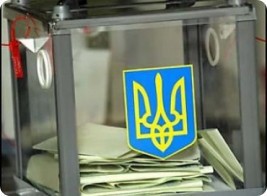 Election Games of the opposition: craving a non-zero sum 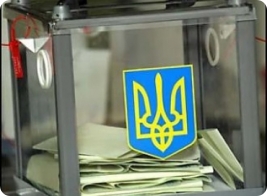 A key milestone of the last month, which influenced the course of the electoral process in Ukraine, was the joining of some of the opposition forces into a single list, which significantly changed the configuration on the electoral chessboard. Opposition leaders are attempting to play a zero-sum game where one player’s victory does not mean a loss for the other and vice versa. In fact, it is the mutual use of everybody by everybody with mutual benefit for all players. Some of the players play double games, some – triple games, but is there any danger for the democratic forces to repeat their usual mistakes, and as a result of potential internal conflicts  all parties to the conflict may lose?

Tymoshenko’s imprisonment – an own goal

The starting point of the majority of news events of the last month, relating to the electoral process in Ukraine, were the events surrounding the imprisonment of Yulia Tymoshenko. Some of the highest officials of the EU countries believe that the incarceration of Yuriy Lutsenko and Yulia Tymoshenko not only has legal motivations but also political ones. This has led to concerns of the international community regarding the state of protection of rights in Ukraine and the actual inhibition of the European integration process, which makes in particular, the immediate prospects for the adoption of the Association Agreement even more elusive.

The decision to suspend the ratification of the Association Agreement with regard to political persecution of the Ukrainian opposition leaders was expressed by Ministers for Foreign Affairs of Germany, the Czech Republic, and the British Embassy. At the same time, 14 of the 19 invitees to the summit of Central European countries refused to come to Ukraine as a sign of protest against the attitude of the Ukrainian authorities to the former Prime Minister Yulia Tymoshenko. As stated by President Dalia Grybauskaite, Ukraine’s European perspective is dependent on this attitude. Because of this, Euro 2012 may be affected, as some senior EU officials expressed their intention to boycott the championship.

With its actions, the Ukrainian government turned the international community against itself and lost some part of the electoral support. What might be the motivation of such acts? We can assume that it is the desire to strengthen its legitimacy among some voters. This is done by updating the factor of violence (power), which was, in fact, reflected in the detention of opposition leaders. However, as a result of this action, the government, which possibly was preparing a trap of isolation for the opposition, got into it itself.

In their rhetoric, the opposition forces began to focus more actively on the unlawful, the criminal nature of the authority, its corruption (theft of the treasury, building officials’ estates).

While the Ukrainian politics is going in the direction of de-ideologisation, the rhetoric of the opposition forces talks about its intention to build a coherent mythical picture in the eyes of the voters; by which, they are placing themselves on the opposite ‘pole’. Currently, attempts are made to create such poles of the political struggle at the line of ‘opposition-government’: the ‘democratic-authoritarian’, ‘pro-European, pro-Russian’, ‘a corrupt, open-mafia member’ and ‘honest’, ‘victim-fighter-usurper-butcher’. The next stage in the election campaign for the opposition was the process of negotiations regarding the association.

Union of the opposition: common point of interests of the elites.

Past presidential elections have confirmed that in confrontation between various opposition candidates, all of them lost. Thus, while in the confrontation, as a whole, opposition leaders won less. On the eve of parliamentary elections this year, leaders of opposition parties again began to calculate gains and losses from a potential association into one list. Finally, the party of Batkivshchyna (Fatherland), “Front Zmin” (Front for Changes), “Narodna Samooborona’ (People’s Self-Defense), “Za Ukrainu!” (For Ukraine), “Narodnyi Rukh Ukrainy” (People’s Movement of Ukraine) and the Party “Reformy i poryadok” (Reforms and Order) went to the election on a single list.

But the party “Udar” (“Blow”) and VO “Svoboda” (Freedom), which have a strong focus on personal leadership, decided that the benefits of association with the “Fatherland” and “Front of changes” does not cover the losses (and disbenefits). Vitaliy Klichko, relying on his authority, expects 10% voter support. One of the strengths of his campaign which keeps him from association with Tymoshenko and Yatseniuk, is a “newness” of this politician, due to which it is more profitable for him to be presented to the voters outside Tymoshenko and Yatseniuk’s ‘background’. The VO “Freedom” justifies its desire to go to the polls on its own by the fact that most of its electorate does not support the association. Anatoly Gritsenko’s ‘Grazhdanskaya pozitsya’ (Civic Position) assessed its level of support at 3.5%, did not join the United Opposition Forum, either: most likely, it was not satisfied with the conditions, in particular, the number of participants in a single list. Gritsenko also believed that a single list should be headed by a person who is equidistant from all parties.

What is important, it is the independent march of “Blow” and “Freedom” in the parliamentary elections, which, according to Yulia Tymoshenko, poses the greatest threat. As a reason, she gives the risk of fraud, due to which the votes cast for the two parties, in fact, will go to the benefit of the government.

Maybe, for the leaders of the ‘People’s Self-Defense’ and the parties: ‘For Ukraine’ and ‘Reforms and Order’, association with Yulia Tymoshenko is the only chance to get into the parliament because they are too weak to do it on their own. And the union of “Fatherland” and ‘Front of Changes’ is mutually beneficial for both leaders of these parties. Yulia Tymoshenko, despite the declaration of the United Opposition Forum, officially cannot be number one in the list of the party. At the same time, A. Turchynov and Sergey Vlasenko cannot aspire to the position of new leaders of the ‘Fatherland’ and could not win by themselves, without Yatseniuk’s electorate. Therefore, Tymoshenko has a chance that the opposition, playing the card of imprisoned Tymoshenko, will as a result, win the election, and the leader of the ‘Fatherland’ will soon be released.

At the same time, Yatseniuk has a chance to become the leader of the opposition, because, in fact, he will be number one in the common list. If Tymoshenko is not released from prison after the elections (given the fact that the prosecution is ready to push another charge against her – the murder of Scherban), then the prospects for Yatseniuk to become a Tymoshenko’s ‘successor’ in the opposition field, will increase. Thus, the political prospects for Yatseniuk depend both on the election results and on the outcome of the question of whether Tymoshenko is going to be released from prison or not. But in any case Yatseniuk loses less than he receives from the association with the ‘Fatherland’.

The opposition forces are, naturally inferior to the authorities in the sphere of access to resources and to the decision-making table, still, their symbolic capital as shown by opinion polls, is very high. It became especially interesting to observe the dynamics of sociological ratings after the union to the ‘Fatherland’ and the “Front of Changes’ in a single list.

These polls show that today the common list of the ‘Fatherland’ and the ‘Front of Changes’ is gaining approximately the same number of votes as the Party of Regions (which, in turn, united Tigipko’s ‘Silna Ukraina’ (Strong Ukraine)). A poll carried out by the Kiev International Institute of Sociology, held from the 14th to the 26th of April, showed a slight advantage of the ‘Fatherland’ and “Front of Changes’ alliance over the Party of Regions – 15.9% and 15.6% respectively. Also, the Communist Party (4.7%) and ‘BLOW’ (5.9%) would enter the Parliament. The ‘Freedom’ and ‘Ukraine – Forward!’ (with the leader N. Korolevskaya), according to the results of research performed by the KIIS, do not reach the electoral threshold – they receive 2.8% and 2.3% of the vote respectively.

What draws attention is the percentage of those who do not plan to participate in the vote; according to various estimates, the number ranges from 13% to 20%.

Therefore, for now the results of sociological researches tend to show the fall of the rating of the Party of Regions and its alignment with the rating of Tymoshenko-Yatseniuk’s alliance. Later everything will depend on whether the united opposition is able to avoid conflicts with the division of seats for members from the lists and from single-member constituencies, whether personal ambitions of two strong leaders are going to lead to conflicts in the opposition, it is also dependent on success of the strategies of ‘Blow’ and ‘Freedom’ to win votes . Let us not dismiss the ‘Civic Position’ which also, like the previous two parties, has a chance to win over to its side those who are still undecided (and according to the KIIS there is still 24% of swing voters).

Now the opposition players decide for themselves the optimal strategy, and the key factor in the decision-making is the interest of the elites – party leaders. Against the backdrop of international pressure on the Ukrainian authorities, the new format of the united opposition, fall of the ratings of the government, the opposition gets additional ‘cards’ for its game. Although, despite the agenda of the United Opposition Forum, proclaimed at St. Michael’s Square, the key action is not appealing to the citizens’ opinions, but rather to their emotions, accusations, to the example of a ‘victim’ and a self-presentation in a stark contrast to the opponents. Moreover, after coming to power, the opposition promises to carry out lustration of the officials and an audit of income of their families – that is, the fight against the common enemy remains one of the main messages delivered by the opposition.

Taking into account that one of the preconditions for the transition to consolidated democracy is considered to be not so much the result of political fight, as the rules and methods of running it, the government’s actions regarding the imprisonment of opposition leaders, on the one hand are statements of opposition concerning the audit and lustration of present officials after coming to power; on the other hand, they are the evidence of the danger that the opposition wants to pay the government back in their own coin. But it will depend on the outcome of elections. Until then, a lot can still change.

More on this topic:
elections , Ukraina