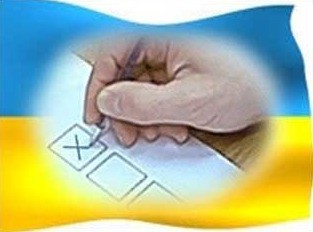 15 May 2012 | Editorial office
Table of contents:
Electoral processImprisonment of ex-Prime Minister Yulia TymoshenkoReaction of the international community to the political situation in Ukraine

The Constitutional Court took decisions regarding the electoral law, which made ​​changes in the regulation of the electoral process in Ukraine. On the 5th of April, the Constitutional Court of Ukraine recognised as unconstitutional the provision of the law on parliamentary elections attributing polling stations outside Ukraine to all single-mandate constituencies in the territory of Kyiv.  As a result, nearly 400,000 voters at the foreign polling stations will be able to vote only for the candidates on party lists. And, on the 10th of April, Ukraine’s Constitutional Court issued a decision stating that no person may run for parliament under party lists and in single-mandate constituencies simultaneously.

Experts and politicians report violations of the law and biasedapproach during the formation of electoral districts. The head of the Committee of Voters of Ukraine Oleksandr Chernenko told about the problems encountered during the formation of electoral districts, namely, deliberate ‘cutting’ of districts in the way which is convenient for individual candidates to obtain the greatest voter support. However, the CEC has denied accusations of biased approach to ‘cutting’ districts, as the key principles of their formation were legitimacy and arithmetic.

The leaders of the ‘Fatherland‘ Yulia Tymoshenko and the ‘Front of Changes’ Arseniy Yatseniuk signed the Declaration of Unity and announced the creation of a common list in parliamentary elections. The united opposition included the ‘Fatherland’, the ‘Front of Changes’, the ‘People’s Movement’, the ‘People’s Self-Defense’ as well as the parties ‘For Ukraine’ and ‘Reforms and Order’. In the list, Yulia Tymoshenko and Arseniy Yatseniuk  are going to lead as the top-rated opposition politicians. The head of a new election headquarters of the united opposition was Alexander Turchinov. Vladimir Klitschko and All-Ukrainian Association ‘Freedom’ go to the polls independently.

The United Opposition Forum of Ukraine approved the Action Programme ‘Fair state, honest government, decent life’. The meeting of the United Opposition Forum, which took place at St. Michael’s Square in Kiev on the 12th of May, was attended by supporters of the following parties: ‘Fatherland’, ‘Front of Changes’, ‘People’s Self-Defense’, ‘For Ukraine!’, ‘Reforms and Order’ and the People’s Movement of Ukraine. They approved a programme of joint actions, which they are going to complete during a national public debate. The main objectives of the opposition are leading the country out of crisis, a fair distribution of national wealth, resuscitation of the European vector of Ukraine’s integration, equal relations with Russia, tax cuts, officials lustration, the reduction of a range of powers of the authority and strengthening of local government.

Former Prime Minister Yulia Tymoshenko was transferred back from the Central Clinical Hospital № 5 in Kharkiv to the Kachanovsky colony, where she went on hunger strike on the 20th of April, and stopped on the 9th of May. As stated by the First Deputy Minister of Health of Ukraine Raisa Moiseenko, decision to transfer Tymoshenko back to the colony was made after she once again declined medical examination and treatment. Yulia Tymoshenko’s defender Sergei Vlasenko informed that Tymoshenko had bruises on her hands and hematoma on her abdomen – it was the result of her transportation from the colony to the Central ClinicalHospital № 5 on the 20th of April. He gave the lie to the statement made by the prosecutor of the Kharkiv region, Gennady Turin that Tymoshenko refused medical examination.

However, the press service of the National Prison Service informed that in the morning of the 25th of April, during Tymoshenko’s conversation with employees and physicians of the  Kachanovsky colony, she reported that she had not declared a hunger strike. On the 3rd of May, Yulia Tymoshenko’s daughter Evgenia informed that it was already the second week that her mother continued to starve and refused to stop the hunger strike, despite the request of her relatives. On the 9th of May 9, during a briefing at the walls of the hospital, the personal doctor of former Prime Minister Lutz Harms said that Tymoshenko gave up her strike, and  he began restore a normal diet for her.

Commissioner for Human Rights Nina Karpachova confirmed that  Timoshenko had been battered. In turn, Oleksandr Efremov, the leader of the faction of the Party of Regions assumed that the statement confirming the fact of beating of Tymoshenko was made by the Ukrainian Ombudsman because she was offered a place in the electoral list of the opposition in exchange for this statement. A.Efremov also stated the need for the swearing in of the new Ombudsman in order to avoid the politicisation of the post; soon after that, on the 27th of April, the newly elected Commissioner for Human Rights Valeria Lutkovskaya took the oath in the Parliament.

Reaction of the international community to the political situation in Ukraine

European officials are concerned about the situation with the arrest of Yulia Tymoshenko and Yuriy Lutsenko, and, as a result, the ratification of the Association Agreement with Ukraine has been suspended. Former Czech Senator from the Party of Civic Democrats Vlastimil Segnal began a hunger strike in solidarity with Yulia Tymoshenko. Also, on the 3rd of May, German Foreign Minister Guido Westerwelle stated that EU partners agreed that the ratification of the Association Agreement with Ukraine would be suspended until the time that the process of restoring the rule of law goes in the right direction. Earlier, on the 22nd of April, the information was spread that the Czech Republic, and, on the 24th of April – United Kingdom – are going to ratify the association agreement with Ukraine only under the condition that opposition leaders are released.

Also, Ukraine has postponed the summit of the presidents of the Central Europe countries, scheduled for May, as 14 out of 19 heads of the countries who were invited, refused to come to Yalta in protest against the treatment of the sentenced opposition leader Yulia Tymoshenko by the authorities.

According to the EU representative office in Ukraine, the EU Commissioners do not plan to attend the events dedicated to Euro 2012 Championship in Ukraine. In addition, several high-ranking officials of the EU countries refuse to visit Ukraine during the period of the football event because of the situation around Yulia Tymoshenko. The boycott of the matches of Euro 2012 in Ukraine was declared, in particular, by Austrian, Dutch and Belgian governments. Earlier, on the 30th of April, German Chancellor Angela Merkel encouraged her ministers to cancel their visits to the European Championships due to inappropriate treatment of Yulia Tymoshenko who remains in prison.

More on this topic:
election