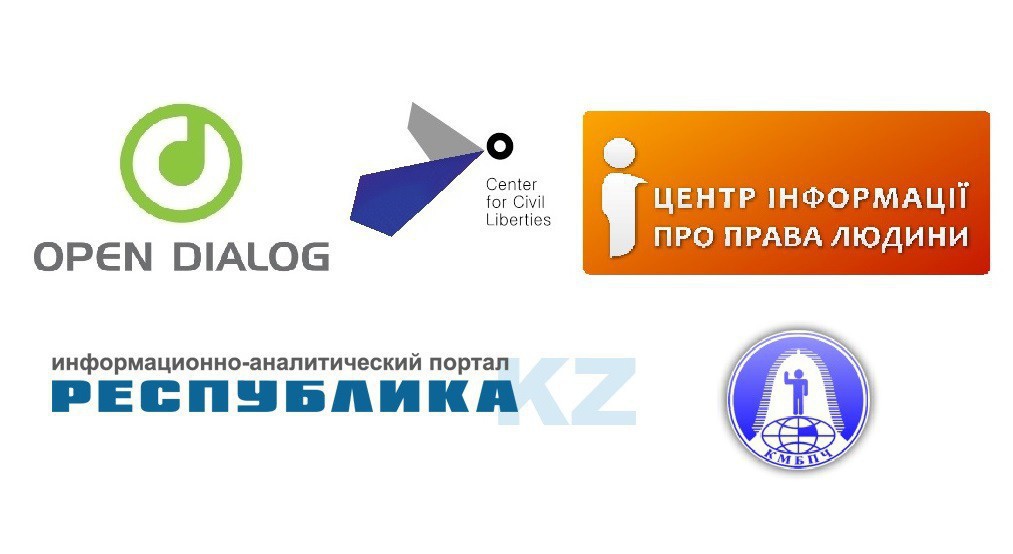 Human rights defenders appeal to the office of the Prosecutor General, Ministry of Justice and President of Lithuania requesting recognition of political motivations behind persecution of a relative of the Kazakh dissident and urging not to allow Syrym Shalabayev’s extradition to Kazakhstan or Ukraine. The Open Dialog Foundation, Center for Civic Liberties, Human Rights Information Center, Kazakhstan International Bureau for Human Rights and Rule of Law, as well as Iryna Petrushova, editor in chief of the Kazakh independent newspaper “Respublika” and Kazakh dissidents Bolat Atabayev and Muratbek Ketebayev signed the letter.

We would like to draw the attention to the fact that the case of a citizen of the Republic of Kazakhstan Syrym Shalabayev, whose extradition is sought by Kazakh and Ukrainian authorities, has a clear political context.

Syrym Shalabayev is the brother of Alma Shalabayeva, the wife of a famous Kazakh opposition politician Mukhtar Ablyazov. On 28 July, 2015, Shalabayev was detained in Vilnius, where he had earlier filed an application with the immigration authorities to be granted political asylum.

Leading human rights organisations, including Ukrainian, Russian and Kazakh, have repeatedly claimed the political context of the case of Mukhtar Ablyazov, who has been an outspoken opponent of the Kazakh dictator Nursultan Nazarbayev since the autumn of 2001.

As early as in the years 2002-2003, Mukhtar Ablyazov served a prison sentence in Kazakhstan due to his opposition activities. In 2009, the Kazakh authorities initially confiscated the BTA Bank from Ablyazov, and then accused him of financial crimes. The criminal case file expressly stated that the allegedly ‘embezzled funds’ were used to ‘change the constitutional order’ and ‘destabilise the political situation’ in Kazakhstan. In addition to financial crimes, Kazakhstan accused Ablyazov of ‘inciting social hatred’, ‘preparing a terrorist act’ and ‘committing a crime against the peace and security of mankind’ within the so-called ‘Zhanaozen case’.

The criminal prosecution of Syrym Shalabayev by the Ukrainian authorities is part of a broad campaign, carried out by the Kazakh authorities in order to persecute relatives and associates of Mukhtar Ablyazov.

And so, in May 2013, Alma Shalabayeva and her 6-year-old daughter, Alua Ablyazova were, in fact, kidnapped in Rome, and, subsequently, illegally transported in a private plane from Rome to Kazakhstan. Due to the efforts of the Minister of Foreign Affairs of Italy, human rights organisations, the UN and the European Parliament, in December 2013, the family was permitted to return to Italy, where they have been granted political refugee status.

Syrym Shalabayev was declared a suspect in Kazakhstan on 22 July, 2015, i.e. 6 years after the initiation of the first criminal case related to the ‘BTA Bank’ against Mr. Ablyazov. This fact, as well as the fact that several European Union countries have provided refuge to other relatives and associates of Mukhtar Ablyazov and denied their extradition to Kazakhstan, Russia or Ukraine, clearly confirm that the case has political overtones.

We believe that under the current circumstances, rendering Syrym Shalabayev to Kazakhstan or Ukraine is inadmissible, as he would face deliberate violation of his civil rights and freedoms in these countries, and the criminal prosecution and the trial would be partial and politically motivated. Moreover, his life and health would be under constant threat there.

We wish to particularly draw your attention to the fact that Kazakh authorities are a true mastermind behind Ukraine’s demand to extradite Syrym Shalabayev. It has been irrefutably proved by the correspondence between Kazakh officials and the Russian, Ukrainian, English, French and other law firms hired by the Kazakh authorities to wage a legal, PR and propaganda war. It was published on open-access websites and subsequently, it has been repeatedly printed in the European press as well as on the opposition website ‘Respublika’, which is completely blocked on the territory of Kazakhstan. And so, these facts have been acknowledged by the Government of the Czech Republic, which, consequently, denied the extradition of Tatiana Paraskevich to Ukraine. Tatiana Paraskevich is a defendant in the same criminal case, as Syrym Shalabayev. A similar ruling was handed down by the court in Great Britain, which refused to extradite Igor Kononko to Ukraine due to the obvious influence, exerted by the Kazakh authorities on law enforcement bodies of Ukraine.

We would like to emphasise once again that Kazakhstan is a close political ally of Russia, with both being members of the Eurasian Economic Community and the Collective Security Treaty Organisation (CSTO); in this connection, they have a common defence system. For this very reason, Russian President Vladimir Putin, fulfilling the request of his Kazakh counterpart Nazarbayev, appointed his assistant YevgeniyShkolov a curator on all matters related to Mukhtar Ablyazov, his relatives and associates.

Yevgeniy Shkolov, a sworn officer of the KGB of the USSR era, who served with Putin in residency in East Germany, regularly holds meetings with senior representatives of the Russian and Kazakh General Prosecutor’s Office, Interior Ministry, heads of other government departments and top managers of the National Welfare Fund ‘Samruk-Kazyna’. At the meetings, decisions are issued, and then they are implemented by all Russian state agencies, including courts.

It follows from the correspondence published in the press that the request for extradition from Russia and Ukraine were initiated by the Kazakh side, which controls the timing of their sending, verifies and corrects the content of materials, provides translation and covers the expenses connected with the translation to an appropriate foreign language.

Thus, the Russian law firm ‘Quorum’ and its partner Andrey Pavlov, acting in the interests of Kazakhstan, maintain the direct informal contact not only with the Ukrainian law firm ‘Ilyashev and Partners’ and its director, Roman Marchenko, but also with an investigator of the Interior Ministry, Nikolay Budilo who supervises investigation in the case of Ablyazov and other persons in Russia.

The whole struggle of the Kazakh authorities against Mukhtar Ablyazov is supervised by Prime Minister of the Republic of Kazakhstan Karim Masimov, who, in the spring of 2014, personally negotiated with Sergey Pashinsky, the then head of the Presidential Administration of Ukraine that the criminal case against Ablyazov would not be closed after the escape of the government of Yanukovych.

Kazakhstan is a country with an authoritarian political regime, whose president has governed unchallenged since 1989, when Nazarbayev was elected first secretary of the Communist Party of the republic. Since 2007, in accordance with the Constitution, he has held the official title of the ‘Elbasy – the leader of the nation’. Currently, the political regime in Kazakhstan is becoming increasingly oppressive: independent media are closed, and opposition politicians and activists face reprisals.

Ukraine is in a deep crisis of selective justice; it is facing a lack of possibility to overcome the all-consuming corruption in law enforcement bodies, which predominantly fulfill the political will of the President and the Prime Minister of the country. Over the past few months, representatives of the governments of the US, the ЕU and the UN Special Rapporteur on the lawsuits Christopher Haynes decried the sabotage of the reform and the inability of the Ukrainian authorities to carry out the reform of the judiciary and law enforcement systems. In fact, the staff of law enforcement agencies and the judiciary has been largely kept on from the time of Yanukovych. For this reason, representatives of the Kazakh authorities feel at ease there, and may continue to influence the Ukrainian officials in order to persecute their opponents on behalf of Ukraine.

According to reports from the Ombudsman and the results of the monitoring by human rights defenders, as a result of a sabotage of the reform, Ukraine cannot provide guarantees of appropriate conditions of detention or protection from torture in prison. Shalabayev may be interrogated in the interests of Kazakhstan, or even temporarily rendered to Kazakhstan under the pretext of carrying out the investigation. Also, Ukraine continues to remain on the list of most corrupt countries, according to Transparency International.

In the light of the aforementioned facts, we hereby call to take into consideration the political motivation behind the prosecution of the relative of the Kazakh politician and prevent the extradition of Syrym Shalabayev to Kazakhstan or Ukraine.

Olexandra Matviichuk,
Head of the Board of the Center for Civil Liberties

Tetyana Pechonchyk,
Chair of the Board of the Human Rights information center

Yevgeniy Zhovtis,
Chairman of the Kazakhstan International Bureau for Human Rights and Rule of Law