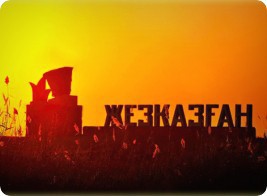 The conflict is growing in the Zhezkazgan Central Heating Plant

Against the backdrop of an increasing number of strikes of workers in large Kazakh enterprises, a labour dispute between the company’s employees and the management of the corporation in the Zhezkazgan Central Heating Plant (CHP), which is part of the ‘Kazakhmys’ corporation, requires special attention. The Foundation succeeded in talking to employees of the CHP, who described the situation in the enterprise.

Today, just like in most other protesting labour groups in Kazakhstan, the CHP workers are dissatisfied with the level of salaries they currently receive and subsequently they demand a substantial increase. After the performance review, the average salary of employees of the CHP as of the 1st of April, 2012 increased from 60 thousand tenge (€ 325) to 80-90 thousand tenge (€ 430-480) per month. However, according to CHP employees, this amount is still below the national average. “The money is barely enough to pay utility bills, not to mention ensuring an adequate standard of living, everything has become more expensive: electricity, rent, food!” – says Aizhan Makhatova.
On the 18th of April, 2012, CHP employees filed a collective letter to Edward Ogay, the chairman of the Board of the ‘Kazakhmys Corporation’ with a request to revise the system of remuneration in the enterprise. 180 workers of the Zhezkazgan Central Heating Plant signed this collective letter (the CHP employs approximately 750 people).

The CHP employees received no response to their letter, and so on the 10th of May, 2012, they wrote another letter to E.Ogay, in which they requested a meeting of the management of the corporation with the working team of the ZCHP. They received no response to the second letter, either. After that, on the 22nd of May, 2012, the Zhezkazgan CHP workers filed a letter to the prosecutor of the city in which they complained about the inaction of E. Ogay, who, for months, has failed to respond to the written request from the employees of the CHP.  They also addressed the director of the CHP Dulat Syzdykov and Baurzhan Shingisov, the Akim of the town of Zhezkazgan, but it failed to have an impact on the situation surrounding the labour conflict.

In addition, the CHP workers complained about the inaction of the local labour union, which does not respond to their needs and does not protect the interests of the workforce of the enterprise. In this regard, they organised an action group (they held a meeting of the ZCHP workers, signed a protocol on the establishment of the action group), which represents the interests of the Zhezkazgan CHP’s workers. The group includes Galina Koloskova, Aizhan Makhatova, Aleksandr Pasechnik, Zhibek Esengabulova.

Since the beginning of the labour conflict, members of the action group have constantly received threats of dismissal. According to Aizhan Makhatova and Zhibek Esengabulova, the director of the CHP Dulat Syzdykov ordered them to come to his office and ambiguously inferred that they may experience problems at work, saying: “It’s a small world, aren’t you afraid what is going to happen with you next?” – the CHP workers quoted the director.

The CHP employees are perfectly aware of the strikes in other Kazakh companies and are willing to actively defend their standpoint to the end. They emphasise that they have no political goals and they just want to receive a decent salary. The CHP employees are determined to appeal to the president of the country (soon a planned visit of  Nursultan Nazarbayev to Zhezkazgan is going to take place),  it therefore remains a distinct possibility that they will have to organise a protest rally to defend their standpoint in this conflict.

More on this topic:
strike , Zhezkazgan