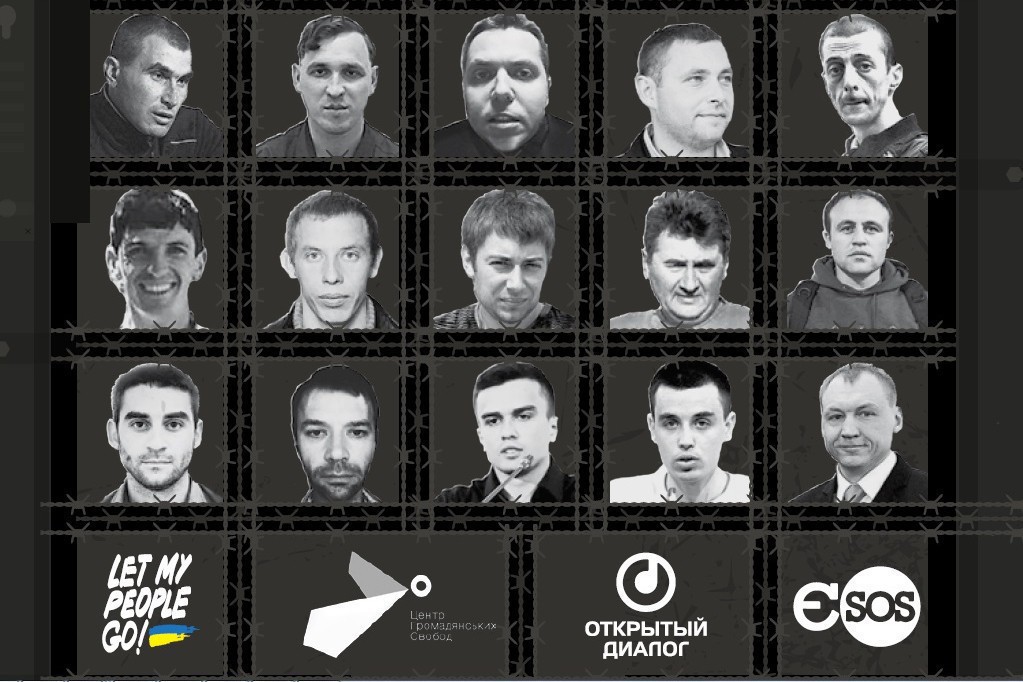 Report: ‘28 hostages of the Kremlin’

Within the framework of the human rights campaign ‘LetMyPeopleGo’, the Open Dialog Foundation and the Civic Initiative ‘Euromaidan SOS’, present a report about 27 Ukrainians and 1 citizen of a European country who have faced unlawful and politically motivated criminal prosecution in Russiaand the occupied Crimea.

Russian authorities perceived the democratic revolution in Ukraine as a direct threat to Russia’s authoritarian regime. They responded with military aggression and the occupation of part of Ukraine which has always positioned itself as a ‘brotherly state’ to Russia.

With a view to legitimising the annexation of the Crimean peninsula and the participation of the Russian army in the armed conflict in the Donbas in the public opinion, the authorities resorted to powerful state propaganda, designed to portray Ukraine and its inhabitants as the embodiment of an external enemy. One of the support mechanisms for this image was the initiation of a number of trumped-up criminal cases against Ukrainians, who were accused of such serious crimes as ‘genocide’, ‘mass murder’, ‘terrorism’ and ‘espionage’. Innocent people have become victims of criminal prosecution who either by chance, or due to the actions of the security services, have found themselves in the hands of Russian ‘law enforcement agencies’.

A wave of politically motivated persecution has also swept the annexed territory of Crimea. The purpose of this persecution was to spread an atmosphere of fear across the peninsula and thus prevent any public speeches being made against the occupying powers.

Besides propaganda purposes, Moscow also uses imprisoned Ukrainians as hostages and the subject of their possible release as a bargaining chip during international negotiations. Also, they continually disseminate information about a possible exchange of Ukrainians for Russian servicemen, detained in Ukraine.

Thus far, it has been confirmed that at least 30 Ukrainians faced unlawful criminal prosecution in Russia on the basis of their ethnicity or political views.The true number of those prosecuted may be several-fold higher.

Russia has not limited itself to prosecuting Ukrainians. In September 2014, Estonian Security Police officer Eston Kohver was abducted from the territory of Estonia. This case demonstrated that European governments should also be wary of the threat of kidnap and unfair prosecution of their citizens by Russia.

The prosecution of Ukrainians in Russia are of a political nature, that is, they have openly and increasingly frequently, concealed the true reasons behind actions or the inaction of the authorities in carrying out the prosecutions. Ultimately, all the various forms and circumstances underlying the reasons for the prosecutions can be reduced to two goals of the authoritarian Russian regime: involuntary termination or a change in the nature of one’s public activities and maintaining a specific political force in power.