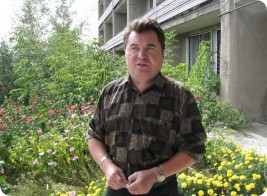 05.06.2012, the city of Shakhtinsk. A famous public figure, Vice-Chairman of the Public Organization “Miner’s Family”, Tahir Mukhamedzyanov, was found dead in his own apartment. The exact date of his death remains unknown. According to the word of the staff of the “Miner’s Family” Organisation, on Saturday, June 2nd, he was fine, he talked with the miners. On June 5th, T. Muhumedzyanov did not come to work, did not respond to calls which evoked suspicion. Employees of the organisation went to his house and called at the door, but still, no one answered. When the employees of the public organisation called the district police officer and broke down the door, they found Tahir dead in his apartment.

Janat Sambek, spokesman for the Department of Internal Affairs of the Karaganda region, said that there were no signs of T. Muhamedzyanov’s violent death. According to Natalia Tomilova, Chairman of the PO “Miner’s family,” she was at the apartment at the time when Tahir Muhamedzyanov was found dead. “I went there first so that the signs of violence would not be hidden. I thought that maybe there were signs of a struggle – they also would be seen – but I saw nothing like that. I just saw him lying near the balcony, the door was open, the body did not bear any signs of injuries, at least I did not find any, but I’m not an expert. His face was all blue and unrecognizable – I thought that maybe he was beaten. But then I was told that it was a heart attack. In all likelihood, he died either on Saturday or Sunday”- said Natalia Tomilova.

Tahir Mukhamedzyanov, born 1960, graduated from the Mining College. He worked for 29 years at the mine, including 27 years directly in the underground service. The last place of work was the “Tenteksaja” mine belonging to the “ArselorMittalTemirtau” Company. He worked as a deputy chief of a section. But soon Mukhamedzyanov was fired, and then filed a petition to the court to reinstate him at work and asked the Public Organization “Miner’s family” for help. Shortly thereafter, he became an activist of the organization. The duties of Tahir Muhamedzyanova as deputy chairman of the association “Miner Family” included communication with community organizations and miners – current and former and the disabled.

According to the words of Tahir Muhamedzyanov’s colleagues in civil activities, he was repeatedly pressured from all sides. In October 2010, a garage was blown up containing a car owned by the activist. Tahir himself linked the incident with his social activities. In an interview he openly declared that the “Miner’s family” activities disturb, above all, the management of JSC “ArselorMittalTemirtau”.

The “Open Dialogue” Foundation expresses its condolences over the incident to the family, friends and associates of Tahir Muhamedzyanov and appeals to the investigating authorities and the Kazakh authorities to conduct a thorough examination of the reasons for the activist’s death.