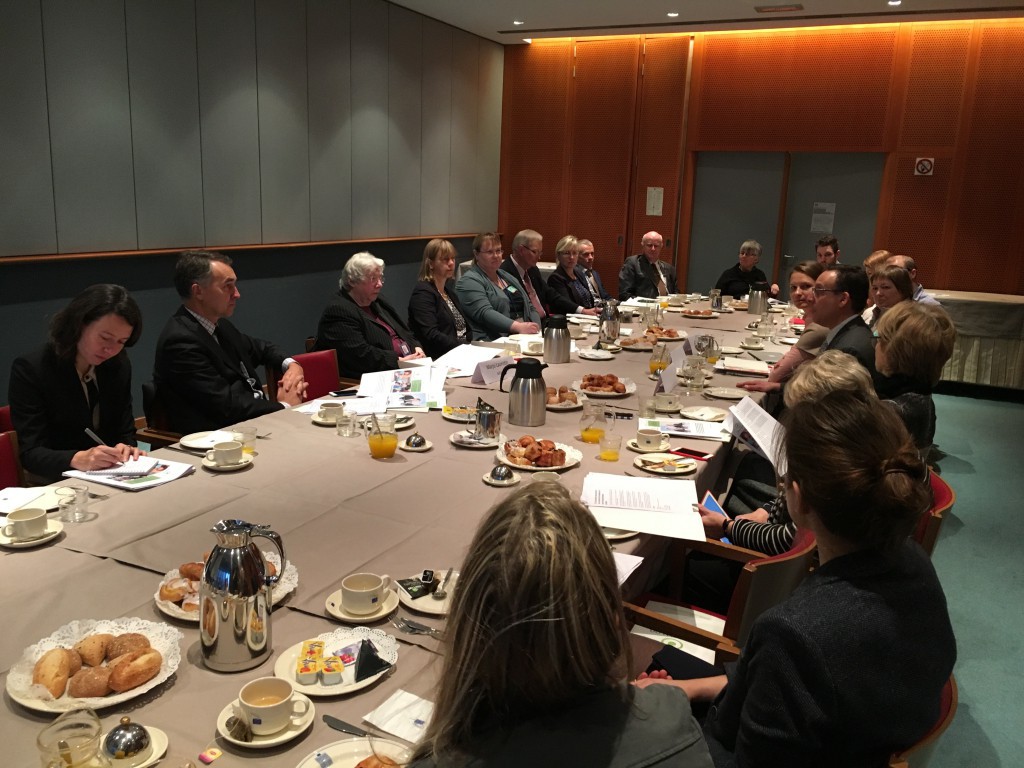 On Tuesday, 26 January 2016, the Open Dialog Foundation and the Estonian Member of the European Parliament Mrs Marju Lauristin (Socialists and Democrats) organised a high-level working breakfast at the European Parliament in Brussels dedicated to the topic of media freedom in Kazakhstan and the persecution of Kazakh independent journalists and bloggers, in the country and abroad. 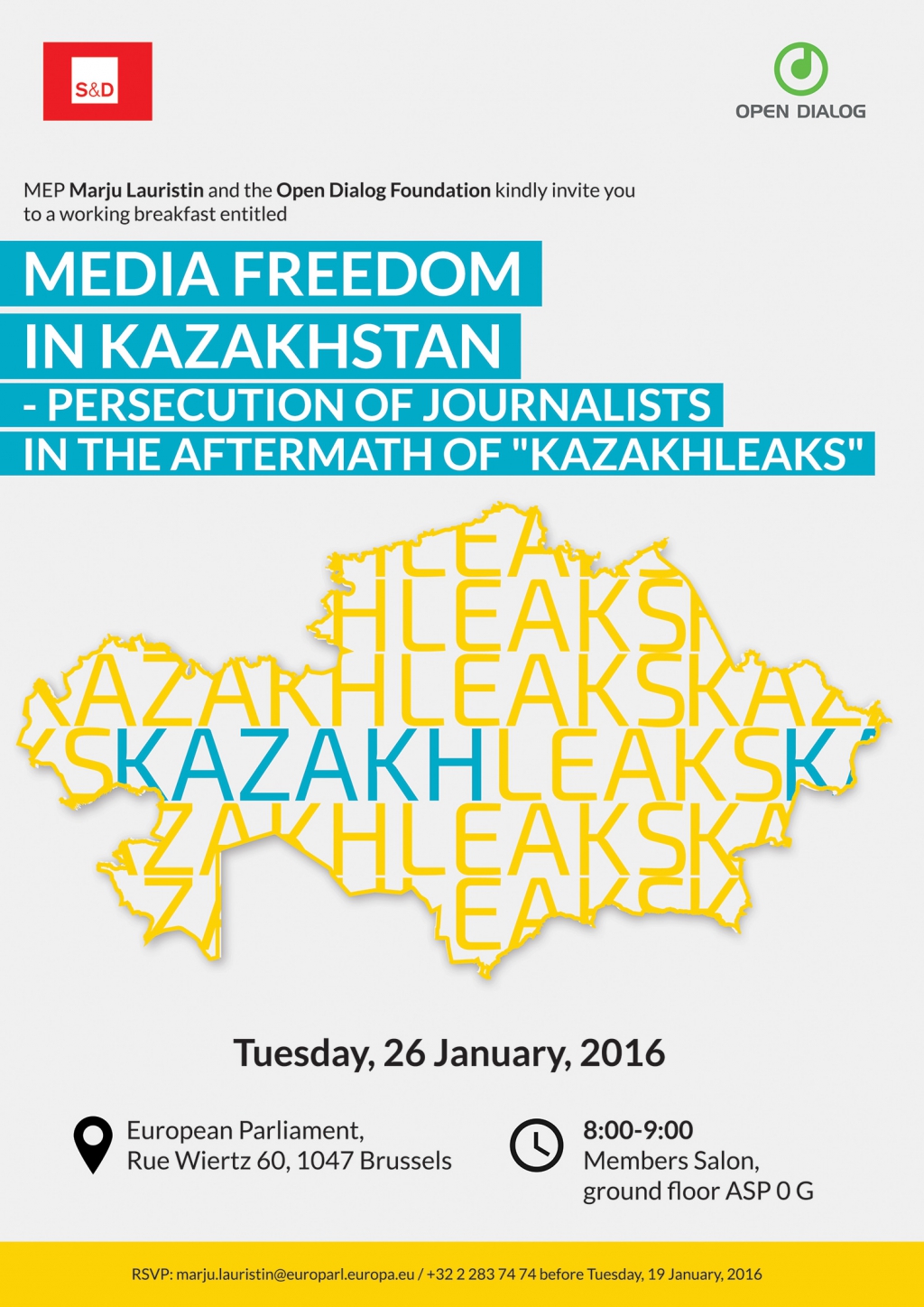 The report on the recent cases of clampdown on freedom of speech carried out by Kazakh authorities, including these of Nakanune online portal in Kazakhstan and Respublika media outlet in the United States were discussed.

The participants, mostly Members of the European Parliament, diplomats from the European External Action Service and national embassies in Brussels, as well as a representative of the Office of the OSCE Representative on Freedom of the Media, were presented with an overview of the legal actions undertaken by Kazakhstan against the independent journalists and bloggers who have been publishing articles inconvenient for the authorities and focusing on massive corruption and tools used to persecute the Kazakh political opposition and civil society in the country and abroad.

Some of these publications, based on the disclosed correspondence of high-level Kazakh politicians and public officials, which served as the basis for the so called “KazakhLeaks” scandal, were presented in details by Lyudmyla Kozlovska, the President of the Open Dialog Foundation.

The current situation of Nakanune’s journalists Gyuzyal Baydalinova and Yulia Kozlova, accused of ‘spreading false information’ and currently facing between 3 and 7 years’ imprisonment, was highlighted by Irina Petrushova, the editor-in-chief of Respublika, in 2002 awarded the International Award for Press Freedom by the Committee to Protect Journalists.

Moreover, David Greene, the Civil Liberties Director at Electronic Frontier Foundation, representing Respublika pro bono in the United States, described how the Kazakh authorities, with the support of two law firms in the states of New York and California, have been misusing the American anti-hacking law. He explained the audience how the Computer Fraud And Abuse Act serves for the Kazakh government as a tool of persecution against the Kazakh independent journalists having their websites and social media profiles on the American web servers.

Following the presentations, the participants discussed what actions should be taken by the European Parliament and its members. The need of more active roles of the Subcommittee on Human Rights and the Delegation to the EU-Kazakhstan Parliamentary Cooperation Committee, as well as the significance of the Enhanced Partnership and Cooperation Agreement were raised. As the EPCA between the EU and Kazakhstan, signed recently in December 2015 in Astana, is awaiting its ratification by the European Parliament and the national parliaments of the EU member states, the guests agreed that it shouldn’t be possible until Kazakhstan fulfils its international human rights obligations. Additionally, in its recommendations, the Open Dialog Foundation urged for amendment of Kazakh legislation and removal of overtly political articles on ‘incitement of national or social discord’, ‘defamation’ and ‘spreading false information’.

Additionally, a delegation of the Open Dialog Foundation and the Electronic Frontier Foundation representatives and guests met with the Chairmen of the European Parliament Foreign Affairs Committee, Elmar Brok, and the Committee on Legal Affairs, Pavel Svoboda, as well as with several other Czech Members of the European Parliament and the EU member states’ diplomats based in Brussels.

The recent statements of the international organizations and other human rights NGOs on media freedom in Kazakhstan, and particularly the Nakanune and Respublika cases are available below: