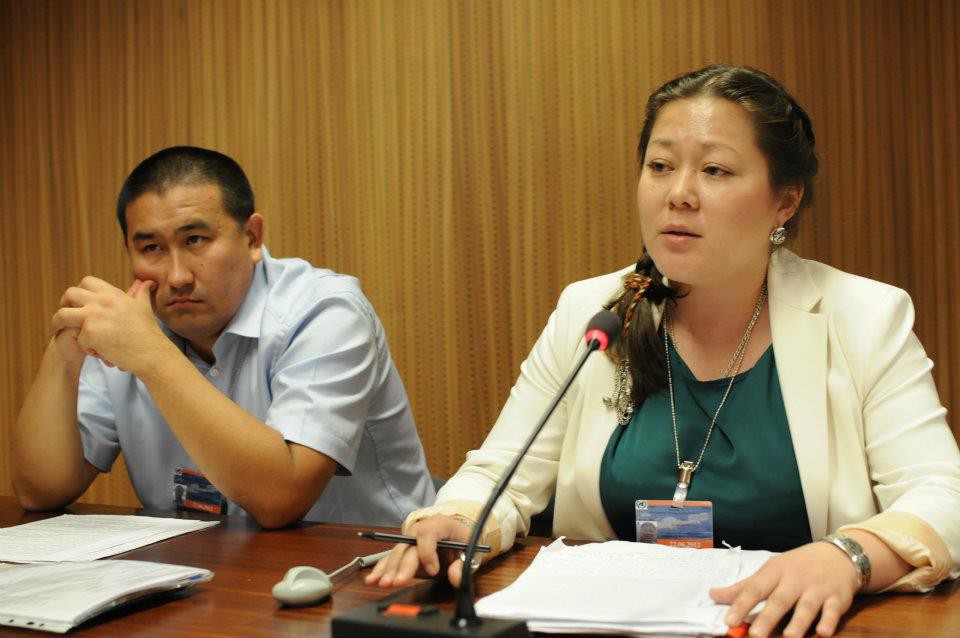 The statement on detention of human rights defender Asel Nurgaziyeva

The Open Dialog Foundation expresses its concern over the detention and attempts to put pressure on the lawyer Asel Nurgaziyeva, a Kazakh human rights activist and the head of the Atyrau Public Association ‘Zaman’.

On the 7th of June, 2012 in the Atyrau Airport Asel Nurgaziyeva was detained and taken to the Bailiff’s Department. The formal reason for the detention of the human rights defender was the court’s decision on bringing her to the administrative liability for failure to pay off the loan in the amount of 241 thousand tenge (approx. 1,300 euros).

Asel Nurgazieva was about to fly to Aktau to help the victims draw up appeals in the case of the police officers involved in shooting at protesters. Lest we forget that on the 2nd of May, 2012, Nurgaziyeva voluntarily renounced the OSCE observer status in the Aktau judicial process in order to protect the interests of the Zhanaozen oil workers. After being detained, the human rights defender couldn’t come to Aktau and, probably, she will not be able to do this for some time.

According to A. Nurgaziyeva, the history of the debt owed to the bank started a few years ago – in 2005, when she bought a car with the money loaned from the bank. Subsequently, the car was stolen, and the hijacker crashed and was killed in the accident. As a result, the car could not be returned to her, and she was left with a loan to be paid off. By the decision of the Court in 2008, Nurgaziyeva must pay 241 thousand tenge to the bank. Because of financial difficulties, although irregularly, still she has made some payments of small amounts of money, and, until recently, neither the bank nor the bailiffs have filed any complaints. The problems began only after A. Nurgaziyeva began to protect the rights of the accused oil workers. On the 2nd of May, 2012, she voluntarily resigned the post of the OSCE observer in the Zhanaozen judicial process, and the next day she got a phone call from a bailiff who demanded she turn up immediately and write an explanation about the debt. “I do not refuse to fulfill obligations to the bank, but when for so many years the matter was not urgent, why are they in a rush now?” – says Asel Nurgaziyeva.

The bailiff warned Nurgaziyeva that she must pay off the loan within 5 days, otherwise she may face liability, including a criminal one. In this regard, the journey of the human rights defender to Aktau was disrupted.

The Open Dialog Foundation hereby declares that the politically based pressure exerted on Asel Nurgaziyeva is impermissible and underlines that the oppression of independent media and civil society activists contradict the assurances and promises, given by Kazakh government to the European Community. The Open Dialog Foundation also expresses the hope that the Kazakh authorities will not interfere with the participation of Asel Nurgaziyeva in the conference on the judicial processes in Aktau, which is going to be held in the European Parliament.