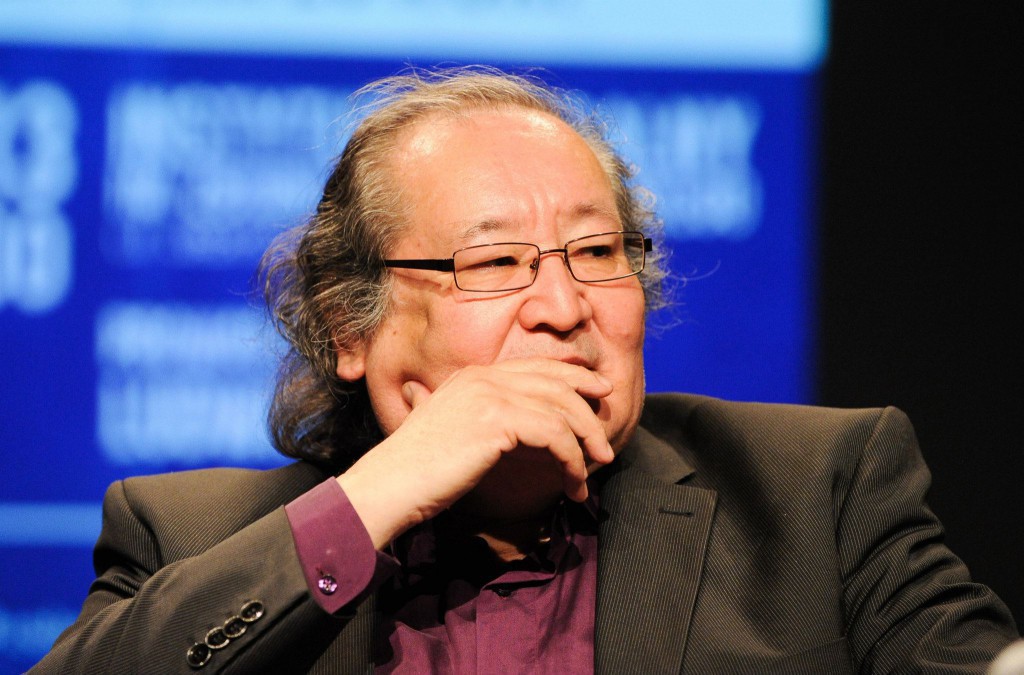 On Friday, 15.06.2012, the National Security Committee officers arrested a well-known theater director and activist of the opposition movement “Halyk Maidany”, Bolat Atabaev, as well as the leader of the youth organization “Rukh pen til”, Zhanbolat Mamay. Both of those arrested are accused of inciting social discord during the tragic events in Zhanaozen in December 2011.

According to the newspaper “Voice of the Republic”, the arrest of Bolat Atabaev and Zhanbolat Mamay on 14.6.2012 was sanctioned by the Almalinskiy District Court in Almaty. Prior to that, they remained under house arrest.

Bolat Atabaev, winner of the Goethe Prize, was arrested on the morning of 6.15.2012 in front of his house. The witnesses were neighbors of the director: “After 10 o’clock in the morning, when Atabaev went out of the driveway and walked down the sidewalk, he was approached by people in civilian clothes who twisted his arms behind his back, and led him to the car. Noise began, people gathered. The men introduced themselves as NSC officers and demanded of the crowd to be quiet, “- said one of the tenants of the house, Oleg Kuskov. He also said that Bolat Atabaev was taken to a Toyota car. It should be noted that the previous day, 14.06.2012, Bolat Atabaev said on Facebook that for the whole day a Toyota car was following Zhanbolat Mamay”, “behind the wheel of which sat a familiar NSC worker”.

Zhanbolat Mamay also was arrested on 15.06.2012. He was detained in his apartment.

Earlier in the media, information has repeatedly appeared that Bolat Atabaev and Zhanbolat Mamay refuse to voluntarily be on the agenda for questioning in the Zhanaozen Department of CNS, “in protest against the unjust sentence for oil industry workers in Zhanaozen and Shetpe».

Zhanbolat Mamay and Bolat Atabaev are charged under Art. 164 of the Criminal Code of the Republic of Kazakhstan (incitement of social hatred.) In the same case as the accused, is the leader of the unregistered party “Alga!” Vladimir Kozlov, and the opposition leader Serik Sapargali who were arrested 23.01.2012. Most likely, all of them will be judged in the same court, as it has been repeatedly stated that the suspects acted as an organized crime group.

Previously, 07.06.2012 Vladimir Kozlov told his wife during a visit that investigators made him an offer of “cooperation” for liberation, if he testifies against Mukhtar Ablyazov. According to the words of Alia Turusbekova: “Vladimir Kozlov will never give such evidence…”.

Bolat Atabaev and Zhanbolat Mamay informed about receipt of such proposals from law enforcement agencies even before the arrest. In their case, they were offered to blame Vladimir Kozlov in exchange for acquiring the status of a witness. It is possible that it was the refusal by those social activists to blame the leader of the opposition party “Alga” and the desire of the NSC to obtain this testimony at any cost which became the reason for today’s arrests. It is obvious that the investigators are trying to persuade opposition leaders to testify against each other. In view of the approaching trial on charges of inciting social discord in Zhanaozen, there are serious concerns about the objectivity of the court, and prosecution evidence to be presented at the trial.

According to Mikhail Sizov, acting as the head of the organizing committee, this list of arrested opposition leaders, obviously, will not end: the regional leaders of the opposition party “Alga” are summoned today by the National Security Committee. They are asked about their relation with Mukhtar Ablyazov’s party.

The “Open Dialogue” Foundation is deeply concerned about worsening of repression in Kazakhstan, in particular about the arrests of Bolat Atabaev and Zhanbolat Mamay, because the Department of National Security Committee in Almaty until this time has not commented on the situation with the detention of opposition figures. We appeal to the international civil community to start a campaign of support and solidarity with the detainees and send requests to the local embassy offices in Kazakhstan with the requirement to explain the reason of arrest of the Goethe Prize winner Bolat Atabaev and the leader of the youth movement “Rukh pen til”, Zhanbolat Mamay.