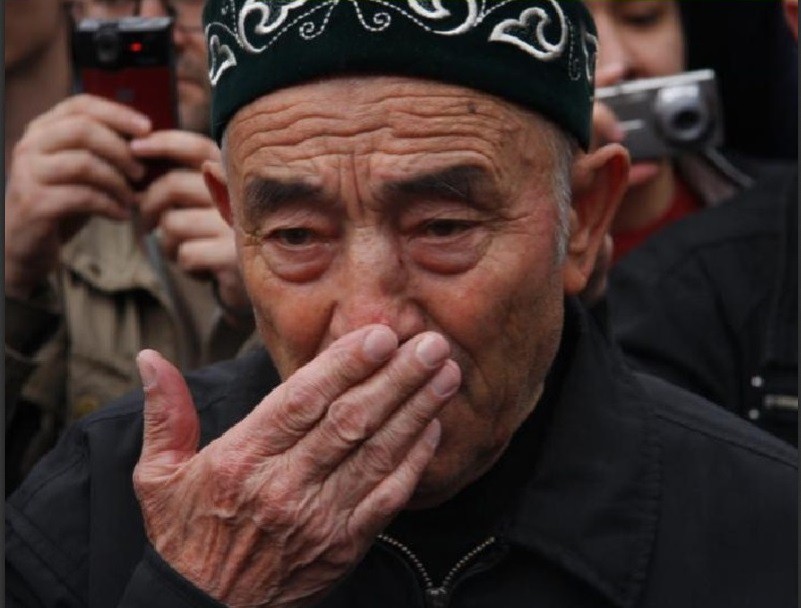 Observation Mission for human rights in the Republic of Kazakhstan (from the 23rd to the 30th of April, 2012)

From the 23rd to the 30th April, 2012, members of the Observation Mission for human rights in the Republic of Kazakhstan visited the country in connection with the events of December 16, 2011 in Zhanaozen, and their consequences. The mission was organised with the support of the Open Dialog Foundation (Lublin, Poland). The Mission included Ukrainian human rights activists and journalists, namely: Konstantin Reutskiy, Tatiana Pechonchik, Andrey Chernousov, Yelena Aschenko and Vladimir Nestorak. The Mission was headed by the leading expert at the Center for Civil Liberties – Nazariy Boyarskiy.

The members of the Mission visited the city of Almaty, Aktau and Zhanaozen. The purpose of the Mission was to assess the situation of compliance with such fundamental human rights as freedom of peaceful assembly, freedom of speech, freedom of association and the right to a fair trial. According to the Mission members, these rights are key factors in the context of the events of the 16th of December, 2011.

The main source of information for members of the Mission were direct observations during the visit: participation in the trials, tracking the progress of peaceful assembly, interviewing representatives of public authorities and civil society activists, interviewing victims of the events of the 16th of December, 2011, and relatives of the defendants-oil workers, getting acquainted with the public opinion in Almaty, Aktau and Zhanaozen. As a result of processing the information received, a Report on the results of the Observation Mission of the human rights situation in Kazakhstan was prepared.

When evaluating the events of the 16th of December, 2011 in Zhanaozen and judicial processes connected with them, the following facts raised some concerns of the members of the Mission:

Freedom of peaceful assembly. In Kazakhstan, there is a licensing procedure of peaceful assembly, which is often used by the authorities to restrict the right of citizens to assemble peacefully. For example, on the 28th of April, 2012 in Almaty, another unauthorised ‘Rally of Dissenters’ took place. The rally, according to observers, was attended by approximately 250-300 people. Despite repeated appeals of the organisers to the Akimat of the city with a proposal of various options for the venue of the rally in the city center, its holding was denied. An unauthorised rally was held in the park near the Kazakhstan’ hotel, as the previously announced venue – the square in front of the Palace of the Republic, was closed and cordoned off with metal fences and buses. In their speeches, demonstrators demanded that the events that took place in December, 2011 in Zhanaozen, as well as the attempted assassination of the independent journalist Lukpan Akhmedyarovbe, be considered in an unbiased manner. They also demanded that the arrested oil workers, as well as opposition politicians and activists, which they called political prisoners, be released. Before the start of the rally, police officers detained the opposition activist Ermek Narymbaev.

Freedom of association. In Kazakhstan, the government systematically impedes the activity of oppositional social associations and parties. In particular, in the early 2000s, the authorities refused to register the social association ‘Democratic Choice of Kazakhstan‘ (DCK), referring to the discrepancy between the Russian and Kazakh versions of the statute, although many attempts of a new translation have been made. In 2004, the opposition succeeded to register the DCK party, which operated for six months and was shut down by the court for appeals to overthrow constitutional order. In 2006, for registration of the ‘Alga!’ party, a list of party members, including 53 thousand names, was filed to the Ministry of Justice. The Ministry of Justice announced the suspension of the registration process in connection with the verification of the list of party members, which has been carried out for six years now. Also, the authorities did not allow the registration of the opposition party, ‘Khalyk Maidany – The Popular Front’ because allegedly, a few days before, another association was registered with a similar name. In 2011, the activity of the Communist Party of Kazakhstan was suspended for six months for the participation of its leader Gaziz Aldamzharov, in an unregistered opposition movement by ‘Khalyk Maidany – The Popular Front.” In late January, the leader of the unregistered party ‘Alga!’ Vladimir Kozlov was arrested, and his property was confiscated. The Prosecutor’s Office of Kazakhstan also sends warnings to the activists of the ‘Alga!’ party and the social coalition ‘Khalyk Maidany’ in which it is stated that by participating in these associations, the activists violate the law, thus, psychological pressure is exerted on them.

Freedom of speech. Most of the mass media, operating in the Republic are controlled by the government – either directly or through affiliated business entities. By direct interference in editorial policy or by exerting economic pressure on owners, authorities are able to form an information field in the country which is favourable for them. Those newspapers and the media that criticise the events in the country are subjected to pressure and harassment. In particular, the ‘Respublika’ newspaper has been repeatedly denied a license, its employees have been intimidated, DDoS-attacks were committed against the newspaper website. The Kazakh printing houses refuse to cooperate with the newspapers, which is why the newspaper is forced to print its issues in the Russian Federation. Criminal Code of the Republic of Kazakhstan provides for criminal liability of journalists for insult and defamation. Thus, in January, Igor Vinyavskiy, the editor of the Republican weekly newspaper ‘Vzglyad’ was arrested for the leaflets with a picture of the president and the slogan ‘Let’s get rid of him!” which were found in his car. Journalists of Kazakhstan are often abused and beaten. For example, on the 20th of April, 2012, Lukpan Akhmediarov, a journalist of the ‘Uralskaya nedelya’ newspaper was severely beaten. The journalist was shot from a non-lethal weapon, he suffered eight stab wounds. Despite the existence of the article in the Criminal Code of the Republic of Kazakhstan, providing penalties for obstructing journalist’s professional activities, this standard for the protection of journalists is not used effectively.

On the basis of the results of observations made during the visit, the Mission members expressed their concern over the use of force by law enforcement bodies during the events of the 16th of December, 2011 in Zhanaozen and the subsequent course of the trial of oil industry workers. The Mission members hereby urge the government of the Republic of Kazakhstan to make every effort to ensure the full and objective investigation of the events of the 16th of December, 2011, a fair and public review of these cases by an independent and impartial court and to provide legal assistance to the defendants – oil workers, as well as to bring Kazakhstan’s legislation into line with international obligations, assumed by the country in the sphere of human rights. The Mission members hereby call on the international community to support the Kazakh authorities in this matter and to continue to monitor the situation in the Republic of Kazakhstan.