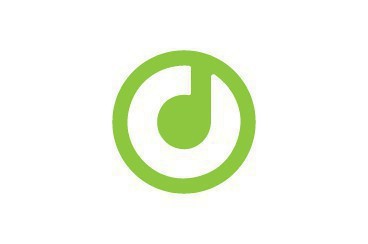 The Moscow Helsinki Group, the ‘Civil Assistance’ Committee, the Human Rights Society ‘Memorial’ and the All-Russian Movement ‘For Human Rights’ appealed to the international community with regard to the case of the Kazakh opposition politician Mukhtar Ablyazov. Prominent Russian human rights activists, who have been engaged in human rights activity since Soviet times, urged the French government to cancel the decision to extradite Ablyazov.

The documents, published on the kazaword.wordpress.com portal in 2014 confirmed the political context of Ablyazov’s case, as well as the fact of fabrication of the charges, brought against him and extradition requests, filed against him. In their letter, Russian human rights activists presented the most revealing excerpts of the published correspondence and called for the consideration of the new circumstances in the case of Ablyazov.

Representatives of the British authorities:
Philip Hammond, Secretary of State for Foreign and Commonwealth Affairs;
Crispin Blunt, Chair of the Foreign Affairs Committee in the House of Commons;
Lord Christopher Samuel Tugendhat, Chair of the EU-External Relations Sub-Committee of the House of Lords;

We, the representatives of Russian human rights organisations, would like to draw your attention to the fact that the Kazakh opposition politician and political refugee Mukhtar Ablyazov is currently facing extradition from France to Russia. We hereby urge you to prevent the execution of the extradition decision, as it would violate international human rights agreements and would be an example of defenselessness of political refugees in the face of attacks from authoritarian states.

In 2001, Mukhtar Ablyazov became one of the founders of the influential opposition movement ‘Democratic Choice of Kazakhstan’; subsequently, as a result of a conflict with President Nazarbayev, he was sent to prison in Kazakhstan where he was subjected to torture. Nursultan Nazarbayev, who has single-handedly governed Kazakhstan for more than 25 years, has eliminated dissent and banned independent media outlets in the country. Nazarbayev’s opponents have been killed, or imprisoned, or in exile. Mukhtar Ablyazov, similarly to the political prisoner Vladimir Kozlov, currently incarcerated in a Kazakh prison, is a representative of the democratic opposition who continues to struggle against Nazarbayev’s authoritarian government. In 2011, Ablyazov was granted political asylum by Great Britain.

By misusing international treaties and using INTERPOL mechanisms for political purposes, Kazakhstan’s regime managed to bring about the arrest of Ablyazov in France. For almost three years now, Ablyazov has been held in custody in France. French courts have granted Russia’s extradition request, having examined solely ‘its compliance with the procedural rules’. On 17 September, 2015, French Prime Minister signed a decree on the extradition of Mukhtar Ablyazov to Russia, citing the decision of the Russian Judge Krivoruchko who is listed in the ‘Magnitsky list’.

Unfortunately, the French government ignored numerous statements by international human rights organisations regarding the inadmissibility of Ablyazov’s extradition. Also, it wasn’t taken into account that 9 EU Member States have granted asylum to Ablyazov’s associates, who were presented with similar charges. Also, their extradition to Russia, Ukraine and Kazakhstan was denied.

The extradition case has recently reached its final stage. During recent meetings with politicians and diplomats in France, the concerns of human rights defenders, who feared that in a one-and-a-half or two months France might issue a final decision to extradite Ablyazov, have been confirmed. At the same time, the French government does not pay attention to the occurrence of new serious circumstances which require a review of the extradition case.

The publicised correspondence documented the political context of Ablyazov’s case, as well as the fact of fabrication of the charges, brought against him, as well as requests for his extradition.

The published documents confirmed that, at the request of Kazakhstan, which has no extradition treaty with France, criminal cases against Ablyazov were initiated in Russia and Ukraine. Kazakhstan gave direct instructions on the case, produced drafts of written charges for Ukrainian and Russian investigators and provided financial gratuity for the ‘work done’. The agreements made, were executed by Russian investigators, some of whom have been included in the ‘Magnitsky list’. One of them, Nikolay Budilo, has been awarded a pistol by Kazakhstan’s government.

According to the published correspondence, the administrations of the Presidents of Kazakhstan and Russia signed an agreement on controllability of court decisions in Russia, in particular, on the “appointment of curators of BTA Bank’s case in the Supreme Arbitration Court of the Russian Federation in order to monitor the court trials”. It is noteworthy that the representative of the Kazakh intelligence services, Mr. Amzeyev requested in a letter that ‘pressure be exterted’ on the chairman of the Moscow City Court Yegorova, coercing her not to release on bail those accused in the case of Ablyazov (Aleksandr Volkov, Denis Vorotyntsev, Aleksey Belov and Artem Bondarenko – subsequently, all of them were sentenced to 8 to 9 years’ imprisonment).

Putin ‘had approved the punitive measures’ for those accused in Ablyazov’s case and ‘has taken the case under his personal control’, according to the correspondence, this was reported to the Kazakh autorities by Andrey Pavlov, a representative of Kazakhstan’s BTA Bank.

The published correspondence confirmed that in Ablyazov’s case, Russian investigators used a widespread practice of forcing witnesses to give ‘convenient’ testimonies. Under the threat of physical violence or in exchange for ‘mitigation of punishment’, investigators persuaded the defendants in the case to ‘cooperate’ with the investigative bodies. As a result, not only did they ‘confess’ that Ablyazov ‘had embezzled BTA Bank’s funds’ (each time, Kazakhstan indicated the ‘proper’ amount), but they also testified that Ablyazov had acted with the aim of ‘changing the political system’ in Kazakhstan. The representative of the Kazakh BTA Bank Andrey Pavlov ‘approved the answers’ given at interrogation by the defendants in the case of Ablyazov (e.g. Aleksandr Volkov and Yelena Tischenko).

The French magazine Mediapart pointed to the fact that, according to the correspondence, the Kazakh authorities were actively working in Europe. In addition, on the basis of the published correspondence, in France, criminal proceedings have been initiated against the French prosecutor Solange Legras who had given ‘friendly advice’ to representatives of Ukraine, Russia and Kazakhstan’s BTA Bank, thus violating the procedure, and received from them the documents regarding the case of Ablyazov.

Recently, on the legislative level, Russia has canceled the priority of international law over domestic law. In particular, the legislative changes allow Russia not to comply with the ECHR decisions.

We have every reason to state with certainty that, if extradited to Russia, Ablyazov will face a biased and politically motivated investigation and court trial, as well as torture. But even if this does not happen, and Ablyazov remains in Russia, Kazakh authorities will have unfettered access to Ablyazov in a Russian prison, where torture is practiced systematically and with impunity. In addition, as Ablyazov is facing charges of ‘economic crimes’, he may be forced, by the use of torture, to transfer some amounts of money and some property, which is commonplace in Russian detention facilities.

Given the above information, it is hard to understand why, in the case of Ablyazov, France trusts the international guarantees, provided by Russia. Economic and political agreements should not prevail over human rights. If the European countries ignore the systematic human rights violations in authoritarian states for the sake of political and economic interests, they will further untie the hands of dictators and strengthen their sense of permissiveness.

We hereby appeal to you with a request that you study the documents, published on the kazaword portal, as they confirm the political context of Ablyazov’s prosecution and the extent of Kazakhstan’s illegal influence. The French government should take into account the new circumstances in Ablyazov’s case in connection with the publication of the correspondence. The extradition of the opposition politician Mukhtar Ablyazov would violate international human rights agreements.

We hereby call on the French government to heed the position of international human rights organisations. We also call on the international community to give a signal to the French government that the request for the extradition of the opposition politician should be rejected due to the political context of the allegations, the published correspondence, confirming the fabrication of the case, as well as a serious risk of torture, unfair trial and unlawful rendering to Kazakhstan.

–   A 5-page long document Annexes explanation ENG: a brief description of each attachment with quotes of some parts of the correspondence (in English).

Lyudmila Alekseeva, human rights activist, the chairman of the Moscow Helsinki Group. She has been engaged in human rights activities since 1970s, which has become the reason for her persecution in the USSR. She was honoured with a number of awards, such as Democracy Award, Pro Dignitate Humana and Václav Havel Human Rights Prize.

Valeriy Borshev, human rights activist, member of the Moscow Helsinki Group. He is a member of several expert councils at the General Prosecutor’s Office and Ombudsman’s Office in Russia. He also carries out the monitoring of places of detention in Russia.

Svetlana Gannushkina, human rights activist, the chairman of the ‘Civil Assistance’ Committee, who has provided assistance to refugees and migrants in Russia for the last 25 years.

Sergey Kovalev, the chairman of the Russian Historical, Educational and Human Rights Society ‘Memorial’. He has been engaged in human rights activities since 1960s; in the Soviet era, he himself was a political prisoner. The ‘Memorial’ has protected human rights in Russia for more than 20 years now; the organisation also develops support programmes for political prisoners.

Lev Ponomarev, the executive director of the All-Russian Movement ‘For Human Rights’. Since Soviet times, he has dedicated his efforts to protecting human rights. He has been repeatedly persecuted by Russian authorities for his civic and human rights activities.

Zoya Svetova, Russian journalist and human rights activist, member of the Public Oversight Commission of Moscow. She was bestowed several journalist awards for investigations of human rights abuses. She is the author of publications about human rights violations and political prisoners in Russia, as well as torturous conditions in Russia’s places of detention.