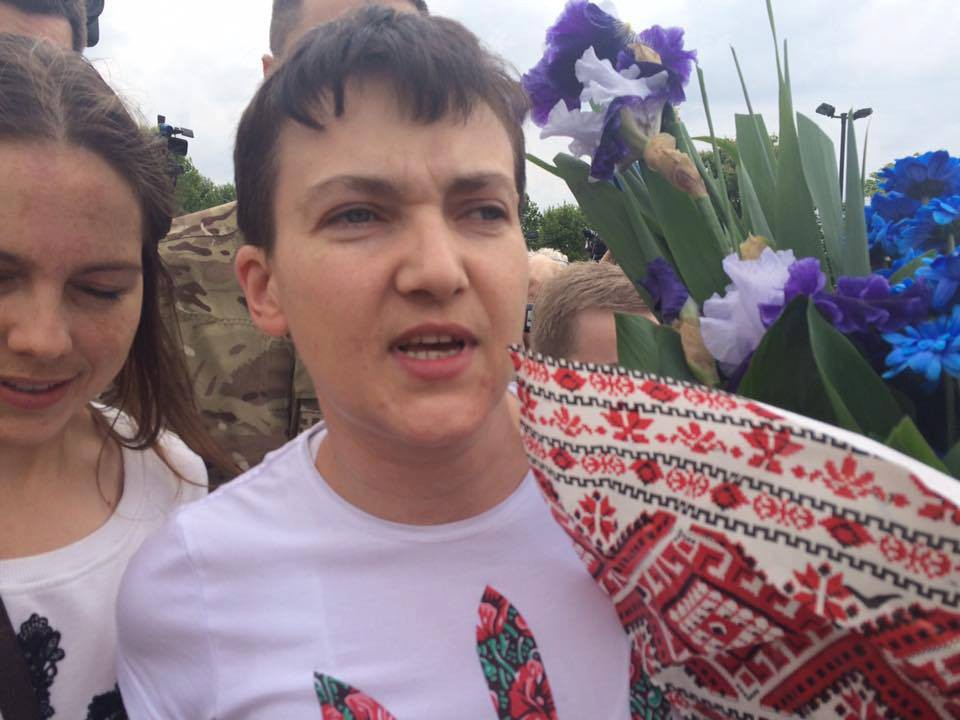 Nadia Savchenko is free! The ODF report from the Borispol Airport

After more than two years, the Ukrainian pilot, sentenced in Russia to 22 years in prison, returned to her homeland. Last Wednesday, she was exchanged for two soldiers of GRU (the Russian military intelligence body), convicted in Ukraine. Activists of the Open Dialog Foundation were among those greeting her at the Borispol airport near Kiev, where she arrived on a presidential plane from Rostov-on-Don.

President of the ODF, Lyudmyla Kozlovska and Natalia Panchenko were reporting the events from the airport near Kiev. Following a warm welcome by her relatives, Nadia Savchenko went to the Administration Office of the President of Ukraine Petro Poroshenko where a joint press conference was held. At the conference, the president assured those gathered that Ukraine will regain control of the territory of the Donbas and Crimea, currently occupied by Russia, in the same manner as it brought back Nadia. In turn, Nadia Savchenko stated as follows: “I apologise to all mothers whose children did not return from the frontline, I apologise for coming back alive, but I thank you for restoring my freedom”; later she went on to say that she is ready to take the path she went through once again and die on the battlefield. “I will do everything in my power to release every man who is in captivity today” – she declared.

We would like to say thank you to all those who supported us in the struggle for the release of Nadia Savchenko over the past two years. We thank journalists – for their numerous publications, politicians – for their appeals and observation missions and donors – for their support of our activities. The day of release of Nadia is a great day for all of us. We should remember, however, about the action #letmypeoplego. Dozens of Ukrainian citizens, illegally detained or kidnapped in Russia from the occupied territories of Ukraine, are incarcerated in Russian detention centres and prisons still today. The struggle for their freedom, the freedom of Putin’s hostages, is our main challenge today.