Search
The Open Dialogue FoundationMedia about usThe success of Orlov’s defenders. Czuwara: “The fight for the acquittal will be the next step”

“After nearly 5 years, the Polish citizen was released from the Ukrainian custody. The Open Dialog Foundation, involved in the case of Aleksandr Orlov, admitted that that change of the preventive measure and the consent to the re-examination of the case would not have been possible without the cooperation and involvement of non-governmental organisations, activists, as well as Polish and Ukrainian parliamentarians” – Polish media, including wPolityce, Gazeta Wyborcza and Polityka, reported.

– From our perspective, it was a success that Orlov could finally leave the detention facility, meet with his family and that his life will not be threatened anymore. The fight for his acquittal is the next step – Tomasz Czuwara, a member of the Board of the Open Dialog Foundation, commented in an interview with PAP, later cited by Gazeta Wyborcza, the wPolityce online portal and the TVP Info. – The Ukrainian system is not fair to the citizens. It is highly politicised, dependent and does not uphold justice. The very fact that the case of Orlov is going to be examined within this system, is dangerous for him. Dangerous is also the fact that people, who he fell into disfavour with, by writing about illegal acquisitions and corruption, remain to be influential and are still at large – he added. 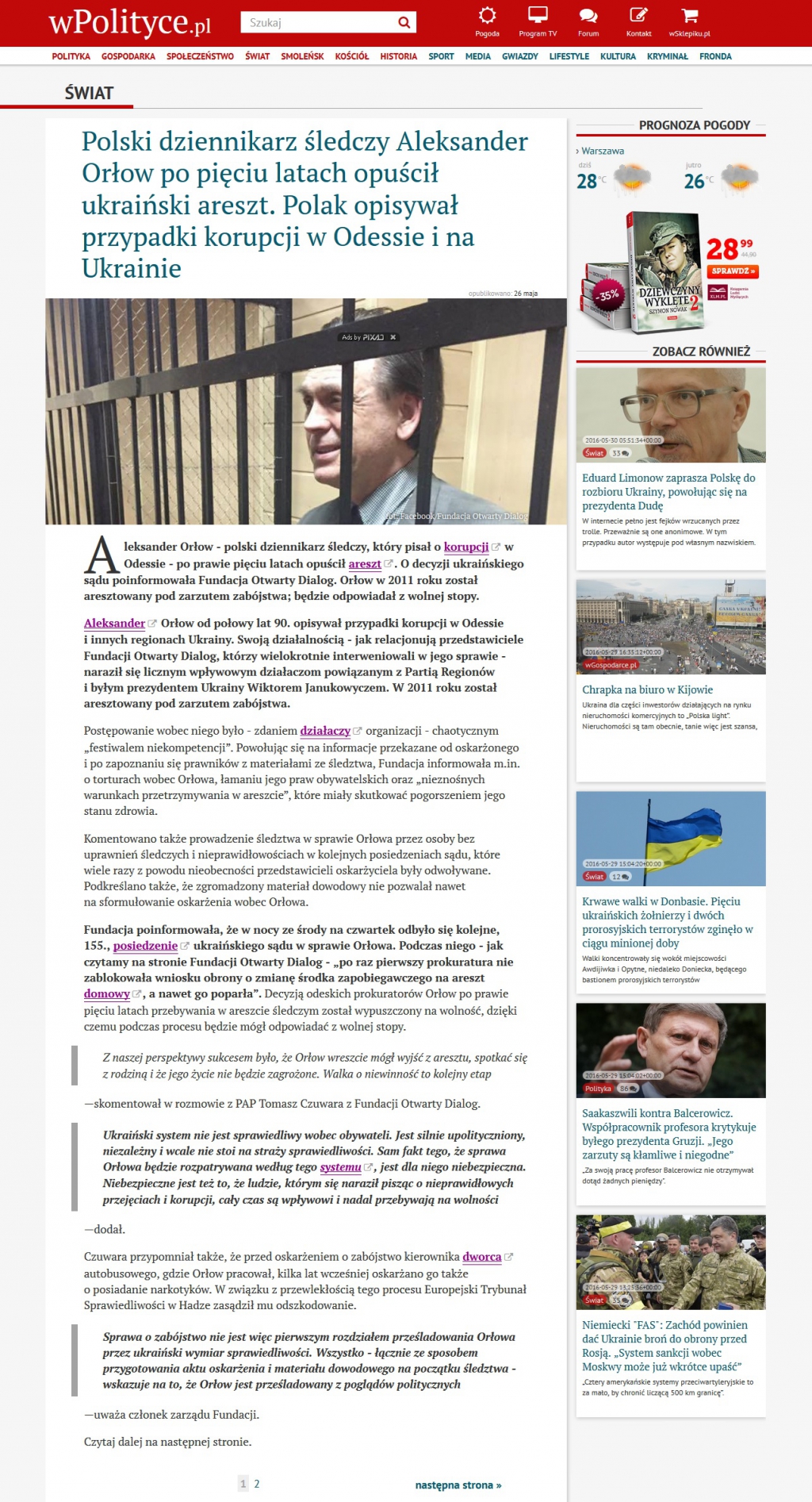 In an interview with a journalist of Polsat, Czuwara noted that, when approx. a year ago the Foundation became involved in the case of Orlov, they expected that it would be similar to the cases of other political prisoners, whose freedom they were seeking. It transpired, however, that this case is unique. – The system, struck by the Polish journalist, is still very strong in Ukraine, despite the Maidan – the ODF spokesman enunciated. 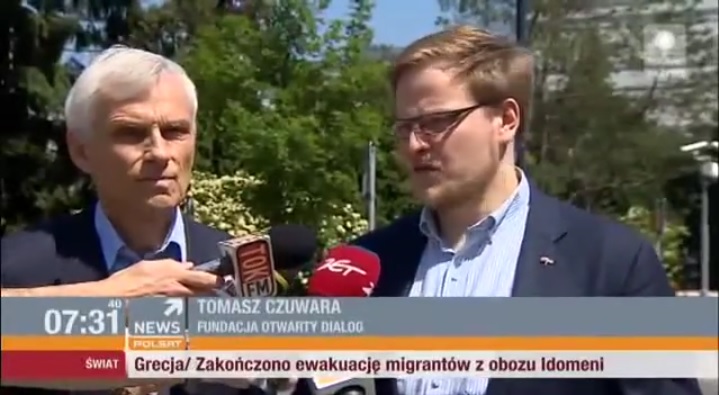