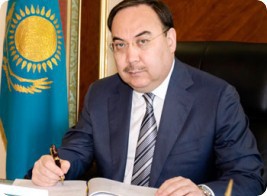 In connection with the visit of Minister of Foreign Affairs of the Republic of Kazakhstan, Mr. Yerzhan Kazykhanov to Poland and the meeting devoted to the priorities of Kazakhstan’s foreign policy organised by the Polish Institute of International Affairs on the 22nd of June, 2012 in Warsaw, the Open Dialog Foundation officially expressed its regret over the denial of participation in the meeting of the representatives of the Foundation.

In the absence of information on the scheduled meeting, followed by confirmation, and finally, withdrawal of the opportunity to  participate , the Foundation sent a letter to the Director of the Polish Institute of International Affairs, with a request to present the reasons determining the closed nature of the meeting, banning the participation in the meeting of expert NGOs and mass media (also, journalists and individual persons, interested in the issue, were denied participation).

The Foundation requested that the Minister of Foreign Affairs of the Republic of Poland, as the supervisor of the activity of the Polish Institute of International Affairs, make a comment on the questions raised above.

On behalf of the Foundation, the organiser and the MFA have been sent the following questions with a request to pass them to the Minister Kazykhanov whom we are unable to ask in person:

1. In January 2012, a group of 20 observers, delegated by the Open Dialog Foundation on behalf of Poland with the help of the Embassy in Astana to take part in parliamentary elections in the Republic of Kazakhstan, was denied visas. During the following months none of the persons listed in this group received a visa, when applying individually. At least 20 people did not obtain visas during the first half of 2012. What criteria is the Kazakh policy formed on, in the sphere issuing permits for Polish nationals to enter the country? What potential threat could the above named persons pose?

2. What is the standpoint of the government of the Republic of Kazakhstan towards the resolution of the European Parliament of the 15th of March, 2012, which, in particular, urges:

–  Intensification of the dialogue on human rights between the European Union and the government of Kazakhstan;

–  Permission of the participation if subjects of the civil society in this dialogue;

–  Rapid improvement in the area of respect for freedom of assembly, of association, freedom of speech and religion, according to the recommendations of representatives and bodies of the OSCE, with particular emphasis on Kazakhstan’s international commitments and promises made before the decision whether to allow Kazakhstan to take the OSCE chairmanship in 2010 was made;

–  An end to the oppression of independent mass media and civic organisations;

–  The release of incarcerated opposition politicians, including the leader of the ‘Alga’ party Vladimir Kozlov? 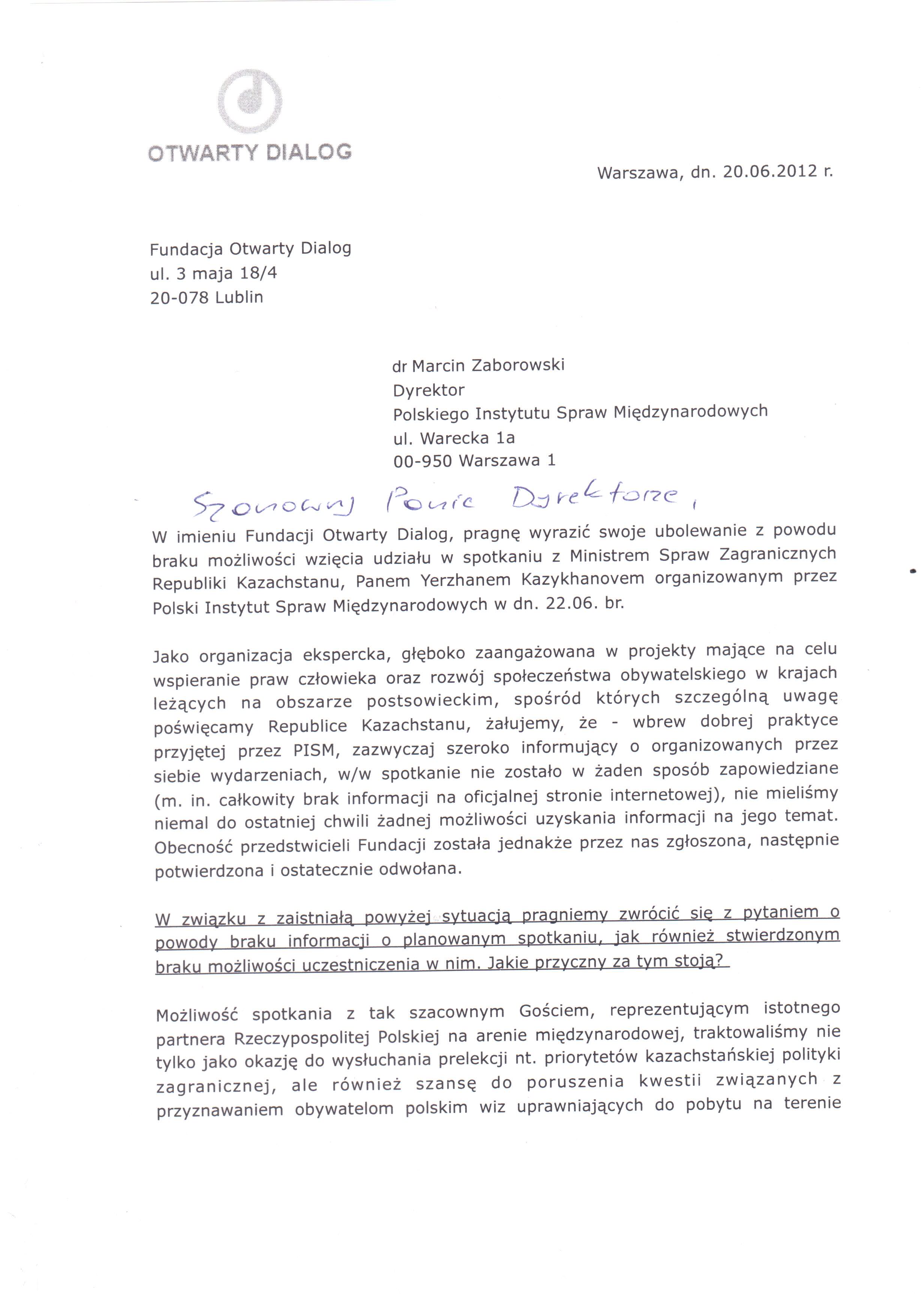 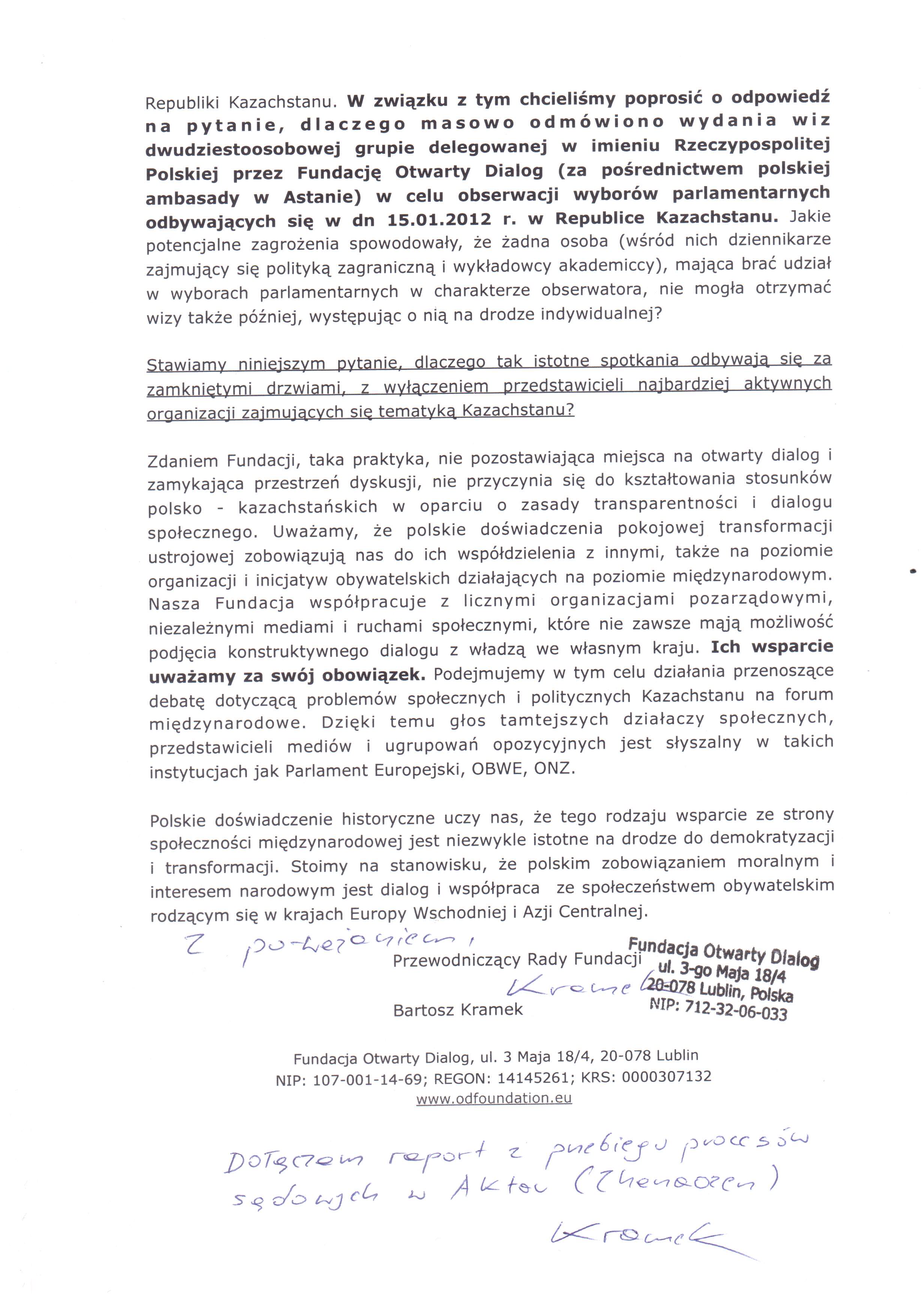 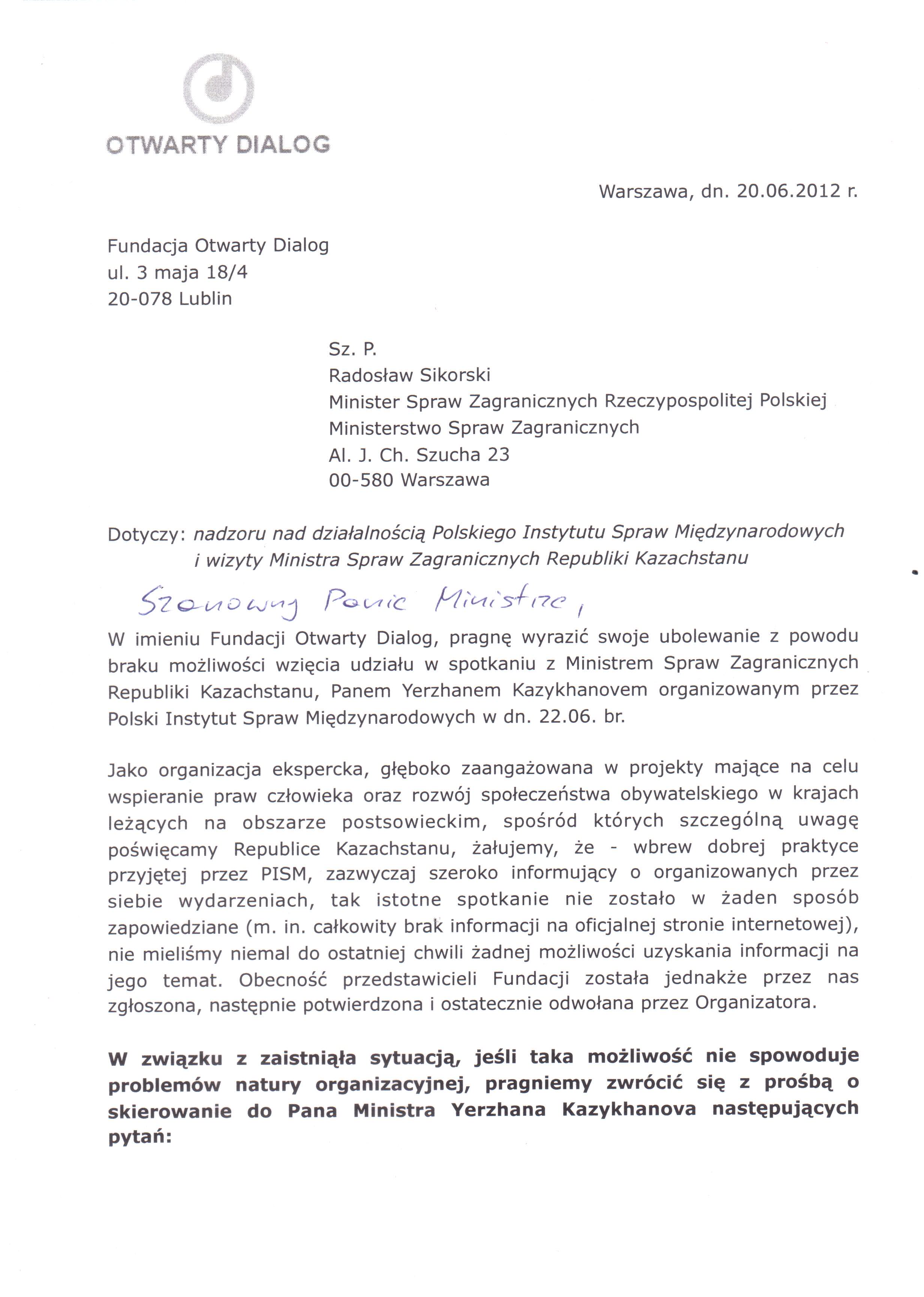 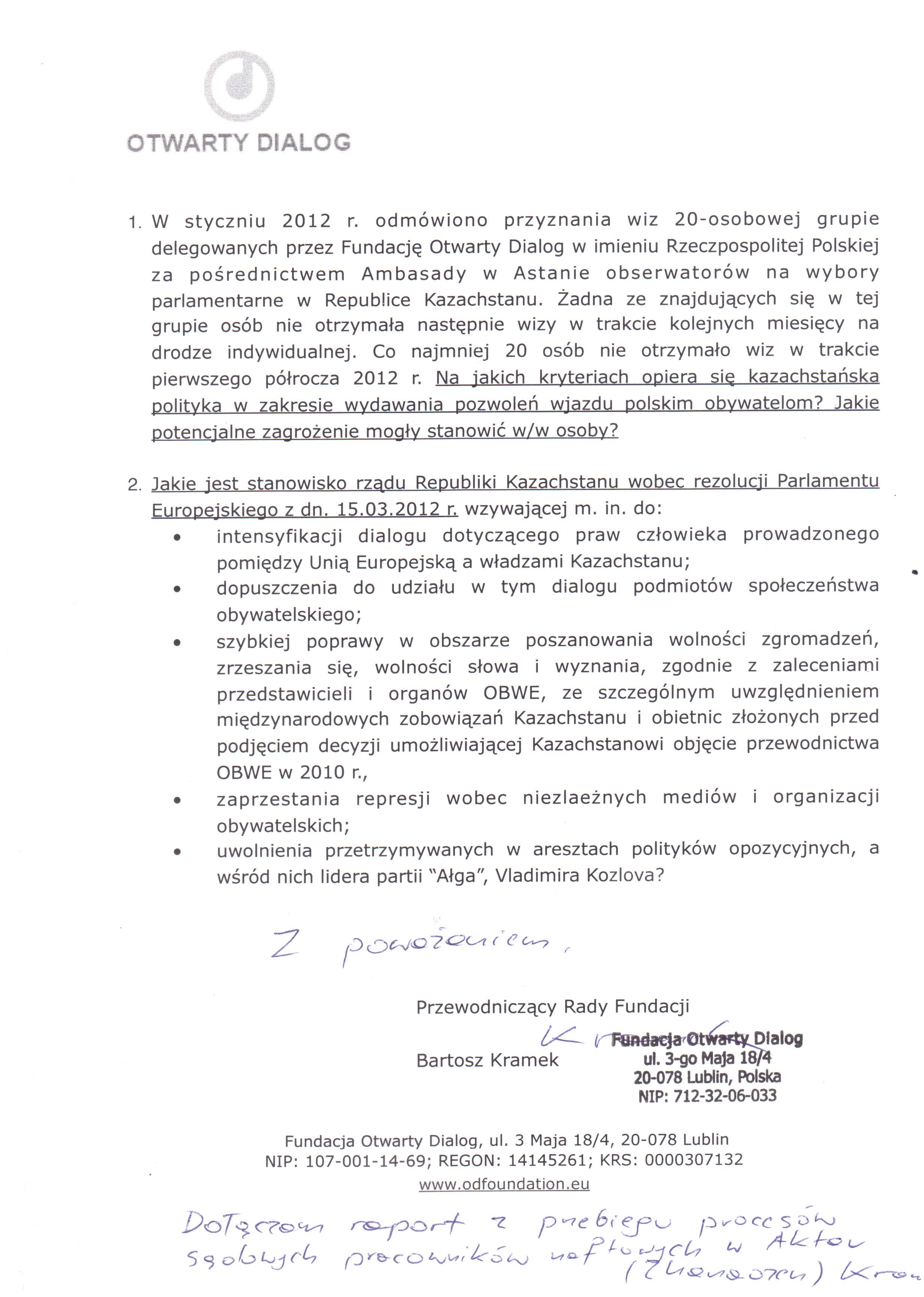