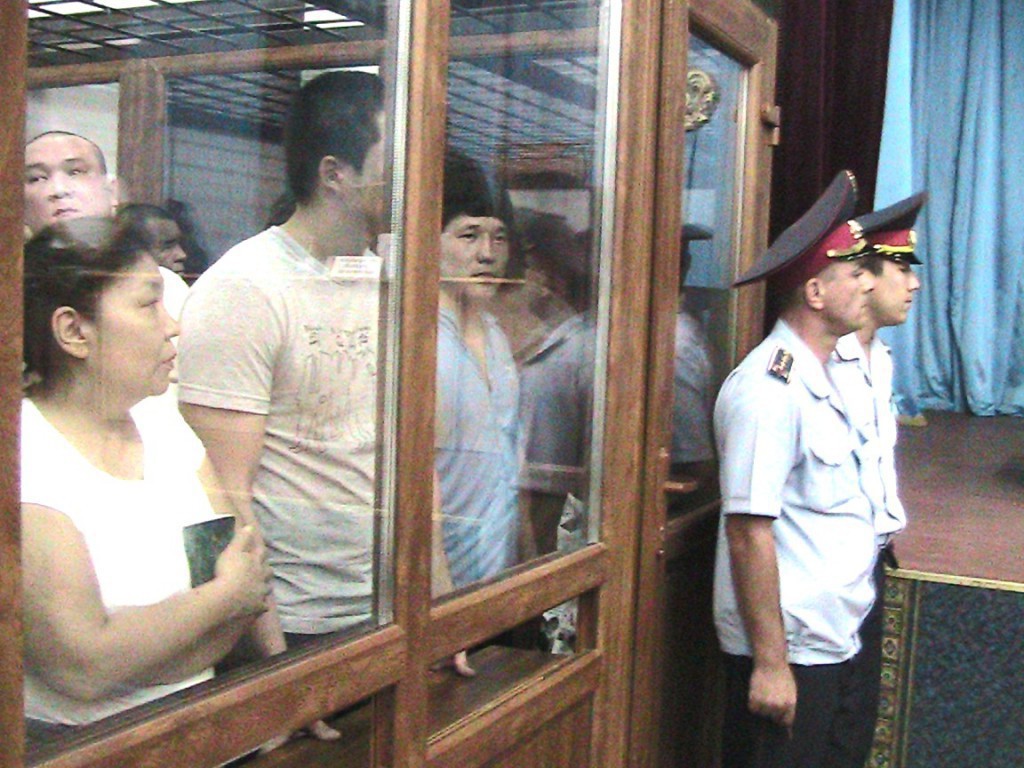 Over a period of several months, court trials related to the tragic events in Zanaozen of 16 December 2011 have taken place. Many months of dispute between oil workers and the management of oil companies, with the connivance of the authorities, resulted in disorders, violence and the uncontrolled use of force by police, which caused the death of 17 and injuries to dozens of people. Not only oil workers were killed and injured, but also citizens of Kazakhstan who had no involvement with the labour conflict.

Dozens of people, whose involvement is contestable, were subsequently charged. Many of them were sentenced to different terms in prison. During the process, international observers, representatives of Amnesty International, Human Rights Watch and OSCE, human rights defenders and journalists recorded numerous violations in the trial processes. Almost all defendants and some of witnesses stated that they were tortured in the course of the investigation, but the trials were not suspended. The trials were conducted in an environment of extreme tensions and close to a state of emergency measures in the region.

The international trade union movement demands that the sentences be reconsidered, that all cases of torture and provocation be thoroughly investigated, and that national legislation that envisages criminal responsibility for “calling for social strife” and that is used selectively to put pressure on trade unionists, human rights activists and public figures, be changed.

Sign the petition demanding justice for the oil workers and people in Kazakhstan by filling in an electronic form on the site LabourStart: http://www.labourstartcampaigns.net/show_campaign.cgi?c=1461