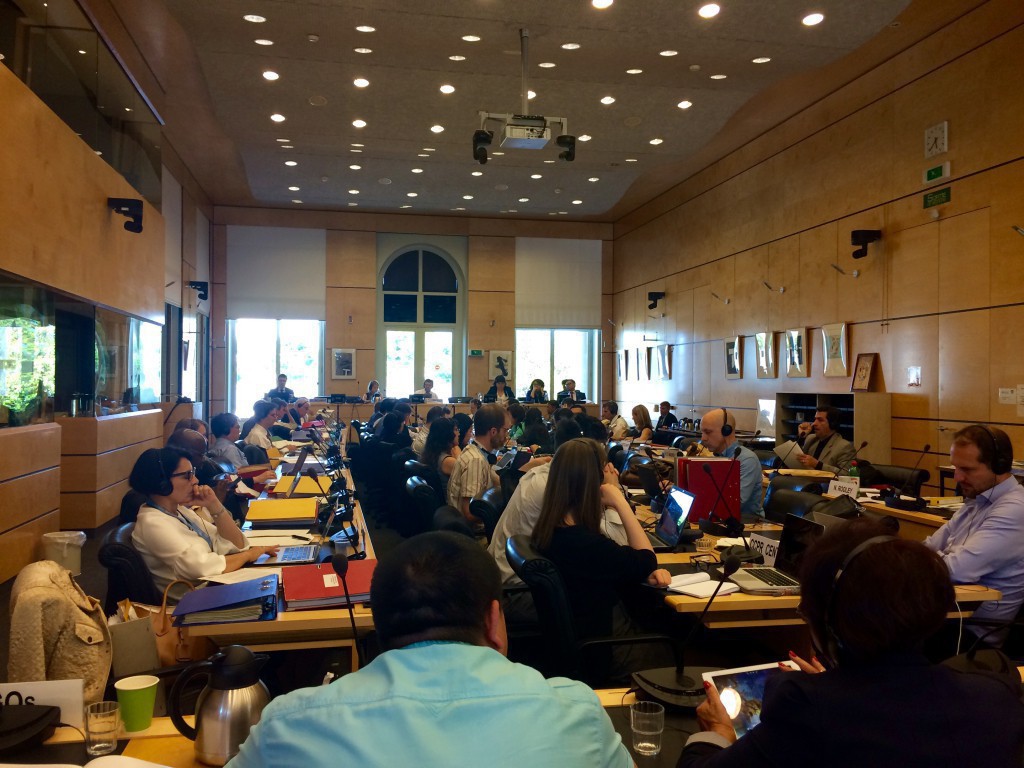 Geneva 23 June 2016 – On 22 and 23 June 2016 the UN Human Rights Committee – the body that monitors the implementation of the rights enshrined in the International Covenant on Civil and Political Rights (ICCPR) – reviewed for the second time since Kazakhstan is a party to the ICCPR the status of civil and political rights in the country.

The Government of Kazakhstan submitted its initial periodic report to the Committee in 2009 and was reviewed in 2011. Already at that time, the UN experts expressed concerns about the Government’s failure to implement the right to freedom of expression pretected under Article 19 of the ICCPR. The experts recommended Kazakhstan “to review its legislation on defamation and insults to ensure that it fully complies with the provisions of the Covenant”. Furthermore, it observed that “the State party should desist from using its law on defamation solely for purposes of harassing or intimidating individuals, journalists and human rights defenders”.

On the occasion of the second periodic report, in the aftermath of the Zhanaozen massacre, the crackdown on the media and the more recent abuses committed on the land reform protesters, Destination Justice and the Open Dialog Foundation submitted a joint report to the UN Human Rights Committee aimed at submitting precise information on the implementation of the right to freedom of expression in Kazakhstan.

Destination Justice and the Open Dialog Foundation denounce that since its first review the situation in Kazakhstan has effectively worsened and that Kazakhstan unjustifyably restricts the right to freedom of expression and political participation in the country.

We, thus, welcome the strong position of the members of the Human Rights Committee on the implementation of Kazakhstan’s obligations under the ICCPR, including in the area of freedom of expression and political rights. We were pleased to see many of the concerns expressed in our joint submission reflected in the Members’ oral statements and questions raised during the interactive dialogue.

In particular, we commend the Committee for having addressed the long debated issue of vague and imprecise articles on extremism and on incitement to social, national, tribal, racial, class or religious hatred, both often abused by the authorities with the aim of silencing the civil society, independent media and political opposition. The Committe cited the case of Vladimir Kozlov to show how such broad charges can be used against any opposition party or activists. The Open Dialog Foundation has long called on the international community to take up the issue before the Kazakh authorities.

The expert members also reiterated their concern over the preventive arrests and detentions carried out by the police forces prior to and during the land-reform related protests on 21 May 2016, seeking clarification on the legal basis and possible chilling effect relating to these administrative detentions. The Open Dialog Foundation had strongly criticised the mass detentions, used to prevent and discourage people from exercising their right to freedom of expression and peaceful assembly.

Moreover, the Open Dialog Foundation and Destination Justice handed the experts an updated list of activists, journalists and bloggers recently arrested and jailed for having expressed their criticism of the planned land reform or having supported the protests, in some cases exclusively on-line on their social media profiles.

Many of the comments of the Committee members referred to the questionable banning and closure of the independent media outlets, officially motivated by minor infractions, as well as to the disproportionate sanctions against journalists charged with defamation or dissemination of knowingly “false information”. Finally, the recently introduced law on communications, also analysed in the joint Destination Justice and Open Dialog Foundation submission, raised serious concerns over the protection of users’ privacy and data and the state’s growing surveillance of citizens’ private communication.

The Open Dialog Foundation and Destination Justice appreciated Kazakhstan’s declaration of readiness for a constructive dialogue with the Committee. We look forward to the Committe’s concluding observations and expect their prompt implementation by the Kazakh authorities.