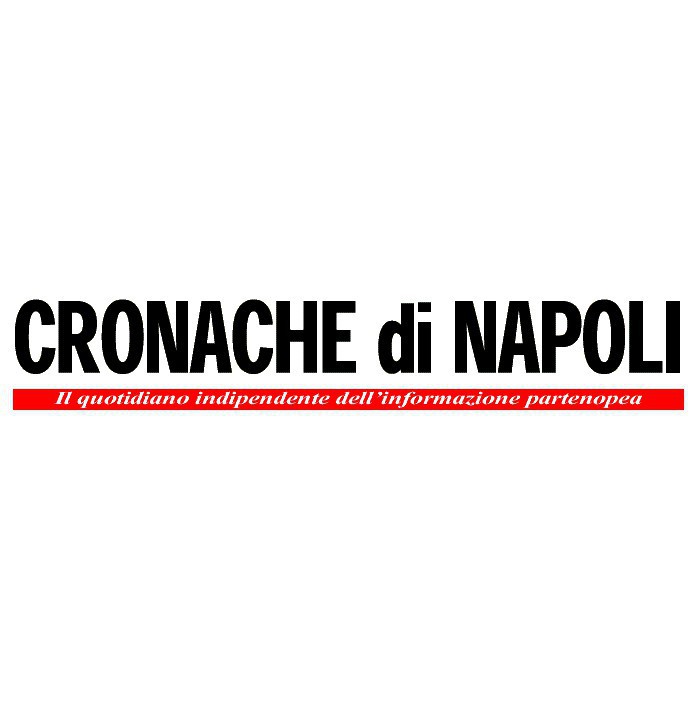 Anna Koj for Cronache di Napoli about human rights violations in Crimea and Russia, and about Open Dialog’s work on Ukraine

In a recent interview conducted by Domenico Letizia for Cronache di Napoli, an Italian newspaper, Anna Koj, head of the Open Dialog’s EU Office, spoke about the Foundation’s work in promoting democracy and the rule of law in the post-Soviet states, focusing in particular on recent activities involving Kazakhstan, Russia and Ukraine.

Commenting on the current situation of Crimean Tatars and the general situation with respect to human rights in Crimea, Koj underlined the general difficult situation on the peninsula, as well as horrific practices – including intimidations, detentions, torture or even forced psychiatric treatment, undertaken again those who express their support for Ukraine and oppose the illegal annexation by Russia. The situation of the Crimean Tatars is particularly worrying, as dozens are being detained without legal grounds. At the same time, international organisations have basically no access to Crimea and can’t, therefore, monitor trials, hearings or conditions of detention. 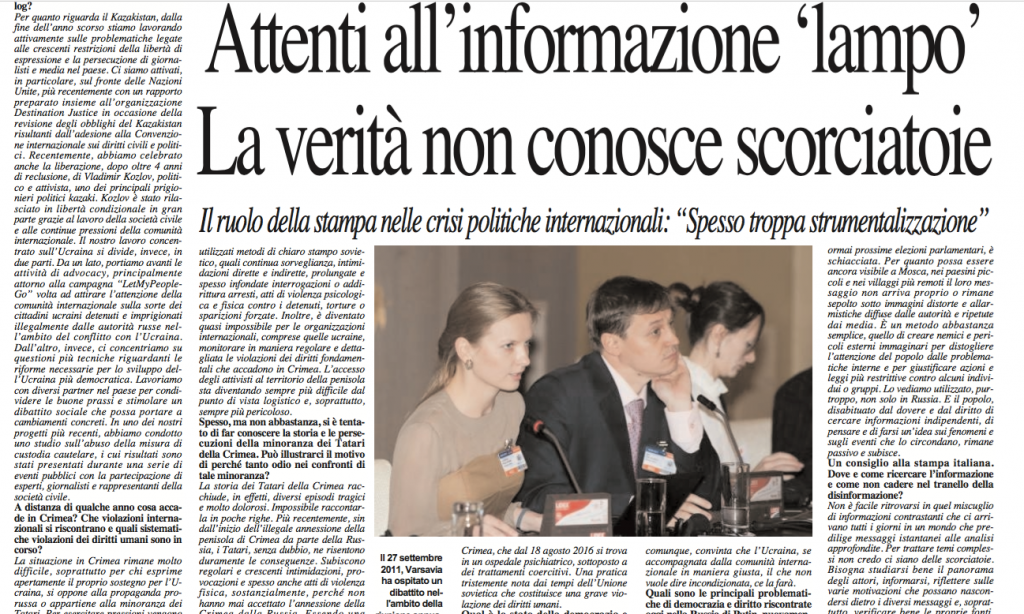 It is very difficult to obtain information about what is going on in Crimea, since the messages and information are controlled directly by Russia. And speaking about independent media or freedom of information in today’s Russia is, sadly, impossible. As Anna Koj noted in the interview, the Russian society is being fed with Kremlin propaganda, which has basically created an alternative reality.

When commenting on the developments in Ukraine, Koj noted that she remains optimistic. Still a lot has to be done but positive examples of greater democratisation are visible both on the level of collective social mentality, as well as on the institutional and legislative level.

Finally, in her concluding remarks, she referred to the issue of disinformation, underlining the responsibility of the international media to verify well their sources and to counteract against propaganda and disinformation. A task that is not easy in today’s world that favours quick and – at times – over simplified comments – but that remains crucial not to lose ourselves in the multitude of more or less credible voices.

Downloads the PDF with the whole interview (in Italian): https://en.odfoundation.eu/content/uploads/i/fmfiles/pdf/pdf-intervista-anna-koj.pdf