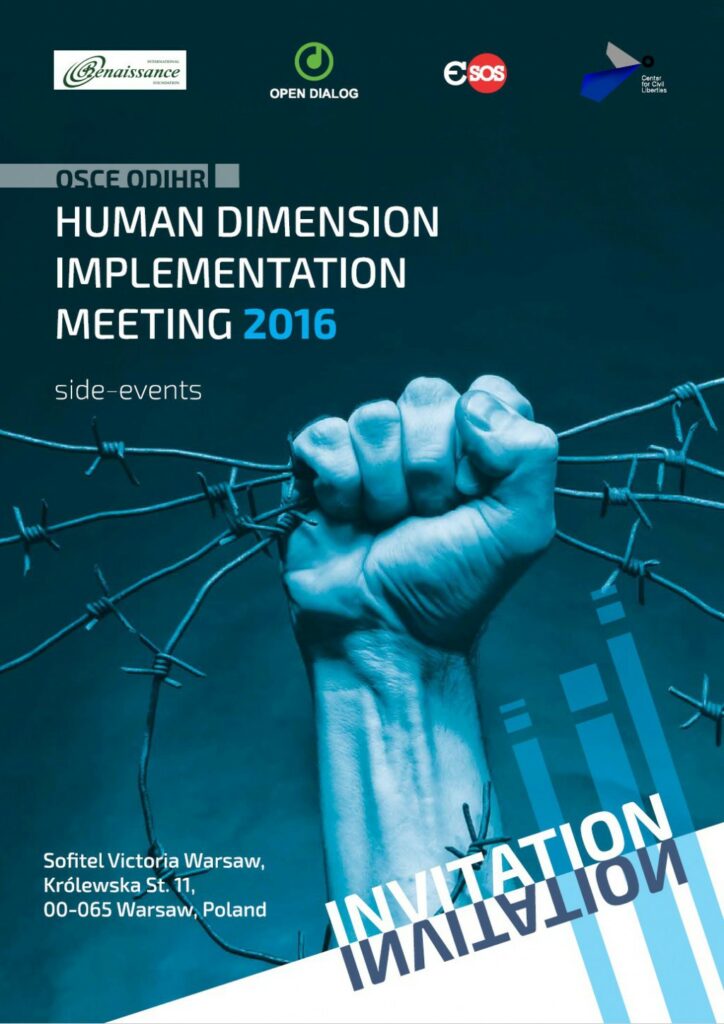 The Open Dialog Foundation and the Center for Civil Liberties would like to invite to the OSCE ODIHR Human Dimension Implementation Meeting 2016 side-events (Sofitel Victoria Warsaw, Królewska St. 11, 00-065 Warsaw, Poland): 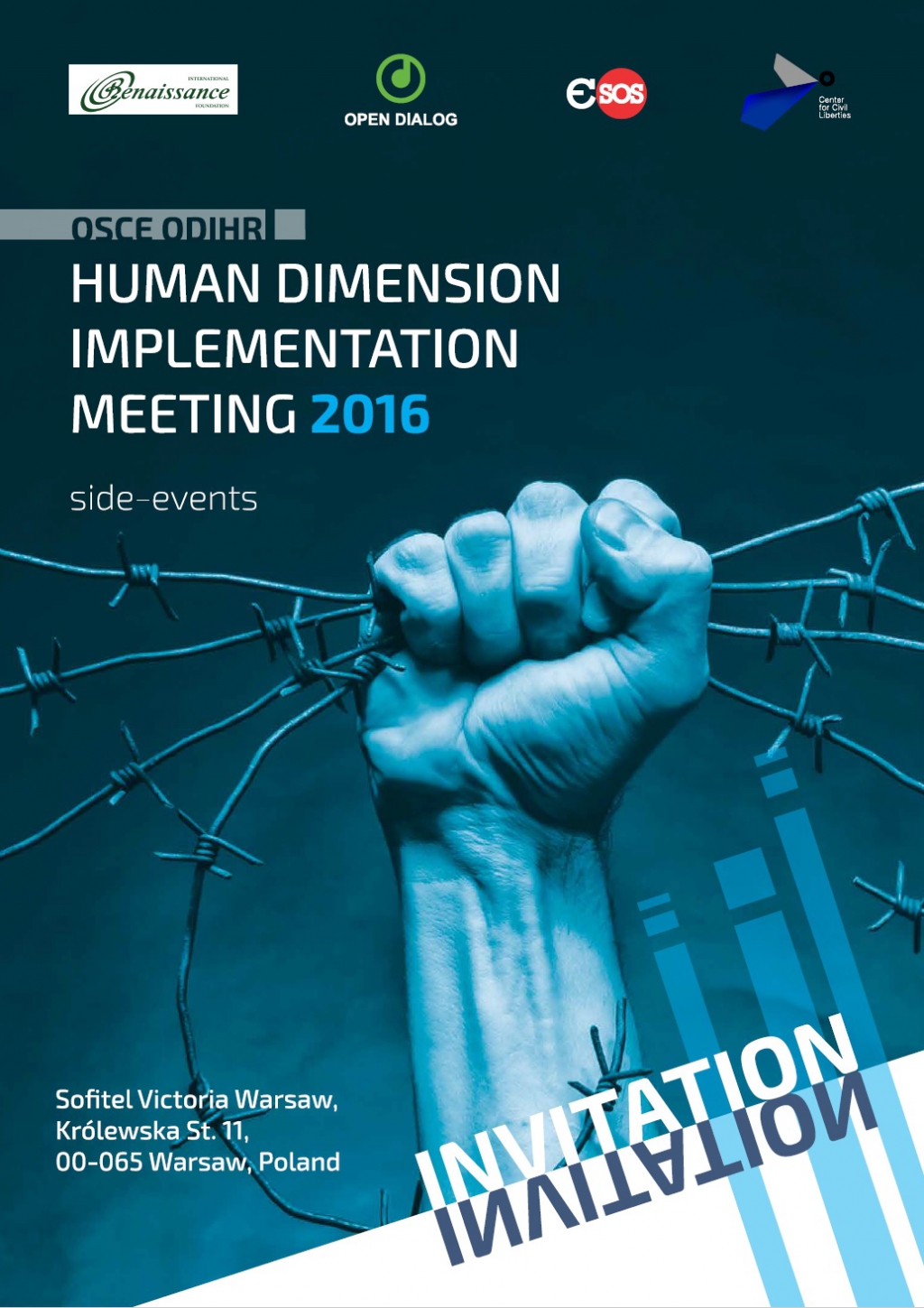 Starting from 2015, International Criminal Police Organization (INTERPOL), widely criticized for being instrumentally misused by the authoritarian regimes, opened up for civil society’s recommendations and begun adopting policies of protecting persons who obtained asylum from automatism of Red Notice procedure. Recent months also brought signals that credible information on political background of the extradition requests are being treated with greater care, and number of persons who had long been at risk of being rendered to respective regimes, including for instance executives of the former YUKOS Oil Company in Russia, were deleted from the INTERPOL records.

However, new cases and new dangerous trends emerge: Azerbaijan widely uses the INTERPOL-related schemes to persecute a wide circle of persons critical to its authorities. Russia attempts to obtain extradition of a whistle-blower, Nail Malyutin. Some old cases, positively resolved by the national judiciary of the host countries in the past, are being rebranded by the demanding regimes in order to find new rationale for extraditions (e.g. case of Tatiana Paraskevich in the Czech Republic). Questions arise about of efficiency of the INTERPOL procedures in arresting perpetrators of crimes committed during Euromaidan.

With Turkey invigorating attempts to reach the alleged opponents of the government abroad, the INTERPOL, UNHCR, national law-enforcement and justice systems must proactively anticipate likely expansion of the misuse of INTERPOL in the near future, cement recent achievements and continue the reforming drive.

Thanks to the continued pressure, the international community was able to secure the release of Nadiya Savchenko, one of the most renowned Ukrainian political prisoners in the Russian Federation. Two other ‘hostages of the Kremlin’, Yuriy Soloshenko and Gennadiy Afanasyev, were also recently released in an exchange procedure. However, the number of Ukrainian citizens who face politically motivated criminal prosecution in the Russian Federation and the illegally annexed Crimea has only increased over the last year. The side-event aims to present and discuss the cases of 29 Ukrainians who are currently unlawfully kept behind bars.

The former victims of the Russian regime and human rights defenders from the EU and the Russian Federation will try to find answers on the following questions, who is a ‘hostage of the Kremlin’? How to stop the increase of the number of political prisoners in the Russian Federation and Crimea? What is the situation of Russian citizens who protest against the ongoing conflict in Ukraine?

Moreover, the side-event will draw particular attention to the difficult situation in the illegally occupied Crimea, where, under the guise of fighting terrorism, the Russian Federation pursues the most socially active Crimean Tatars. Thus, Russian propaganda creates the image of the Muslim Tatar people as an ethnic minority, prone to extremism.