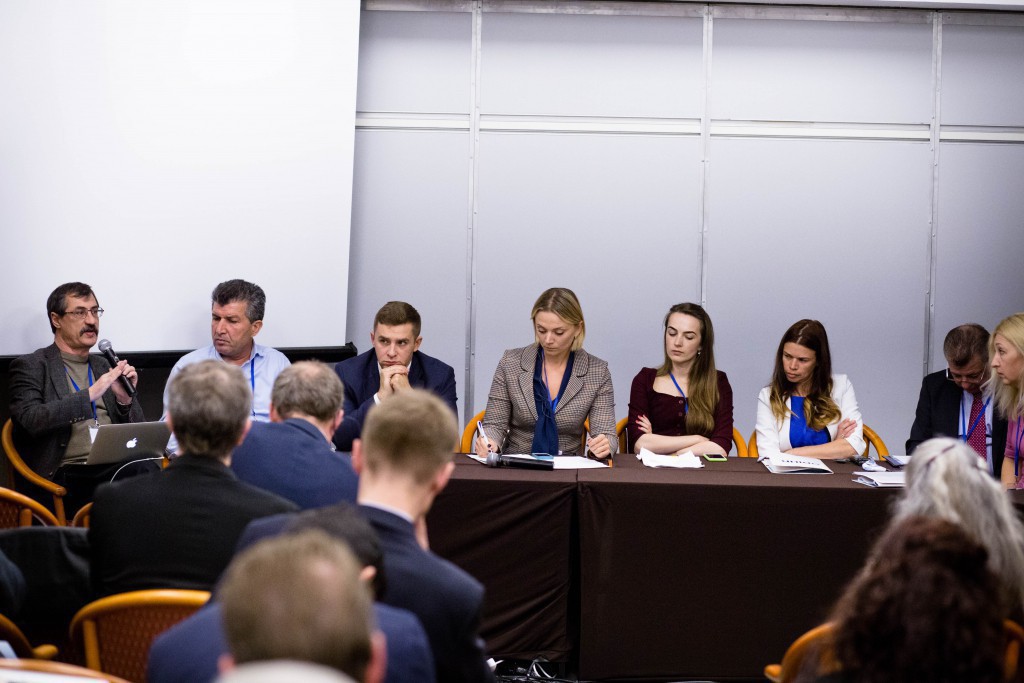 On Thursday 22 September, 2016, the Open Dialog Foundation and the Center for Civil Liberties organized an OSCE ODIHR Human Dimension Implementation Meeting side-event on politically motivated misuse of International Criminal Police Organization (INTERPOL) and extradition requests. The side-event was organized within the ODF’s international advocacy campaign calling for the reform of INTERPOL.

In the last years, considerable criticism arose over the International Criminal Police Organization (INTERPOL), which used to be excessively passive in the wake of a growing trend of misuse of its mechanisms by authoritarian states. On the eve of the recent 100th anniversary of the INTERPOL’s foundation, the scheme by which human rights-breaking governments sought extraditions of their political opponents abroad seemed to be in a full swing. The picture where false criminal accusations stood formally behind the Red Notice, only to cover political motivations of the requesting state, was further blurred by advanced cooperation between states which do not keep human rights standards such as Russia, Kazakhstan and Ukraine, which mastered in requesting extraditions on one another’s behalf.

Starting from 2015, the International Criminal Police Organization (INTERPOL), started to open up for civil society’ s recommendations and begun adopting policies of protecting persons who obtained asylum from automatism of the Red Notice procedure. The organization initiated new policies, which intended to effectively abort processing of Red Notices and diffusions issued after persons with confirmed refugee or asylum-seeking status. Greater care is being stressed on preliminary examination of the political relation between requesting state and the person involved. In the effect, a number of persons who had long been at risk of being rendered to respective regimes were finally freed from life in constant uncertainty and from victimization (forms of indirect persecution). Those include Leonid Nevzlin, who, as a former co-owner of YUKOS, was accused in Russia of organizing and attempting murders and subsequently sentenced for life in prison. Thanks to application of the above-described new policies, in early August 2016 the INTERPOL deleted Nevzlin’s Red Notice permanently and ceased the global search for his whereabouts. Earlier, in 2015, the same was applied to YUKOS-related Pavel Zabelin and Pavel Ivlev, who for years were unsuccessful in attempts to have their names cleared, struggling with the “glass ceiling” at the relevant INTERPOL’s institutions and with lengthy procedures.

While the Open Dialog Foundation appreciates positive results of changes, which are being applied, additional energy and goodwill of the organization will be needed in two major areas in order to fully regain reputation of a custodian of the international security.

First is additional work, which needs to be done in order to cement the initiated reforms and make them fully functional. Individual initiatives must translate into a systemic shift that would allow for a comprehensive approach in ensuring greater legal safeguards for individuals at risk. For this, it would require a stable attitude of both central and national agencies of the INTERPOL combined with an extended cooperation with other international bodies and organizations, particularly the United Nations High Commissioner for Refugees (UNHCR), other human rights groups and the Europol. Refugees remain on lists of internationally wanted persons even after courts (including the European Court of Human Rights) have refused to render them to authoritarian states. For many refugees, it takes years to achieve the removal of their names from the Interpol wanted list. Despite whiff of a fresh air coming from the Commission for Controls of the INTERPOL Files, Russia attempts to obtain extradition of a whistle- blower, Nail Malyutin using well-known tracks. Some old cases, positively resolved by the national judiciary of the host countries in the past, are being rebranded by the demanding regimes in order to find new rationale for extraditions (e.g. case of Tatiana Paraskevich in the Czech Republic). Questions arise about of efficiency of the INTERPOL procedures in arresting perpetrators of crimes committed during Euromaidan.

Secondly, the INTERPOL needs to constantly catch up with new trends in breaches of human rights. New policies adopted in 2015 may not be in line with challenges and developments of 2016 or 2017. Azerbaijan vigorously expands INTERPOL-related schemes to persecute a growing circle of persons critical to its authorities. With a crackdown on perceived Fethullah Gülen’s supporters in Turkey, the government in Ankara is building up pressure on its foreign political allies, economic partners and countries under its influence (such as recipients of development aid), to use their police and justice systems to cut perceived support base of the Turkish opposition. Apart from the USA, where Turkey intends to arrest Gülen, requests for local arrests or expulsions have already been directed towards Albania, Sudan, Somalia and others. The momentum pushes many of them to follow Ankara’s footsteps. Internal crisis of the European Union combined with rise of the populist movements in the Western world and Russia’s agents of influence further affect safety of the searched émigrés. In the current political and international context, they often prefer keeping low profiles. In the effect, their supporters find it more difficult than before to conduct advocacy on their behalf, while authoritarian governments feel unprecedentedly welcomed to use their “long hands” inside the EU – as it is particularly visible in the case of Paraskevich’s where attempts to cancel her international protection are observed. This new environment requires institutions, such as the INTERPOL, to do more to recognise persistence of systemic challenges, and to bring adequate means to address them onto the agenda.

In the wake of these new circumstances, the INTERPOL, UNHCR, national law-enforcement and justice systems must proactively and collaboratively anticipate likely expansion of the misuse of INTERPOL in the near future, cement recent achievements and continue the reforming drive.