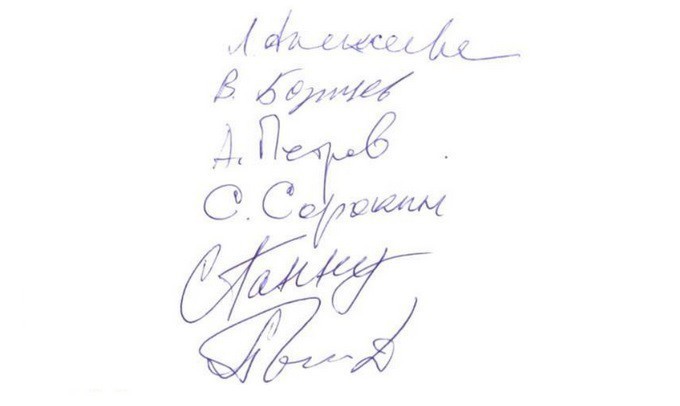 In their appeal to the Czech authorities, Russian human rights defenders made a stand in defence of Tatiana Paraskevich

We, the representatives of Russian human rights organizations, share the concerns about the destiny of the Russian citizen Tatiana Paraskevich who is at risk of being extradited from the Czech Republic. Tatiana Paraskevich faces criminal charges as a part of the case against the Kazakh opposition politician, businessman and political refugee Mukhtar Ablyazov. It is well known that Mukhtar Ablyazov was one of the founders of the opposition movement called “Democratic Choice of Kazakhstan” and that he served a prison sentence for his opposition activities in 2002 – 2003 in Kazakhstan. Mr. Ablyazov is one of the last politicians who publicly challenges the long-term rule of autocrat Nazarbayev.

We are familiar with the details of Ablyazov’s case as well as the related published documents. In April 2016, we presented the results of the analysis of Mukhtar Ablyazov’s case in a letter addressed to the France’s government. Now, we are presenting information concerning Tatiana Paraskevich’s persecution as a part of Ablyazov’s case and we would be grateful to the Czech government for familiarizing itself with our conclusions and taking them into account.

In 2009, the Kazakh authorities charged Mukhtar Ablyazov and his supporters with “misappropriation of the Kazakh BTA Bank’s assets”. Russia and Ukraine also initiated criminal prosecution upon the request of Kazakhstan which did not conclude any extradition treaty with most EU countries. A Russian court simultaneously ruled that “the assets misappropriated by Ablyazov” have been used to “prepare the overthrow of the state power in Kazakhstan” (decision of 24.08.2016 concerning the oppositionist and nationalist Alexander Potkin – one of members of Ablyazov’s case). That was another proof of political context of Ablyazov’s case to which human rights organizations and representatives of the European Parliament pointed out repeatedly. Nine EU states provided refuge to Ablyazov’s fellow activists and these states refused their extradition to Kazakhstan, Russia or to Ukraine.

We know the way the Kazakh regime organises a “hunt” for its opposers. The case of Ablyazov’s wife Alma Shalabaeva who was kidnapped together with her six-year old daughter from Italy had widespread resonance, and only due to the efforts of the European Parliament and the UN the family managed to return from Kazakhstan to Europe. The Kazakh regime applies in Paraskevich’s case its methods in close corrupt cooperation with Ukraine and Russia.

In 2014, the opposition website kazaword.wordpress.com published the correspondence of Kazakh representatives. Kazakh authorities informed that the government correspondence had been hacked and stolen. In April of this year, we presented the most conclusive evidence of correspondence which had been published in the media in a letter addressed to the France’s government. These documents showed that representatives of Kazakhstan elaborated the texts of charges brought against Mr. Ablyazov and Mrs. Paraskevich for Ukrainian and Russian police investigators and also communicated the “needed” sum of allegedly stolen/misappropriated money to police investigators.

The Russian police investigators from the “Magnitsky List” intimidated Mr. Paraskevich’s relatives with physical violence. Moreover, Mrs. Paraskevich’s attorney-at-law noted that representatives of the Kazakh BTA Bank proposed that “criminal charges against Paraskevich in Ukraine and Russia would be dropped” in exchange for “truthful testimony concerning M. Ablyazov’s activities”. This fact shows the extent of influence of Kazakhstan on Ukrainian and Russian investigation bodies in Paraskevich’s case.

Another threat for Mrs. Paraskevich has become the initiation of proceedings concerning the reversal of decision which granted her international protection. On 18.02.2014, the Ministry of Interior of the Czech Republic granted Tatiana Paraskevich subsidiary protection – one of the types of international protection. On 16.02.2015, this status was extended for further two years. We have been informed by T. Paraskevich’s attorney-in-law that representatives of the nationalised Kazakh BTA Bank contacted the Czech law enforcement authorities requiring that T. Paraskevich’s request for subsidiary protection be refused.

These days the Supreme Public Prosecutor tries to reverse the subsidiary protection granted to T. Paraskevich through a court decision, which is – under available information – the first case in the Czech Republic. It is well known that the City Court of Prague (Městský soud v Praze) granted the action brought by the Supreme Public Prosecutor claiming the reversal of decision of 18.02.2014 granting the subsidiary protection to T. Paraskevich, and now the Supreme Public Prosecutor also requests the reversal of the decision of 16.02.2015 extending the subsidiary protection. If we take into account the published information on the Kazakh lobbyists’ activities, it can be reasonably assumed that these persons might influence the above mentioned efforts to deprive T. Paraskevich of the status granted to her.

One of the Supreme Public Prosecutor’s arguments concerning the reversal of subsidiary protection was the expression of confidence in the Russia’s guarantees that no torture would be used against Mrs. Paraskevich and she will not be extradited to Kazakhstan. We would like to draw your attention to the fact that such conclusions contradict real facts as well as information obtained from human rights activists and EU institutions. Extradition guarantees of Russia are purely formal and untenable.

These days, we observe systematic violations of human rights in Russia as well as deep crisis of law enforcement authorities and judicial and penitentiary system of the state. Use of torture to extract confession during the interrogation has become a common phenomenon in Russia. According to our information, in the years 2014-2015, approximately 25% of imprisoned persons complained about torture (i.e. each fourth Russian prisoner is subjected to torture).

Pressure on defendants through habitual criminals in remand prisons is common practice. Violent deaths in remand prisons and prison colonies are intentionally concealed and perpetrators go unpunished. Victims of arbitrary behaviour of law enforcement authorities have been deprived of the last option of reaching justice when Russian public authorities refused to undertake to comply with the ECHR’s decisions.

The probability of fair trial in Russia is nil in practice. The proportion of acquittals amounts to 0,3%. According to the information of the human rights organization “Memorial”, there are more than 80 political prisoners in Russia.

Moreover, Kazakh special services will have free access to Mrs. Paraskevich in Russia. For example, under the documents from kazaword, representatives of Kazakh authorities themselves questioned members of Ablyazov’s case in Russia and forced them to sign “necessary” testimonies.

Reversal of subsidiary protection status of T. Paraskevich will mean total vulnerability of political refugees from authoritarian states and therefore we call on Czech authorities to prevent it. Moreover, it can be certainly argued that in case of T. Paraskevich’s extradition her life and limb will be at risk. We encourage the authorities of the Czech Republic to take into consideration the political context of the case, real threat of use of torture, unfair trial and the possibility of her extradition to Kazakhstan, and in this connection, to refuse the repeated request for Tatiana Paraskevich’s extradition.