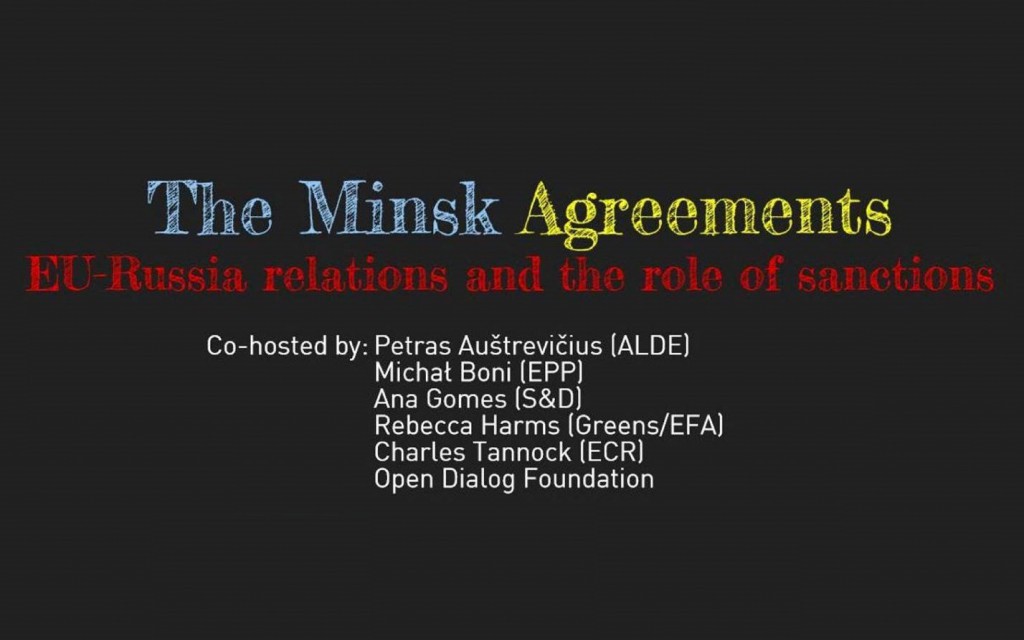 The Minsk Agreements. EU-Russia relations and the role of sanctions

Join us on 19 October in the European Parliament, room PHS 5B001, for an event co-organised by Petras Auštrevičius, Michał Boni, Ana Gomes, Rebecca Harms, Charles Tannock and Open Dialog Foundation dedicated to the Minsk Agreements and the role of sanctions in the EU-Russia relations.

The EU has imposed sanction on Russia for its aggression against Ukraine, following the Revolution of Dignity in 2014. The fulfilment of the Minsk Agreement has become a clear-cut condition for any substantial debate on a possibility to lift the sanctions currently in place. 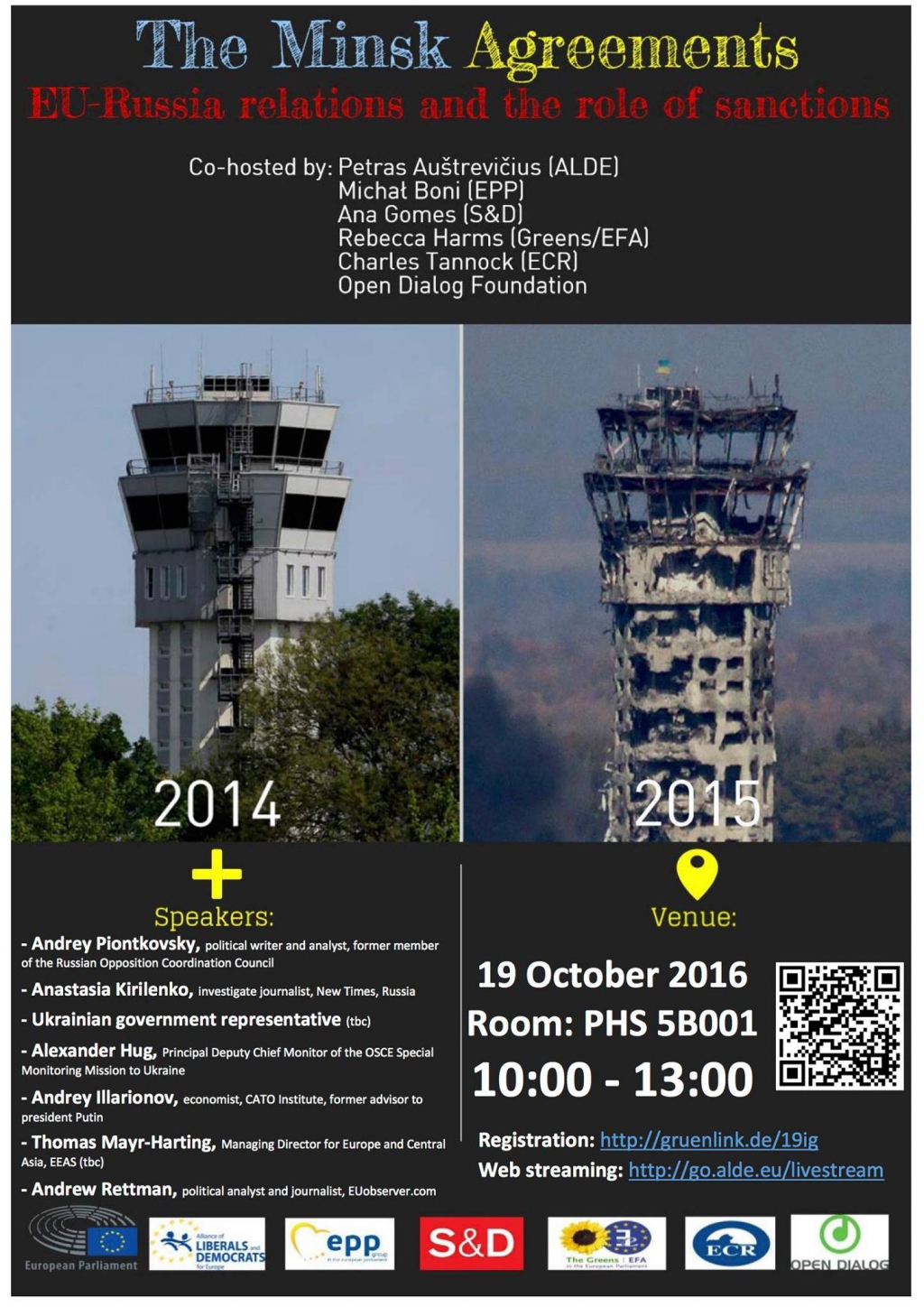 Over two years have passed since people of Ukraine went out to protest on Maidan. Russia continues to meddle in its neighbour’s internal issues with its illegal annexation of Crimea and its continuous involvement in the military conflict in eastern Ukraine. While Russia has done very little, if anything, to fulfil its part of the Minsk Agreements or to help deescalate the situation in eastern Ukraine, some voices in the EU have started calling for a debate on the current EU sanctions regime towards Russia.

How do the Russian experts from political, academic and civil society perceive the role and the effectiveness of the EU sanctions imposed on Russia? Have they been effective? Should they be extended or reviewed, eased or increased?

The aim of the event is to hold a debate with experts from Russia on the role the sanctions have had so far, as the EU leaders are preparing to debate the topic as well. We believe it is important to hear the voices from those who stand for a more democratic Russia and its friendly policy with all neighbours, as the EU might consider its next steps and evaluate its current strategy on sanctions.

Check out the programme of the event

If you do not have a badge to enter the premises of the European Parliament, please follow the link: http://gruenlink.de/19ig