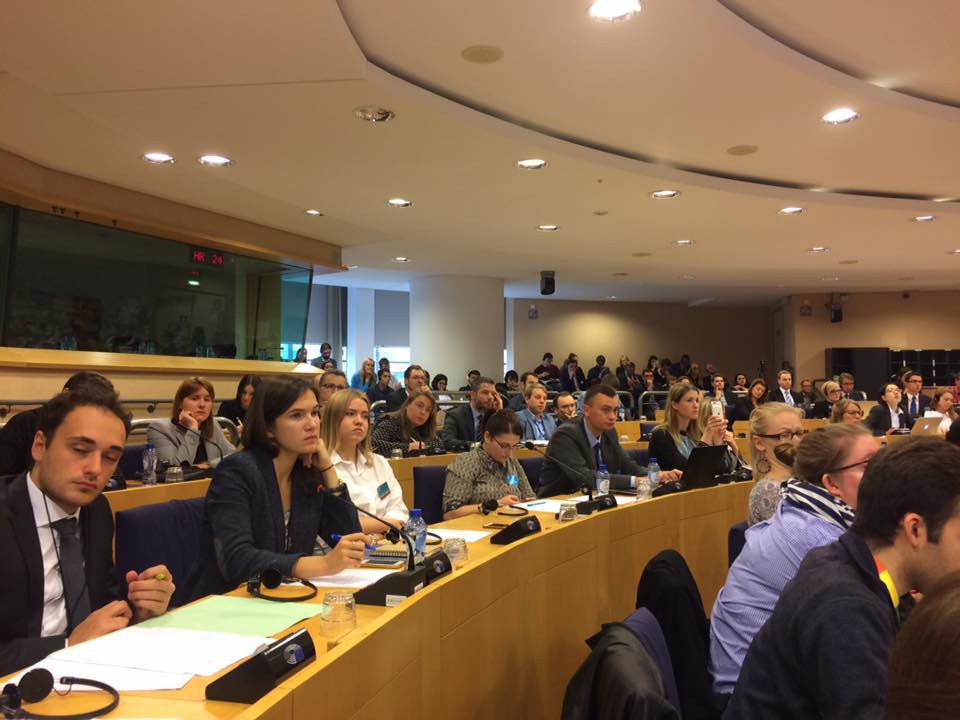 “The Minsk Agreements, EU-Russia relations and the role of sanctions” – debate event at the EP

On Wednesday, 19 October, 2016, the Open Dialog Foundation in cooperation with the biggest political groups in the European Parliament organized a debate event on “The Minsk Agreements, EU-Russia relations and the role of sanctions”, in Brussels. The event was hosted by Members of the European Parliament: Petras Auštrevičius (ALDE), Michał Boni (EPP), Ana Gomes MEP (S&D), Charles Tannock (ECR) and Rebecca Harms (Greens/EFA).

At the event, MEPs, speakers from the academic world, journalists and representatives of the civil society confronted each other during an interesting debate on the status of the Minsk Agreements and the effectiveness of the Western restrictive measures against the Kremlin.

During the opening discussion on “The Minsk Agreements: What is agreed, accomplished and failed? Why?”, prominent guests have raised problems and formulated recommendations in regards to the current situation in the Russian-Ukrainian conflict. Andrey Piontkovsky, Russian scientist, writer and political analyst warned about the clash of interpretations of the Minsk Agreements and Russia’s actions to misuse them; Anastasia Kirilenko, Russian investigative journalist explained why the peace processes usually fail in the post-Soviet space; Oleksii Makeiev, Political Director at the Ministry of Foreign Affairs of Ukraine, stressed the necessary of political and diplomatic efforts to stop Russia’s agression; while Alexander Hug, Principle Deputy Chief Monitor of the OSCE Special Monitoring Mission in Ukraine, urged for an effective monitoring and verification system of the Minsk Agreements.

In the second and concluding part of the event on “The Sanctions: Do sanctions work? What is next?”, Andrey Illarionov, Russian economist and a former advisor to the President of Russia Vladimir Putin, presented his proposals on a comprehensive system of Western sanctions; Hans van Baleen, Dutch Member of the European Parliament (ALDE), spoke out the case of MH17 flight and risks of the Russian propaganda; while Andrew Rettman, British journalist specialising in foreign affairs, stressed on the importance of the EU sanctions as a tool for a regime change in Russia. In this framework, Lyudmyla Kozlovska, President of the Open Dialog Foundation, called for the need of a new set of sanctions: according to the ODF, targeted personal sanctions are the most effective in influencing Russia’s systemic behaviour and are a fundamental tool to achieve the release of all the “Kremlin’s hostages”.

A general consensus over the prolongation of the Western sanctions against Russia was shared by the presents; at the same time speakers stressed on the need to review both the implementation and the mechanism of verification of the Minsk Agreements as an effective tool of political and diplomatic negotiations and a guarantee of Ukraine’s territorial integrity; while improving the Western system of sanctions as an ad-hoc instrument to challenge Putin’s Russia. 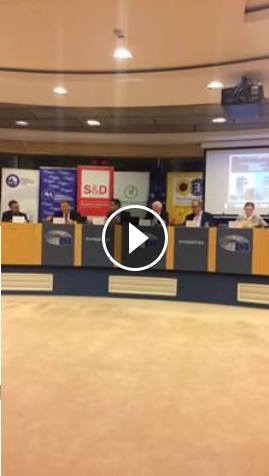 Following the event, the ODF representatives along with the speakers A. Illarionov and A. Kirilenko attended side-event meetings with MEPs and media representatives.

Moreover, the Presidents of EPP, ALDE and the Greens/EFA political groups, Manfred Weber, Guy Verhofstadt and Rebecca Harms, have addressed a cross party letter to Donald Tusk, President of the European Council, calling for further actions and sanctions against Russia’s military policy in Syria. The letter is available at this LINK.

Background: Russia’s illegal annexation of Crimea and the direct involvement in the confilct in Donbas

The illegitimacy of the Russia’s annexation of Crimea and the city of Sevastopol, as well as the so called “Crimean referendum” in March 2014, ushered immediate condemnations by the international democratic community. Following the Russian backed military aggression in the regions of Luhansk and Donetsk, Ukraine’s territorial integrity and sovereignty are at risk. In this regard, the Western EU member states and the United States have carried out political and diplomatic efforts for a peaceful solution of the conflict. In September 2014 a ceasefire agreement, the so-called “Minsk Agreement”, had been reached by the parties of the conflict. Further steps to stabilise the situation have been undertaken in February 2015, by the so-called “Minsk Agreement II”.

The Western strategy in de-escalating the Russian-Ukrainian conflict combine targeted restrictive measures along with political and diplomatic dialogue. However, the duration of these restrictions is strictly linked to the full implementation of the Minsk Agreements and Russia’s observance of the international law, which has not been fulfilled yet.

Since March 2014, the EU responded to Russia’s violations of Ukraine’s sovereignty and the breach of international law by undertaking political, diplomatic and economic restrictions. This set of sanctions compromises: political and diplomatic measures both at the international and European levels; individual restrictive measures against some of persons directly responsible for a threat to Ukraine’s territorial integrity and economic targeted sanctions on specific sectors of the Russian economy. Moreover, economic cooperation has been suspended together with the EU-Russia bilateral and regional cooperation; restrictions to economic exchanges between the EU and the illegally occupied territory of Crimea and Sevastopol have also been applied.