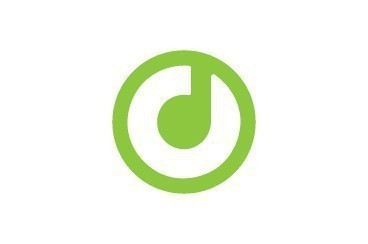 On 6 October, 2016, the Open Dialogue Foundation concluded an Amicable Settlement with the publisher (Agencja Wydawniczo-Reklamowa ‘Wprost’ Spółka z ograniczoną odpowiedzialnością – Publishing and Advertising Agency WPROST, Ltd.), the then editor-in-chief (Sylwester Latkowski) and one of the authors (Wiktor Bater) of the article entitled ‘Lobbyści Oligarchy’ [‘The Oligarch’s lobbyists’], published in the weekly ‘Wprost’ in February 2014. This puts an end to the lawsuit, filed by the Foundation against the weekly in connection with the publication of the material concerning the Foundation’s alleged links with ‘the oligarch from Kazakhstan’.

The Amicable Settlement in the lawsuit filed by the Open Dialogue Foundation against the Publishing and Advertising Agency WPROST, Ltd., the publisher of ‘Wprost’, Wiktor Bater – the author of the article and the then editor-in-chief of the magazine – Sylwester Latkowski, was signed after the court suggested that the Parties should undergo mediation. As part of the Settlement, ‘Wprost’ undertook to publish a correction of false information contained in the article. It has already been published in two online versions of the article on the following pages:
https://www.wprost.pl/435428/Lobbysci-oligarchy
https://www.wprost.pl/436103/Polscy-politycy-na-uslugach-kazachskiego-oligarchy

The Correction Notice was published in the recent issue of the weekly, in the printed form.

The ‘Wprost’ February 2014 article was published at the moment of the greatest engagement  of the Open Dialogue Foundation in the support of the EuroMaidan in Ukraine. Putting into question (by the means of presenting false information) the independence of the Foundation, it harmed its cooperation with Polish politicians and non-governmental organisations.

During the pre-trial proceedings, it was established that part of the materials used to prepare the article and presented as the fruit of inter-editorial cooperation were, in fact, notes produced by Russian and Ukrainian intelligence services at the time of Yanukovych’s governance.
The Publishing and Advertising Agency WPROST, Ltd., fulfiled its obligation, udertaken in the Settlement, in the indicated scope, within 7 days of its conclusion, even before its validation by the court.

Therefore, the Amicable Settlement and the Correction Notice put an end to the legal dispute, initiated by the Foundation’s request that Wprost remove the infringement of personal rights and subsequent lawsuit against the publisher, the editor-in-chief and the authors.

The Correction Notice is almost fully in line with the Foundation’s expectations, and, therefore, the ODF sees the result of the trial as a victory in a prestigious case. Still, the Foundation refrained from financial claims, which were initially presented as an additional instrument of pressure on the publisher.

The case was carried out by Attorney Paulina Kutrzebka with the Law Firm Świeca i Wspólnicy, and Attorney Wojciech Mądrzycki.