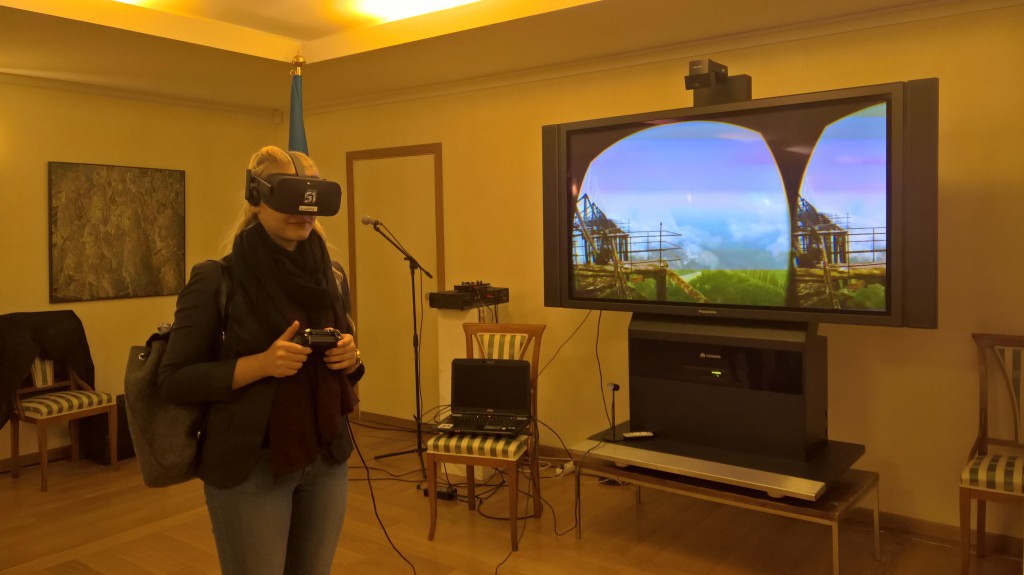 On Tuesday, 8 November, 2016, the European premiere of the first interactive museum of Chernobyl took place within the “Eastern Partnerhsip Days”, an initiative of the East Poland House in Brussels. The event was organized by the Open Dialog Foundation and The Farm 51 with the cooperation of the Embassy of Ukraine to the Kingdom of Belgium and Members of the European Parliament: Mrs Rebecca Harms – Co-Chair of the Greens/EFA group and Mr Michał Boni – Member of the EPP group in the European Parliament. The event attracted guests from the European institutions, diplomatic missions, media and NGOs.

The launch of the Chernobyl VR Project marks the 30th anniversary from the 1986 Chernobyl disaster, a catastrophic nuclear accident that dramatically affected the lives of people living in the Chernobyl and Pripyat area. Thanks to the virtual reality technology, The Farm 51 developed an innovative project which narrates the Chernobyl disaster through an unique and interactive experience. The project has already attracted attention in Kyiv, Ukraine and Warsaw, Poland and it has now reached the European audience. Following the opening ceremony, side-event meetings with Polish Members of the European Parliament took place.

The Chernobyl VR Project, a joint initiative of a Polish company, The Farm 51, and the Open Dialog Foundation is an edutainment application, developed with the use of the virtual Reality 51 technology, allowing each and everyone to visit the immediate area around the disaster’s site, which has been sealed off and closed to the public for years. We get to walk around the virtual exclusion zone and discover it through personal stories of those directly affected by the explosion. Furthermore, what’s key is that the project has a broader social impact. Thanks to The Farm 51, part of the profits from the sales of the Chernobyl VR Project application will be dedicated to helping victims of the Chernobyl disaster and their families.

During the event, Mr Wojciech Pazdur, Director of Development at The Farm 51, introduced and explained the advanced VR technology behind the Chernobyl VR Project, stressing on the potential social impact that this technology could have. Following the presentation of the project, guests were invited to personally experience the VR technology and to start their own journey through the undiscovered places of the disaster’s site; immersing themselves in the virtual museum of Chernobyl and interacting with the surrounding environment.

The project has already reached attention by attracted representatives of international institutions and diplomatic community, governmental and local authorities in Ukraine, as well as worldwide media and civil society. The Open Dialog Foundation and The Farm 51 plans to showcase the project internationally and present what we believe can become the new and unique way of bringing important events and issues from our common history and present closer to individuals all over the world.

Further information about the previous events in Kyiv and Warsaw can be found HERE and HERE.

To find out more about the project please visit the Chernobyl VR Project website.