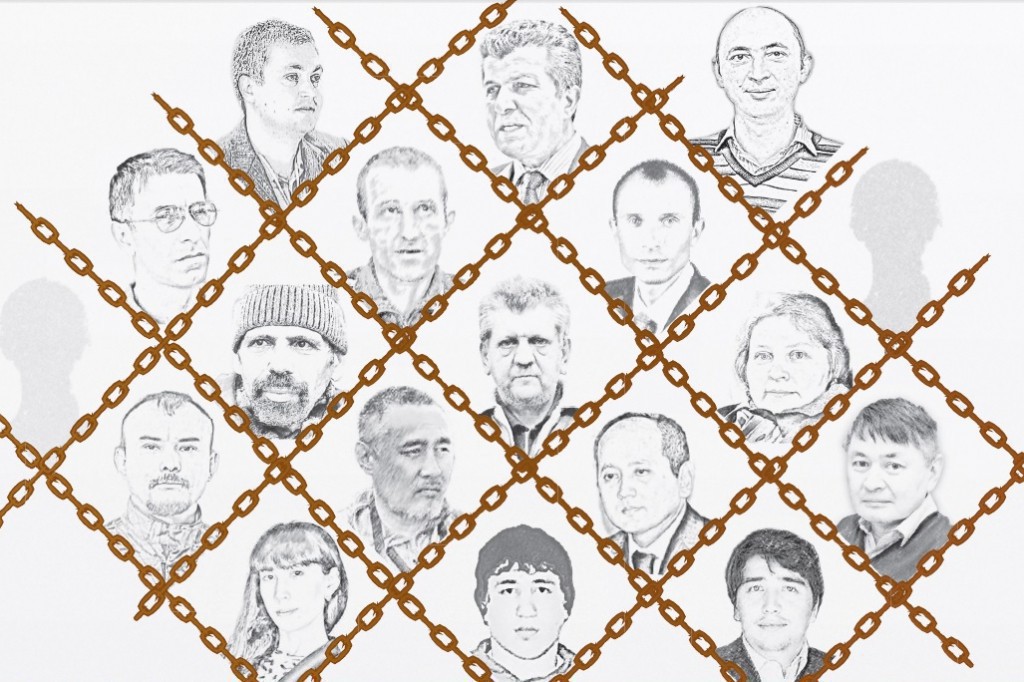 Through illegal extraditions and violations of the rights of refugees, the Ukrainian authorities contribute towards the political persecution by Moldova, Russia, Kazakhstan, Azerbaijan and Belarus.

Three years after the Revolution of Dignity, the General Prosecutor’s Office of Ukraine, the Security Service and the Migration Service continue to employ methods of Viktor Yanukovych, ousted from the office of President in 2014. In particular, Ukraine continues to help post-Soviet states pursue political refugees and asylum seekers.

Established links, common methods of operation and common language of communication – all of this characterises the law enforcement bodies and special services of the post-Soviet states (except the Baltic states). Within the framework of the Commonwealth of Independent States (CIS), agreements on combatting crime and joint search activities are in place.

Two years ago, the Ukrainian authorities declared their withdrawal from the CIS [1] [2] [3]. However, Ukraine is a member of the Minsk Convention on Legal Assistance signed, among others, by Azerbaijan, Belarus, Kazakhstan, Moldova and Russia (all of them, save for Moldova, are authoritarian states). It is with these very countries that Ukraine most closely cooperates with respect to matters of extradition.

The victims of such ‘legal aid’ are often refugees who face politically motivated criminal prosecutions in their homelands. The problem is systemic in nature, as evidenced by the significant number of such cases (this report presents only the most high-profile cases).

Contrary to international law, in April 2016, the General Prosecutor’s Office of Ukraine (GPU) has tried to extradite a refugee and human rights activist Alovsat Aliyev to his country of origin – Azerbaijan. The prosecutor’s office has even allowed a visit from an Azerbaijani representative who attended a detention centre in order to threaten Aliyev. It was only due to intervention by the German embassy that the extradition of the human rights defender was prevented.

The GPU did not take into account the information, publicised in 2014, concerning the illegal actions of an investigator of the Ukrainian Interior Ministry who was in charge of the case against Kazakh businessman and opposition politician Mukhtar Ablyazov, as well as his associates. In 2015, the GPU has closed the criminal case against the investigator and continues to ignore the statements of human rights activists and many members of the European Parliament underlining the political context of Ablyazov’s case. On 9 December, 2016, France’s Council of State (Conseil d’Etat) recognised the case of Ablyazov as politically motivated. Still, Ukrainian authorities continue to assist Kazakhstan in bringing about the extradition of Ablyazov and his associates.

On 29 August, 2016, Vyacheslav Platon (Kobalyev) was extradited from Ukraine to Moldova in gross violation of the law. He was set to testify about the activity of Vladimir Plahotniuc, who is known as the most powerful oligarch in Moldova and a friend of the President of Ukraine Petro Poroshenko. The law prohibits an extradition being carried out until such time that the deadline for filing an appeal against an extradition order has passed. However, the GPU and the Security Service of Ukraine (SBU) allowed Platon (Kobalyev) no opportunity to exercise his right to appeal to the court.

Moreover, Platon (Kobalyev) holds a Ukrainian passport and the Ukrainian Constitution prohibits the rendering of its citizens. And yet, in the absence of any court rulings, the GPU determined that his passport was counterfeit. Thus, Platon’s (Kobalyev’s) citizenship was recognised as ‘invalid’, although the citizenship deprivation procedure hadn’t been carried out against him.

This case is a dangerous precedent which could be used by the authorities to eliminate their political opponents. Such a mechanism was discussed in the context of Mikheil Saakashvili. In November 2016, Saakashvili has left public office, joined the opposition and began to criticise not only the Government, but also the President of Ukraine. Shortly after, Saakashvili declared that President Poroshenko “gave an instruction to work on preparing the procedure aimed at depriving me of citizenship by the decision of the court”. This fact was reported by some media, citing sources in the Presidential Administration. The General Prosecutor denied this information, stating that “Ukraine does not extradite its citizens”. However, as it transpired, in the case of Platon (Kobalyev), this legal provision was ignored.

Extradition issues do not fall within the scope of competence of the SBU, still, the body detained Platon (Kobalyev) and executed a decision on his extradition. In addition, SBU officers abducted Aminat Babayeva (who had requested asylum in Ukraine) from the office of the migration service and forcibly returned her to Russia. This case may be an indication of cooperation between the SBU and Russian special services, despite the fact that the SBU states that cooperation between the two ceased in 2014.

The Migration Service of Ukraine systematically and unreasonably refuses to grant asylum or subsidiary protection to citizens of Russia who are being persecuted for their support of Euromaidan, non-recognition of the annexation of the Crimea and for criticism of Russia’s military aggression in the Donbass. In many cases, courts require that the Migration Service reconsider decisions, but officials stand their ground, denying asylum applications numerous times.

In its decisions, the Migration Service of Ukraine refers to Russian legislation and the Constitution, referring to Russia as a ‘democratic state of law’, where ‘torture is not practiced’ and ‘freedom of peaceful assembly is guaranteed’. It expresses full confidence in the materials of Russian law enforcement agencies. “The Pro-Ukrainian position is no more than an attempt to avoid criminal liability for their actions”, – such conclusions are communicated to asylum seekers by Ukrainian officials.

Bureaucratic logic of the Migration Service contradicts the conclusions of international organisations who highlight human rights violations in Russia and the Resolution of the Verkhovna Rada of Ukraine on the recognition of Russia as an aggressor. When considering applications for asylum, Ukrainian officials continue to regard Russia as a reliable partner; as though no Russian military invasion of the Crimea and the Donbass has taken place; as though dozens of Ukrainian citizens haven’t been subjected to political prosecution in Russia. This situation serves to render Russians seeking asylum in Ukraine even more vulnerable.

In 2013, Amnesty International published a report on cooperation between the CIS countries (including Ukraine and Russia) with respect to illegal extraditions, expulsions and kidnappings of refugees to the countries of Central Asia. Unfortunately, even after the overthrow of the Yanukovych regime, Ukraine continues the said cooperation.

According to the results of monitoring of the situation in the years 2014-2016, in this report, the Open Dialog Foundation analyses the support, rendered by Ukraine after the Revolution of Dignity, to the authorities of Moldova, Russia, Kazakhstan, Azerbaijan and Belarus in the prosecution of their political opponents or contributions towards their persecution. We do not consider the question of whether the individuals are guilty or innocent of the crimes that they are accused of. However, we do pay special attention to violations by Ukraine of the rights of refugees and asylum-seekers, namely: illegal expulsions and extraditions; illegal influence on the outcome of extradition cases; groundless refusals to grant asylum.