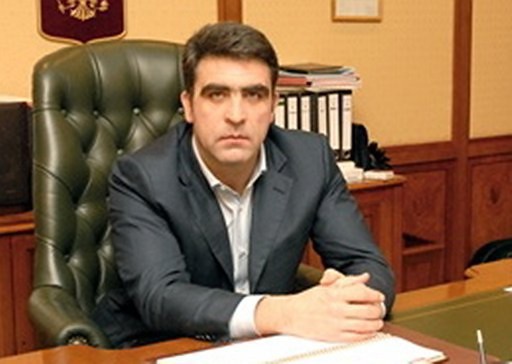 Russian whistle-blower Nail Malyutin at risk of extradition from Austria

On 7 December, 2016, the Higher Regional Court of Vienna (Oberlandesgericht Wien) revoked the decision of 29 July, 2015 to approve Malyutin’s extradition to Russia based on charges of incitement to murder. The court now ordered that the case of Malyutin be re-examined. However, the latest decisions do not affect the very extradition request which remains pending. It is, therefore, critically important that, when re-examining the case,the District Court in Vienna (Landesgericht) and the Austrian government pay attention to the fact which confirms that financial accusations have the same doubtful grounds as the murder-related charges, and are being used as a means to justify the politically motivated extradition.

Although the Open Dialog Foundation welcomes the recent decision as a positive development, it remains highly concerned about the continuation of treating part of Russia’s accusations as a possible justification for extradition.

Furthermore, there are currently no grounds for keeping Nail Malyutin in detention in Austria. As the decision on extradition was dismissed and he has a permanent address of residence in Austria, all the conditions for ruling his release on bail are fulfilled. There are reasons to believe that Russia’s accusations, embodied in the extradition request, were designed to keep him in detention for the longest possible period. As his imprisonment in Austria was prolonged beyond the limit of instruction (1 year), there are grounds for claiming compensation from the Austrian state.

Background to the case of Nail Malyutin:

In 2008, Nail Malyutin revealed illegal money transfers, carried out with the participation of Templestowe Trading Corporation, a company owned by Igor Yusufov, a former energy minister and a member of the Gazprom Board of Directors, and Dmitry Medvedev’s trusted person. The transactions, which resulted in losses, suffered by the state enterprise ‘Finance Leasing Company’ JSC, which was managed by Malyutin, were designed to be a preparation for the acquisition of German shipyards. Malyutin made futile attempts to seek justice before the authorities of the Russian judiciary to which he reported the siphoning out of approx. $83.4 million from the FLS. Also, in 2012, he informed the German public prosecutor in Schwerin about an illegal source of funds for which the shipyards were purchased.

Shortly after, Russia initiated a criminal case, accusing Malyutin of misappropriating funds. The case was initiated illegally, based on the testimony of an employee of the ‘K’ Department of the Economic Security Service of the FSB, similarly to the manner, in which the case of Sergey Magnitsky had been initiated. In addition to financial charges, he was accused of committing murder. The criminal charges were based on extremely unreliable grounds: it was based on the testimony, given by an ex-officer of intelligence services who was considered by the court as mentally unstable.

In December, 2014, Malyutin was arrested in Austria, following the submission by Russia of an application with INTERPOL. Austria has not examined the claims of a highly political nature of the case, connected with the fact that Malyutin had incriminated persons, closely linked to Russia’s government circles. The court did not pay attention to the arguments of the defence which refuted the claim of the prosecutor.

Although the court, which is examining the extradition case, is not obliged to examine the merits of the entire case file, it must not ignore very clear premises showing that the scheme, which had already been applied by Russia in other fabricated cases, was also used in this case, and that the accusations are poor in quality and contradictory. Russia is not able to guarantee a fair trial, decent conditions of detention of the detainee or protection from torture.

The decision of the Higher Regional Court of Vienna dated 7 December, 2016, reads that should the extradition decision be executed, Malyutin will be transferred to Vladikavkaz (the region in the North Ossetia). This is where the authorities tend to send cases of special importance (e.g. the cases of some Ukrainian ‘hostages of the Kremlin’). In the district, torture is commonplace, and the right to defence practically does not exist.

There is high risk that, once rendered to the Investigative Committee of the North Caucasian Federal District, Malyutin would be killed, as Mr Yusufov, against whom Malyutin testified, effectively influences the investigative structures in North Ossetia. In the past, there were multiple examples of suspicious deaths of detainees in this region. Well documented cases of torture in Russian detention facilities, exerted in order to coerce detainees to give ‘convenient’ testimonies and make confessions, include those examined by the European Court for Human Rights, such as Zayev v. Russia (no. 36552/05), Turbylev v. Russia (no. 4722/09). Arbitrarily prolonged pre-trial detention is routinely applied, even in the absence of relevant grounds; it was applied in the case of Tsarenko v. Russia, No. 5235/09. Human Rights Watch report for 2015 indicates that even those prisoners whose cases are closely followed by the international community and the media, are being mistreated when criticising authorities.

In the annual report for the years 2015-2016, Amnesty International reported such ‘deep-rooted and widespread defects of the Russian system of justice in criminal matters’ as ‘breaching the principles of equality of the parties; (…) the willingness of the courts to recognise evidence obtained through torture; participation of secret witnesses; denial of the right to use the services of an attorney of choice’. Russia has repeatedly violated the assumed commitments regarding fair trials.

Austria should not rely on diplomatic assurances from Russia, as they are not credible in Malyutin case. The genuine intentions of the Russian authorities were best shown by their denial to move the case from North Caucasus to Moscow (which was requested by Austria), and their denial to allow him to serve his potential prison term in Moscow. Austria cannot carry out the extradition based on mere assurances that Russia would carry out the judicial proceedings properly.

Also, it cannot extradite Malyutin before the case is received and analysed by the European Court of Human Rights. Besides, Austria should not extradite Malyutin to Russia until thorough check of accusations of murder is carried out. Doubtfulness of accusations of murder considered by Austrian court may mean that charges of financial crimes are also fabricated.

Russia will not be able to guarantee to Nail Malyutin, a fair investigation, trial and protection against torture. For this reason, as well as due to the political context and the proof of fabrication of the case, we herbey urge Austrian authorities to refuse to extradite Nail Malyutin.