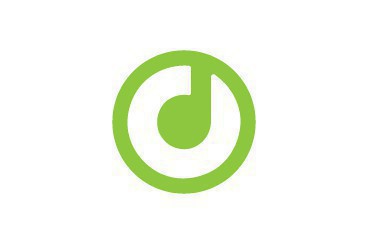 We, the Russian and Polish human rights activists, hereby urge the Ministry of Justice of Austria to prevent the extradition of Nail Malyutin to Russia until the circumstances of his case are determined by the competent authorities of the Republic of Austria. In the case of his extradition to Russia, Malyutin would not be provided with the right to safety, a fair trial or adequate conditions of detention. We welcome the decision of the High Regional Court of Vienna (Oberlandesgericht Wien) of 7 December 2016, to reconsider the case of Nail Malyutin in the part related to the charges of ‘incitement to murder’. This is an important signal, giving reason to consider doubtful all the charges, brought against Nail Malyutin by Russia, and re-examine his case.

The criminal prosecution of Nail Malyutin was launched in August 2012. Malyutin was accused of financial embezzlement in the company with a majority state capital, namely: JSC ‘Finance Leasing Company’ (FLC), where he served as CEO. Back in late 2008, Nail Malyutin initiated a financial audit in the FLC, which resulted in revealing illegal financial transactions, carried out by the company’s shareholders – dozens of millions of dollars were illegally siphoned off from the FLC. Malyutin gave publicity to the disclosed incidents of the theft of funds, however, attempts to initiate a criminal case have proven to be futile. Russian law enforcement bodies “did not notice” financial crimes in the company.

In June 2012, Nail Malyutin addressed the prosecutor’s office in Schwerin (Germany) with a statement that the funds, illegally siphoned off from the FLC accounts, were used for the purchase of the Aker Yards shipyards. In August 2012, the prosecutor’s office in Schwerin invited him for questioning. Several days later, a criminal case was initiated against Nail Malyutin in Russia.

Thus, a link between Nail Malyutin’s intention to cooperate with foreign law enforcement bodies and the initiation of a criminal case against him in Russia is apparent. Russian investigators, who for more than 3 years, refused to investigate into the embezzlement of large sums from the FLC accounts, highly intensified their actions, perhaps bearing in mind that there was a risk that the information about the involvement in the theft of tens of millions of dollars by the company’s shareholders would be disseminated among the international community.

Realising that the criminal charges of economic crimes may not be sufficient for the extradition of Nail Malyutin, in September 2014, Russia accused him of another crime: ‘incitement to murder’. The second criminal case is even more questionable. The offence, allegedly committed by Malyutin, took place at the end of 2006 and was not investigated until 2014. The only evidence in the case is the testimony of a single witness – a former law enforcement officer – who also has been recognised by the court as unable to be tried due to mental illness. It is obvious that the charges of ‘incitement to murder’ were designed to discredit the reputation of Nail Malyutin and increase the chances of his extradition.

We would like to draw your attention to the fact that these additional charges of ‘incitement to murder’ have been used to strengthen the accusations against Malyutin and eventually served as a reason for taking Malyutin into custody in March 2015.

The case of Nail Malyutin is being investigated by law enforcement bodies of the North Caucasus Federal District; if extradited, Malyutin would be transferred to this very region. The Caucasian region of Russia is famous for carrying out politically-motivated show trials, as well as frequent attacks on human rights defenders and independent journalists. It was in the courts of the North Caucasus Federal District that political trials were held against Ukrainian citizens, such as: Oleg Sentsov, Alexandr Kolchenko, Nikolay Karpyuk, Stanislav Klykh and many Crimean people who faced politically motivated criminal prosecutions following the occupation of the Crimean peninsula. All the cases ended in convictions, and every one of the prisoners was subjected to inhuman torture.

Additional risk for Nail Malyutin is due to the fact that he is a businessman and a native of Central Asia. Many years’ human rights practices and the practice of our organisations indicate that in Russian penitentiary facilities, convicted entrepreneurs and representatives of ethnic minorities often face extortion under the threat of physical violence.

The analysis of the criminal charges, brought by Russia against Nail Malyutin, casts doubt on the impartiality and independence of the investigation. There is reason to consider the criminal charges fabricated and built solely on the testimony of workers of the law enforcement bodies of the Russian Federation. The situation with human rights in Russia is deteriorating from year to year. Russia will not be able to ensure a fair investigation of the case of Nail Malyutin, a fair trial and protection against torture and will not fulfill its obligations, connected with diplomatic assurances, towards Austria. In such circumstances, the United Nations Convention against Torture prohibits the extradition. In the case of extradition, the Austrian authorities would be responsible for torture and possible death of Nail Malyutin.