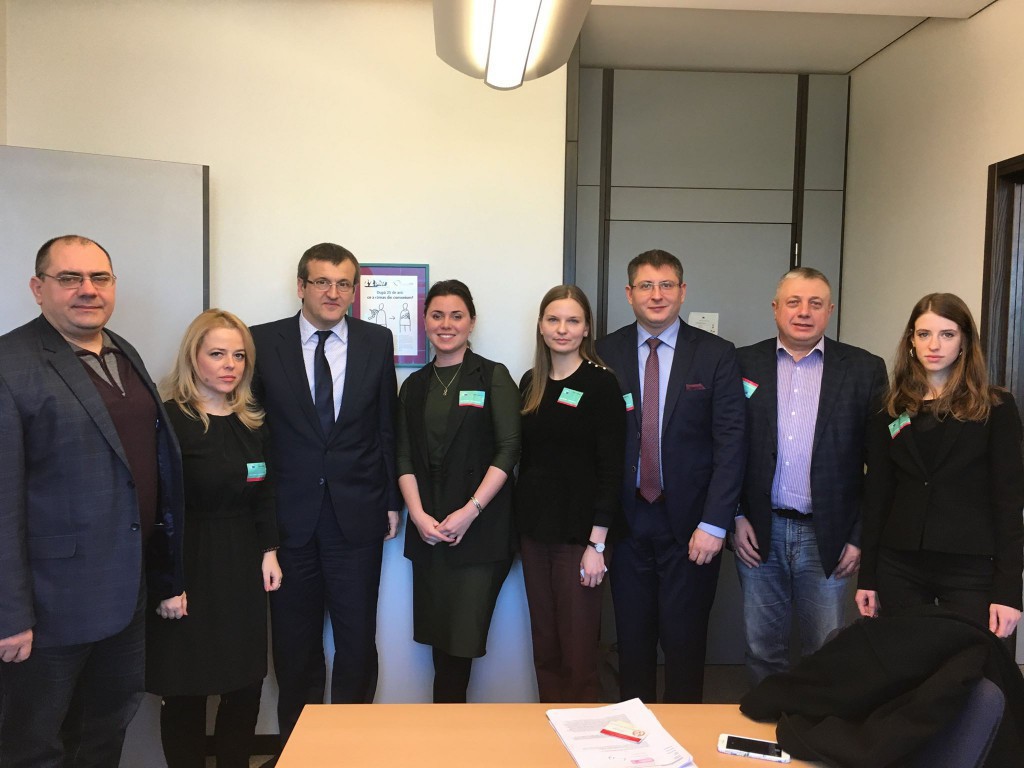 Mid-December 2016 was a period of intense work on the support of the civil society in Moldova. With a group of its prominent representatives, we held series of high-level meetings in the European Parliament as well as Parliamentary Assembly of the Council of Europe in order to discuss the country’s political and human rights problems.

The delegation was comprised of Lyudmyla Kozlovska, President of the Open Dialogue Foundation; Ana Ursachi and Eduard Rudenco, Moldovan lawyers, Alexandru Machedon, the owner of the leading Moldovan ICT company StarNet and initiator of the projects Academy+Moldova and Chisinau Digital City; Natalia Morari, a journalist and Alexei Tulbure, a civil society activist and former diplomat.

The delegation members observed Third EU Moldova-Parliamentary Association Committee Meeting and raised the issue of a significant financial support for Moldova’s civil society which, due to a lack of proper information, is currently being misused by non-active and artificially created organisations, pretending to be its only legitmate representation.

Members of the European Parliament and its Committee on Foreign Affairs and Subcommittee on Human Rights strongly condemn the ongoing persecution campaign in the Republic of Moldova against Ms Ana Ursachi, a prominent Moldovan lawyer and human rights defender, and her colleague Mr Eduard Rudenco.

Recently, Ms Ursachi and Mr Rudenco have become victims of intimidation and defamatory campaign, carried out by the Moldovan prosecutor’s offices and media outlets, owned by the Moldovan oligarch Mr Vlad Plahotniuc. These actions are linked to their professional activity and the defence of opponents and critics of Mr Plahotniuc and his associates.

For instance, Ms Ursachi has been acting as a defence lawyer in a criminal case, initiated against Mr Vyacheslav -Platon-Kobalyev for political reasons. Mr Vyacheslav Platon-Kobalyev is a , a citizen of Moldova and Ukraine, unlawfully extradited from Ukraine to Moldova and detained for being a key witness in the case regarding the Moldovan oligarch Mr Plahotniuc and the alleged embezzlement of $1 billion from Moldova’s state budget; as well as the case of Mr Sergiu Cibotari, a Moldovan citizen and a former employee of the state enterprise Post of Moldova, who was initially detained for intending to present to the special parliamentary commission, evidence concerning the smuggling plot involving Post of Moldova and its management, linked to Mr Plahotniuc.

MEPs strongly condemned the current situation and the practice of political misuse ofMoldova’s prosecutor’s offices, courts, media outlets and other forms of state bodies in Moldova against lawyers, human rights defenders, civic activists, business representatives or even independent prosecutors and judges, who refused to participate in politically motivated trials, such as, for instance, Judge Domnica Manole from the Appellate Court in Chisinau.

For more information, please read our recent reports on the aforementioned cases: