Search
The Open Dialogue FoundationMedia about usBartosz Kramek for Puls Biznesu: For Ukraine, Poland is the gate to the EU

Low living standards, war, corruption – these and other factors prompt Ukrainians to leave their country. Those who decided to start a new life in Poland, increasingly frequently consider establishing a business here. Organisations, such as Open Europe Group, which collaborates with the Open Dialog Foundation, offers them support associated with registration and running the company.

– The number of Ukrainian citizens in Poland has increased significantly since 2013. It is said that, currently, there is approx. a million of them. They take up jobs, and more and more of them open their own business – Bartosz Kramek, President of the Management Board of the Open Dialog Foundation and CEO of Open Europe Group stated in an interview for Puls Biznesu. He emphasised that, for Ukrainians, Poland is a symbol of success. However,a different law, foreign language and complicated registration procedures pose a significant challenge to them. Therefore, OEG offers advice and assistance, primarily, to owners of small and medium-sized enterprises. – Unfortunately, many of them do not have adequate financial resources. Exchange rates make partial relocation of their companies to Poland oropening a logistics centrein the country impossible as it exceeds their budget. We help them to find a solution in such situations – Kramek added.

According to the daily Puls Biznesu, in 2005, people from the other side of the eastern border established 50 companies in Poland, while ten years later – almost 800. In the first half of last year, 489 new companies run by Ukrainians were registered. In total, over the last 10 years, they established 4,000 companies, of which 3,000 are still operating today. 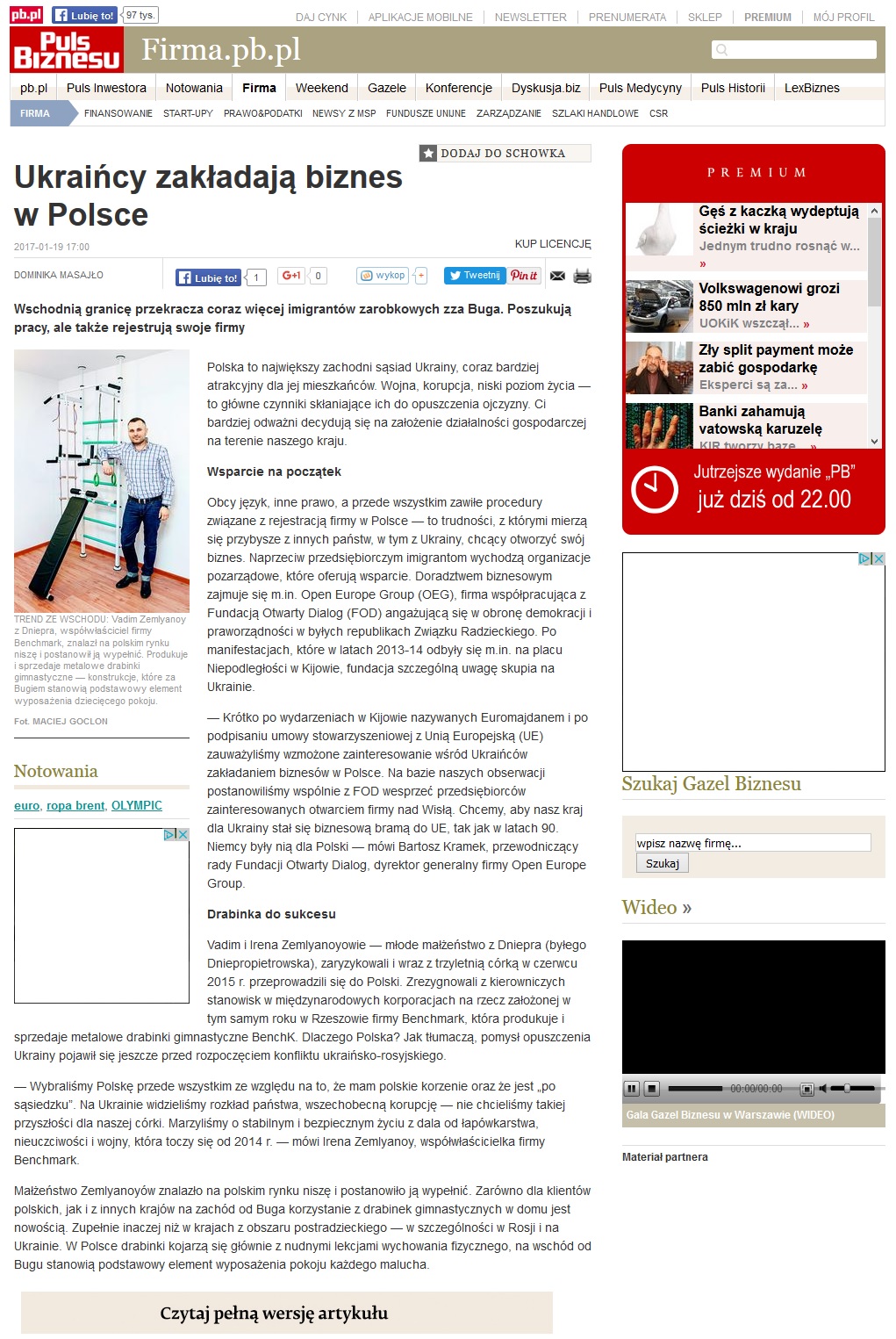