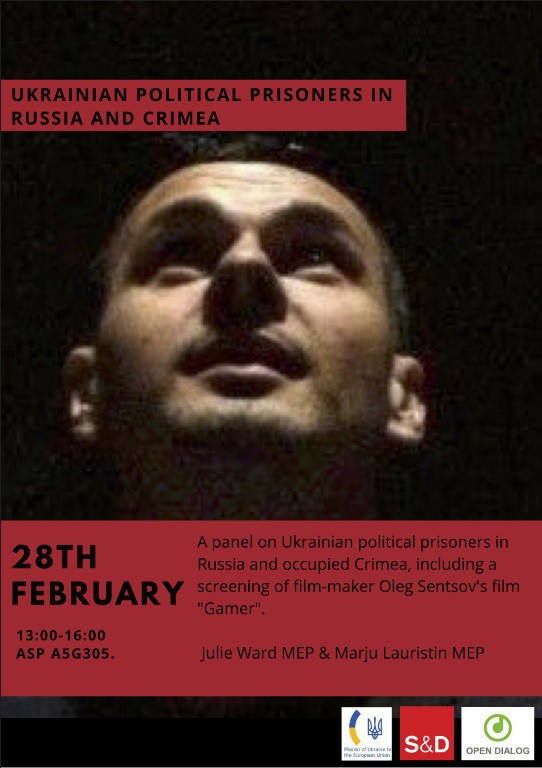 On behalf of the Members of the European Parliament Ms Julie Ward (S&D, United Kingdom) and Mrs Marju Lauristin (S&D, Estonia), the Open Dialog Foundation and the Mission of Ukraine to the EU, we would like to kindly invite you to an event dedicated to a problem of Ukrainian political prisoners in the Russian Federation and the illegally occupied Crimea, with the participation of: 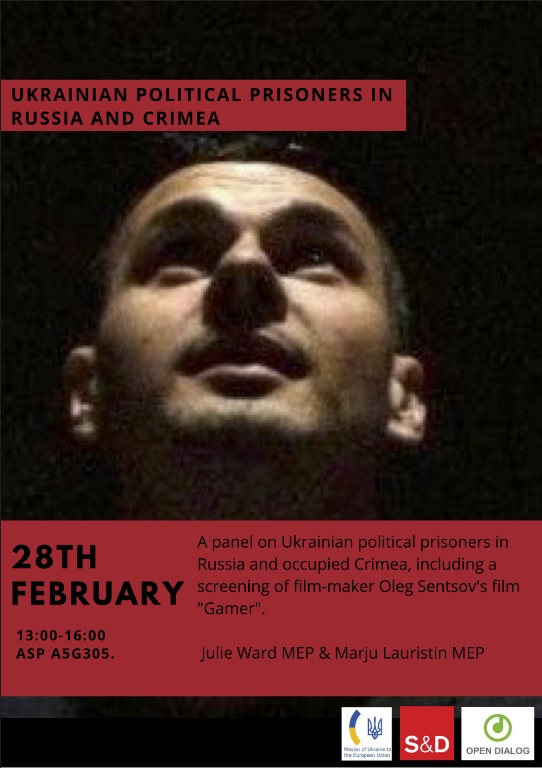 During the event the cases of Mr Oleg Sentsov, Ukrainian filmmaker and the current political prisoner in the Russian Federation, as well as other ‘hostages of the Kremlin‘, will be presented and discussed. At the end of a debate (around 14:00) there will be a screening of Mr Sentsov’s movie “Gamer” (2011).

The event will be held in English (with Ukrainian/Russian interpretation when needed).

Center for Civil Liberties from Ukraine is a partner of the event.