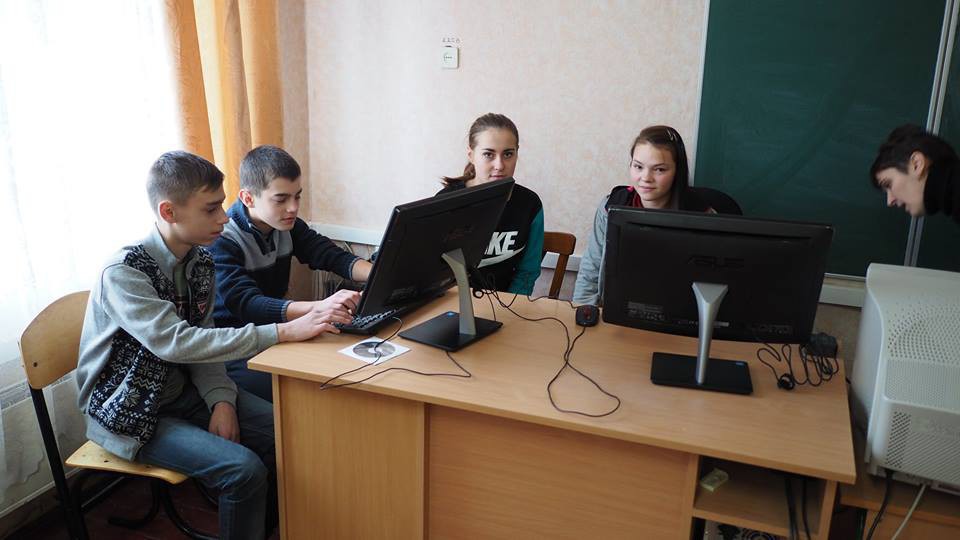 In January 2017, the Polish company The Farm 51 which develops computer games and applications for VR technology, along with the Open Dialog Foundation, sent the first consignment of humanitarian aid for schools that are still attended in the Exclusion Zone surrounding the Chernobyl Nuclear Power Plant.

In May last year, on the initiative of The Farm 51, a commission of experts was established which included representatives of the Ukraine Image Agency, Human Rights Information Centre, the organisation Global Ukraine, the State Agency for Zones of Exclusion and an independent expert Dmytro Skrylnikov. The Commission carried out an in-depth study during visits to schools located in the region affected by the Chernobyl disaster in order to carefully assess the schools’ needs. In January this year, these schools received the first consignment of aid.

“We started shooting in Chernobyl a few years ago” – says Wojtek Pazdur, Vice President of the Management Board of The Farm 51. “First, we mainly shot abandoned areas, but we soon realized that near the area close to Zone of  Exclusion, many people still live and there are schools still in operation. The conditions under which children are taught in these schools was shocking. We wanted to help in any way we could, but as we had had no experience of such work previously, we decided to turn to Ukrainian organizations and institutions equipped to work in this sphere. Based on their advice and after identifying the real needs of the schools, in January 2017, we bought the first consignment of aid”.

In December 2016, we started selling the mobile application Chernobyl VR Project, of which a significant proportion of the profits will be used to support these schools and organizations that help the victims of the Chernobyl disaster. In January, the first batch of aid was sent to educational associations and institutions in three villages: Hornostaipil, Obukhovychi and Prybirsk. Computers and sports equipment – balls, table tennis equipmentand gymnastics mats amongst many other items were bought for these schools. The next stages of provision of aid to the victims of the Chernobyl disaster will be carried out every few months.

A few days after its launch, Chernobyl VR Project was high on the list of best-selling applications and now anyone who buys it can help to equip schools with modern equipment: https://www.g2a.com/chernobylvr. Anyone who wants to help can decide exactly how much they wish to allocate to this cause when they purchase the app.

The list of needs is long but the biggest problems faced remain the dining, changing and computer rooms, which some schools simply don’t have, as well as access to clean drinking water. It’s our mission to ensure that, in the future, people won’t just play VR games to see what the Zone of Exclusion looked like in the past, but they will actively help improve local living conditions in the present – emphasizes Lyudmyla Kozlovska, President of the Open Dialog Foundation.

Chernobyl VR Project is a unique project by The Farm 51 which combines a photo-realistic journey into the heart of the exclusion zone with the educational value of an interactive documentary. This is the first ever virtual tour of Chernobyl and Pripyat, designed for today’s most popular VR devices. Last week, the application was presented as part of the Ukrainian exhibition “Chernobyl.Inside.” At the UN’s headquarters in Geneva.

More information about the project: