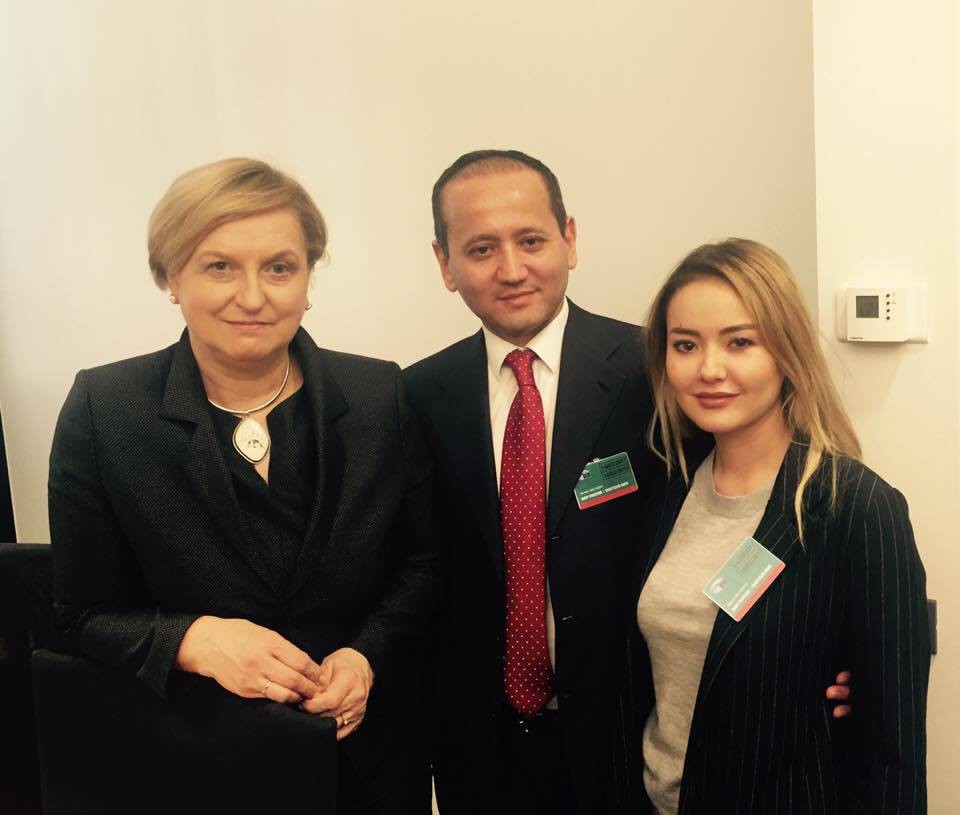 The ODF discussed human rights in Kazakhstan at the EP & CoE

Between 14 and 16 February, 2017, a delegation of the Open Dialog Foundation was present at a plenary session of the European Parliament in Strasbourg. The aim of the visit was to discuss the current human rights, political and economic situation in Kazakhstan – the ‘transition’ and economic ‘development’ plans of the President Nursultan Nazarbayev; prosecution of journalists and blogers, oil-workers and land-reform protesters; as well as political persecution of critics of Kazakhstan abroad.

The participation of Mukhtar Ablyazov, Kazakh opposition politician, refugee, businessman and a personal enemy of President Nazarbayev, released from a French detention facility where he had been subjected to extradition arrest, was also an occasion to personally thank to Members of the European Parliament for their help. In December 2016, the highest French court Council of State (Conseil d’État) refused to render the oppositionist to Russia and Ukraine which ungroundedly applied for his extradition on the request of Kazakhstan in 2013. Ablyazov was arrested in France on 31 July, 2013. More than 50 Members of the European Parliament expressed their support in the case of Mr Ablyazov and his former colleagues or family members persecuted across Europe and the USA, which granted them various forms of protection (asylum, refugee status and international protection).

After a breakfast meeting hosted by the Social-Democratic (S&D) Members of the European Parliament Marju Lauristin (Estonia), Mady Delvaux (Luxembourg) and Julie Ward (United Kingdom), the delegation held also a series of bilateral meetings with Members of other major political groups and relevant for human rights in Kazakhstan committees and delegations: Tunne Kelam (Estonia, European People’s Party), Tomas Zdechovsky (the Czech Republic/Czechia, EPP), Ismail Ertug (Germany, S&D), Kazimierz Michał Ujazdowski (Poland, European Conservatives and Reformists) and Petras Austrevicius (Lithuania, Alliance of Liberals and Democrats for Europe). Moreover the ODF, Mukhtar Ablyazov and his daughter Madina Ablyazova met with the Chair of the Subcommittee on Human Rights Pier Antonio Panzeri (Italy, S&D), the Chair of the Subcommittee on Security and Defence Anna Fotyga (Poland, ECR), the Chair of the Committee on Legal Affairs Pavel Svoboda (the Czech Republic/Czechia, EPP), as well as the former Chair of the Committee on Foreign Affairs Elmar Brok (Germany, EPP).

The 4-day mission in France served also as chance to meet with public officials and diplomats from the Council of Europe in Strasbourg, as well as journalists based in Paris.