Search
The Open Dialogue FoundationPublicationsAblyazov has been released from prison. Kazakhstan, Russia and Ukraine continue to harass the oppositionist

On 9 December 2016, France’s State Council (Conseil d’Etat) rejected Russia’s request for the extradition of the Kazakh opposition politician and businessman Mukhtar Ablyazov. The request for Ablyazov’s extradition was recognised as politically motivated. The State Council emphasised that authorities in Kazakhstan were behind both the Ukrainian and Russian extradition requests. Thus, France is the latest to join the group of EU states to have refused to extradite Ablyazov associates. However, Kazakhstan, Russia and Ukraine continue to ignore the position of the international community by undertaking further efforts aimed at bringing about the extradition of Ablyazov and his associates. Currently, Tatiana Paraskevich, Ablyazov’s colleague, is facing extradition. The Czech Republic has refused to render her to Ukraine and Russia, and yet these states have sent repeated subsequent requests for her extradition. 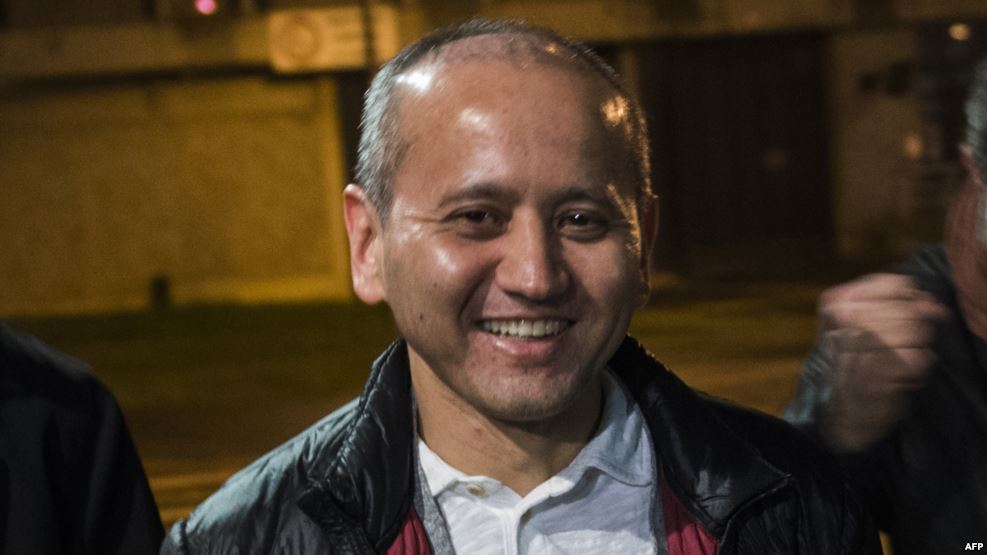 On 9 December 2016, the French State Council pointed out that the criminal prosecution of Ablyazov, who has been granted refugee status, is being pursued in connection with his opposition views. The State Council stressed that Kazakhstan had exerted pressure on the Ukrainian and Russian authorities, calling on them to issue extradition requests. It was also noted that Russia and Kazakhstan conspired to undertake coordinated actions in connection with the consideration of Russia’s extradition request.

The decision issued with respect Ablyazov’s extradition by the French State Council to refuse to extradite an individual due to the political nature of his or her case, was the second ever of its kind to be taken by this authority (the first concerned a Spanish oppositionist whose extradition was demanded by the Franco regime).

International human rights organisations, representatives of the UN and more than 60 MEPs have repeatedly underlined the inadmissibility of Mukhtar Ablyazov’s extradition from France. However, for three years, the French government has maintained a contrariant stance. In March 2015, a French court sanctioned Ablyazov’s extradition to Ukraine and Russia, giving priority to the Russian request. In September 2015, the French Prime Minister signed a decree on the extradition of Ablyazov to Russia, refusing to acknowledge both the political context of the case and the risk that he could be subjected to torture in Russia. It was only during administrative proceedings at France’s highest court, the State Council, that the political motivation underlying the case was identified and the decision to extradite him was annulled.

On 9 December 2016, after over 3 years spent in custody, Ablyazov was released.

In 2009, Kazakh investigators accused Mukhtar Ablyazov, formerly the head of BTA Bank, of ‘embezzlement of the Bank’s funds’. The charges were brought in the midst of a conflict between President Nazarbayev and the oppositionist Ablyazov. Currently, there are no extradition treaties in place between Kazakhstan and most EU countries (including France). Thus, in line with agreements reached with Kazakhstan, Russia and Ukraine also initiated criminal cases against Ablyazov and his associates. Correspondence, first published in 2014, confirmed that Kazakh representatives prepared draft written charges against Ablyazov and his colleagues for Ukrainian and Russian investigators, issued direct instructions regarding the case, determined the ‘appropriate’ extent of funds allegedly stolen and disbursed financial remuneration for ‘services rendered’.

Kazakhstan, Russia and Ukraine intend to continue to seek the extradition of Ablyazov and his associates

Russia’s General Prosecutor’s Office labelled the allegations of the French State Council ‘ridiculous’ while emphasising that it would continue to seek Ablyazov’s extradition. On 14 December 2016, the General Prosecutor’s Office of Kazakhstan announced its intention to undertake measures in order ‘to bring about the arrest of Ablyazov and his associates in any jurisdiction’. The statement claims that ‘Ablyazov misappropriated in excess of $7.5 billion’, although previously, Kazakh authorities have incriminated him of stealing $5 billion.

Ukraine’s Deputy General Prosecutor, Evgeniy Enin, stated that further actions will be undertaken concerning the case of Ablyazov ‘aimed at protecting the interests of Ukraine’, as Ablyazov is ‘suspected of having committed particularly serious crimes’. Roman Marchenko, an employee of the firm ‘Ilyashev and Partners’ which represents the interests of the Kazakh side in the case, enunciated that ‘Ukraine, as a state, is not an aggravated party’. It was through the firm ‘Ilyashev and Partners’ that Kazakhstani authorities issued instructions to Ukrainian investigators and produced written charges and requests for his extradition. Roman Marchenko systematically reported to the General Prosecutor’s Office of Kazakhstan on the actions of Ukrainian investigators with respect to the Ablyazov case. Reacting to the decision of the State Council, Roman Marchenko commented on the possibility of reactivating the Ukrainian request and the ‘signing by the French Prime Minister of the decision on Ablyazov’s rendition to Ukraine’.

Within the framework of the proceedings against Ablyazov, Ukrainian prosecutors ignored published evidence of illegal practices carried out by Ukrainian investigators and discontinued criminal cases against them. The cases against Ablyazov and his colleagues serve as examples of how Ukraine continues to support post-Soviet states in their pursuit of political refugees.

In 2014, the Czech Republic refused to extradite Tatiana Paraskevich, Ablyazov’s former colleague, to Ukraine and Russia. However, in 2016, Ukraine and Russia sent repeated requests for her extradition almost simultaneously. Documents previously considered by authorities in the Czech Republic were attached to both of these requests. Thus, a new extradition procedure concerning Paraskevich has been launched in the Czech Republic. These ‘harmonious’ actions carried out by Russia and Ukraine can be attributed to the illegal and political influence of Kazakhstan, the true mastermind behind the persecution. It is noteworthy that representatives of the Kazakh authorities made an offer to Paraskevich whereby they would ‘discontinue the criminal cases against her in Ukraine and Russia’ in exchange for a testimony from her incriminating Ablyazov.

In addition, through court action, the General Prosecutor’s Office of the Czech Republic brought about the revocation of Paraskevich’s subsidiary protection status (which is the first case of this kind in the Czech Republic). There is reason to believe that Kazakhstani lobbyists are also able to influence these processes. The Czech prosecutor’s office believes that the threat of torture regarding Paraskevich in Russia is ‘unproven’ and that her case ‘should be considered more carefully’. On 26 September 2016, a Czech court agreed with the arguments of the prosecutor’s office and ordered that the Interior Ministry re-examine the case concerning the granting of additional protection to Paraskevich.

The Open Dialog Foundation welcomes the decision of the State Council of France on the case of Mukhtar Ablyazov. At the political level, Kazakhstan and Russia exerted influence in order to bring about the extradition of Ablyazov and still, French government institutions stood strong in the face of the states’ lobbying activities. We hereby call on the French authorities to take into account the decision of the State Council and to prevent the possible reactivation of the extradition procedure, initiated on the basis of the Ukrainian request, sent on the initiative of Kazakhstan.

We also appeal to the Commission for the Control of INTERPOL’s Files, emphasising the need to consider the question of removing Mukhtar Ablyazov’s name from the international wanted list. Ablyazov has been granted refugee status in Great Britain, and the highest court in France has recognised his case as politically motivated. Therefore, the continued presence of Ablyazov’s name on the wanted list constitutes both an abuse of Interpol mechanisms and a violation of Art. 3 of the Constitution of the organisation. In fact, the governments of Kazakhstan, Russia and Ukraine utilise this mechanism not in order to trace Ablyazov’s whereabouts, but to impede on his freedom of movement.

The Open Dialog Foundation hereby expresses its gratitude to all human rights organisations, MEPs, representatives of diplomatic missions who have been highlighting the inadmissibility of Mukhtar Ablyazov’s extradition for several years. We shall endeavour to draw attention to the disturbing case of Ablyazov’s colleague, Tatiana Paraskevich, who is facing extradition to Russia or Ukraine, and, consequently, interrogation carried out in the interests of Kazakhstan, torture and subsequent rendering to Kazakhstan. We hereby call on the international community to speak out in defence of Tatiana Paraskevich in order to prevent her extradition from the Czech Republic.