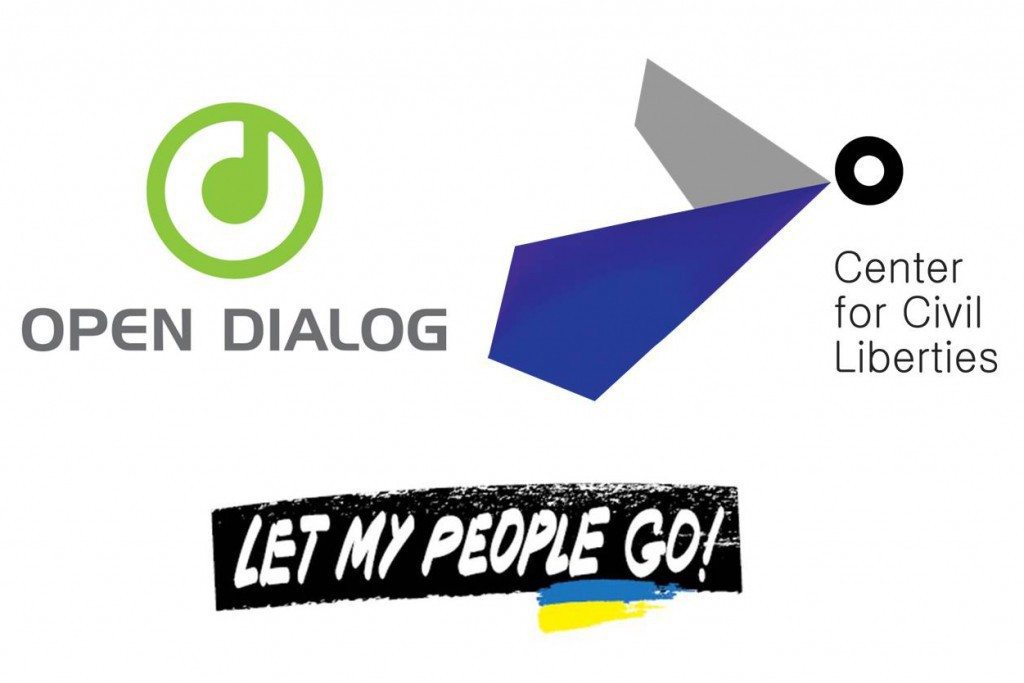 Russian military aggression against Ukraine is accompanied by a large-scale oppression of Ukrainian citizens. More than 60 people have been subjected to criminal prosecution for political reasons. Of these, 45 persons are being held in detention (16 have been convicted and 29 are still in being held custody awaiting court judgement). They have become victims of dubious criminal proceedings on charges of involvement in riots, extremism, terrorism, separatism, espionage, sabotage and others. These prosecutions are part of the Russian state propaganda, designed to mobilise the population of Russia against the imaginary enemy and justify the actions of the Russian authorities.

Most of the cases of criminal prosecution are connected with residents of Crimea. Following the Russian occupation, the peninsula has been covered with the wave of oppression, the victims of which are opponents of the ‘new authorities’. On the territory of occupied Crimea, the work of international observers, human rights activists and journalists has become more difficult. As a result, the peninsula turned into a zone of lawlessness.

The Crimean Tatars who refused to cooperate with the occupation authorities, have become a particularly high-risk group of people in the peninsula. Following the annexation, oppression against the Tatars began. A Russian court banned a representative body of the Crimean Tatars – Majlis. Also, criminal proceedings were initiated against the Crimean Tatar leaders: Akhtem Chiygoz, Ilmi Umerov, Mustafa Dzhemilev, Refat Chubarov and others.

Crimean Tatars are also being subjected to prosecution on religious grounds – for belonging to the organisation ‘Hizb ut-Tahrir’. Before the occupation of Crimea, the Muslim organisation legally operated on the peninsula. However, in Russia, the organization is considered a terrorist group. Therefore, thousands of followers of the organisation among the Crimean Tatars have faced the threat of prosecution. Four Crimean Tatars, namely: Ruslan Zeytullayev, Rustem Vaitov, Nuri Primov and Ferrat Sayfullayev have already been sentenced to prison terms, while dozens of others found themselves in the dock. The possession of banned religious literature or participation in religious gatherings may be a sufficient reason for prosecution. The number of the prosecuted is growing every day.

During the observation of politically motivated proceedings, common violations have been recorded, in particular:

Incidents of harassment of independent lawyers defending the interests of Ukrainian citizens and residents of occupied Crimea, have become more frequent. Counsels: Mark Feigin, Nikolay Polozov, Emil Kurbedinov and Edem Semedlyayev have been repeatedly subjected to harassment and pressure due to their professional activities. For example, in January 2017, counsel Emil Kurbedinov was subjected to administrative detention for an ‘extremist’ post, published by him on a social network as early as in 2013, before the occupation of Crimea. According to Ukrainian law, his actions were not considered a crime.

During the illegal criminal prosecution of Ukrainian citizens, the Russian Federation has violated a number of international treaties and international instruments, a signatory to which it is, namely: the Universal Declaration of Human Rights, the UN Convention against Torture, the Rome Statute of the International Criminal Court, rules of international humanitarian law, the Minsk Agreements, and bilateral agreements with Ukraine.

Russia is carrying out an aggressive policy not only towards Ukraine, but also Europe as a whole. As a permanent member of the UN Security Council, Russia has shown unprecedented disregard for international treaties and agreements, striving to forcibly restore its impact on the territory of Eastern Europe countries. It undermines the foundations of the existing system of security and protection of human rights, achieved within the framework of the OSCE, the Council of Europe and bilateral cooperation between Russia and the Western states. If the international democratic community fails to respond harshly and timely to the existing threats, it can lead to tragic consequences for the entire European continent.

Within the framework of the LetMyPeopleGo advocacy campaign, the Open Dialog Foundation and the Centre for Civil Liberties are hereby calling on the international community to increase pressure on the Russian authorities with the aim of bringing an end to politically motivated prosecutions against citizens of Ukraine and Russia in occupied Crimea. In order to achieve this goal, we believe it is necessary to: