The court confirmed the dubious nature of the criminal charges against Aleksander Orlow; however, the investigative bodies fail to notice violations

For more than 4.5 years, a citizen of Poland, Aleksander Orlow, was held in detention in the Odessa detention facility under questionable charges. Due to the international publicity and professionalism of Ukrainian attorneys, it was possible to obtain a court decision on his release from custody and refer the case for an additional investigation. On 15 March, 2017, the Appellate Court of Odessa Province confirmed this decision. In May 2016, the prosecutor’s office of Odessa Province began an investigation into the possible fabrication of evidence in the Orlow’s case, but in early 2017, at the second attempt, the proceedings were discontinued. 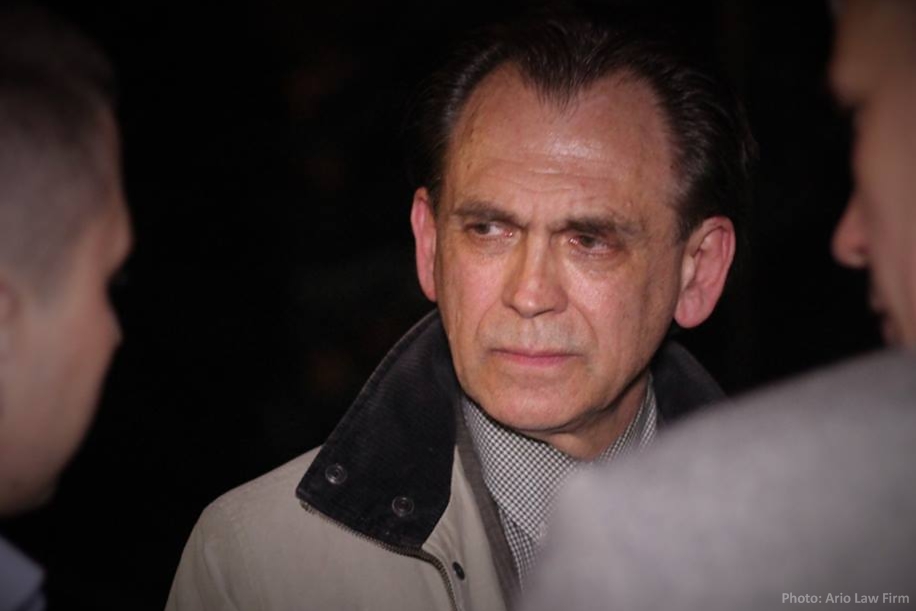 Aleksander Orlow is a Polish citizen, a Ukrainian journalist and human rights activist. In September 2011, he was detained in Odessa on suspicion of committing crimes under Art. 28, section 3; Art. 115, section 2, points 6, 8, 11 and 12 (‘contract killing’) and Art. 229-6, section 1 (‘illegal possession of narcotic substances’).

The legal analysis indicates that during the investigation of the criminal case against Aleksander Orlow, systemic and gross violations were committed. In particular, the charges of contract killing are not supported by necessary evidence base and are based solely on the testimony of two murderers (one of them radically changed his testimony during the investigation). There is reason to believe that they gave false testimony against Aleksander Orlow under the pressure from the investigative bodies. On the case of illegal storage of narcotic substances, in December 2011, the ECHR recognised that in Orlow’s case, the duration of the proceedings was excessive and did not meet the ‘reasonable time limits’ requirement.

Despite his advanced age (at the moment, he is 62 years old), a serious health condition and the presence of minor children, Orlow was held in a detention facility for more than 4.5 years. Petitions for changing the measure of restraint were systematically rejected by the court as groundless. The investigation, as well as the court trial were overly protracted. In the case of Orlow, more than 150 court hearings were scheduled, most of which were not held for various reasons.

In August 2015, the Open Dialog Foundation launched a public campaign in defence of Aleksander Orlow; as a result, it was possible to draw the attention of the Ukrainian and Polish community to multiple violations, committed in this case. Through the mediation of the Open Dialog Foundation, experienced Ukrainian attorneys from the law firm ‘Ario’ became involved in the defence of Mr. Orlow. Significant efforts were made to change the measure of restraint with regard to the Polish citizen, given his age and health condition.

On 25 May, 2016, the panel of judges of the Primorsky District Court of Odessa questioned the legality of the prosecution of Aleksander Orlow. The court decided to refer the criminal case back for an additional investigation, as well as to change the measure of restraint for Orlow from custody to a release from detention under the guarantee of Ukrainian MPs. On 15 March, 2017, the Appellate Court of Odessa Province confirmed this decision. “This decision confirmed the findings of the trial court which stated that, in relation to Orlow, the investigation was biased, with numerous gross violations of procedural law. Investigators failed to investigate into a number of significant circumstances which prove that Orlow wasn’t guilty of the crimes he was accused of”, Counsel Nikolay Sokolov commented on the decision of the Appellate Court.

In addition, on 24 May, 2016, the prosecutor’s office of Odessa Province initiated criminal proceedings in connection with the falsification of evidence in the case of Orlow. In January 2017, the investigator refused to involve Orlow in the case as a victim, arguing that ‘no moral or physical harm was done to him’ during the criminal prosecution. On 28 February, 2017, the case regarding the fabrication of evidence was closed. According to Aleksander Orlow, the investigators managed to do this only on the second attempt. First, they closed the case in September 2016, but Orlow appealed to the prosecutor of Odessa Province and threatened that he would file a lawsuit. After that, the case regarding the falsification of evidence was resumed; however, as it transpired, it was only resumed for a short while. Aleksander Orlow intends to sue the Prosecutor’s Office of Odessa Province.

At the moment, the criminal case against Aleksander Orlow remains open. He is forbidden to travel outside of the city of Odessa.

A violation of reasonable time limits of criminal proceedings is a common problem in Ukraine. According to a research, carried out by the Open Dialog Foundation, more than 400 persons have been held in pre-trial detention centres for more than 2 years, pending a court verdict.

The case of Aleksander Orlow is an example of overly prolonged detention of a person in a detention facility. One of the reasons for this ongoing situation is the impunity of law enforcement officers, whose actions lead to the prolongation of criminal proceedings. The Open Dialog Foundation believes that the closure of the criminal proceedings regarding the falsification of evidence in Orlow’s case is a consequence of a shameful practice of covering the violations of representatives of law enforcement agencies. We hereby call for a resumption of a thorough and objective investigation.