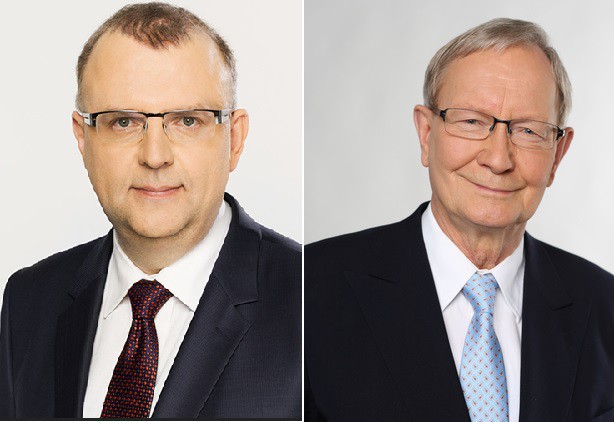 As Members of the European Parliament; we would like to raise with you the issue of worrying wave of repression, mass arrests, detentions and criminal prosecutions carried out by the Kazakh authorities against representatives of the civil society, activists, counsels, journalists and opposition voices in the country. Based on political grounds, the Kazakh authorities have undermined the freedom of speech and assembly of its own citizens, in gross violation with the respect for human rights and civil liberties in the country.

On this account, several high profile-cases have been reported. Here, the fundamental rights of the Kazakh citizens have been repressed and the judiciary system has been misused to pursue critics and opponents of President Nazarbayev’s regime. It is the case of a Kazakh journalist Mr. Zhanbolat Mamay, editor of the opposition newspaper ‘Tribuna’. Mr. Mamay was arrested on 10 February, 2017 and faces to seven years in prison on charges for money-laundering; he is alleged to have funded the newspaper with the help of the Kazakh opposition politician, refugee and businessman, Mr. Mukhtar Ablyazov. After he refused to give ‘self-incriminating testimony’, a lawyer of Mr. Mamay has been recently informed that he was beaten in a detention facility.

The case of Mr. Amin Eleusinov and Mr. Nurbek Qushaqbaev, oil-workers at the Oil Construction Company and labor union leaders, participants of a hunger strike against the governments’ decision to close a confederation of independent labor unions. On 21 January, 2017, they were arrested on criminal charges, Mr. Eleusinov is accused of embezzlement while Mr. Qushaqbaev for organizing an ‘illegal hunger strike’.

Other cases from the end of 2016 have seen involved, inter alia, Mr. Talgat Ayan, counsel and activist and Mr. Maks Bokayev, prominent activist and head of the civic organisation “Arlan”. On 28 November, 2016, a court sentenced them to five years’ imprisonment for attending a peaceful rally against the so called “Land reform”. Notwithstanding the peaceful and democratic character of their social activities; Mr. Bokayev and Mr. Ayan were accused of ‘inciting discord between the government and the nation’. The lack of legal terms and grounded evidences expose this case to a politically motivated trial, as also publicly stated by a judge herself during a hearing. In addition, in 2016, the Kazakh authorities sentenced to three years in prison a blogger Mr. Sanat Dosov, for criticizing via social media Russia’s military actions in Ukraine and Syria.

Moreover, particularly significant is also the newly re-started criminal prosecution against Mr Ablyazov and his associates, within the framework of the BTA Bank case in Kazakhstan. The Kazakh authorities have kidnapped and detained some of the top managers and employees of, the forcibly nationalised in 2009, BTA Bank because of being allegedly a part of Mr. Ablyazov’s ‘criminal group’. Through psychological pressure and physical abuse, the Kazakh authorities seek to obtain incriminating testimonies and evidences against him, as he is perceived as the biggest threat to the President Nazarbayev.

In 2010, a lawsuit has been re-initiated against Mr. Anatoliy Pogorelov, Chairman of the Credit Committee of BTA Bank, for acting in the interest of Mr. Ablyazov’s ‘criminal activities’. However, the case was already acquitted in 2009, after Mr. Pogorelov forcibly pleaded guilty.

The case of Mrs. Tatiana Paraskevich, former colleague of Mr. Ablyazov; whose extradition requests have been extensively lobbied by Kazakhstan, Ukraine and Russia in the Czech Republic/Czechia, where she currently resides. Even now, the Kazakh authorities continue to exercise pressure on the General Prosecutor’s Office of the Czech Republic in regard to the revoque of Mrs. Paraskevich’s refugee status.

The case of Mr. Roman Solodchenko, former Chairman of the Board, holder of refugee status issued by the United Kingdom. On his account, the British authorities have repeatedly refused to extradite him in respect to Ukraine and Russia, stressing on the illegal Kazakh influence during the court’s decisions.

As well as, on 21 January, 2017, Mr. Zhaksylyk Zharimbetov, colleague of Mr. Ablyazov, was kidnapped from Turkey by the Kazakh security services via a chartered flight. For days his whereabouts remained unknown, despite the fact of his protection in the United Kingdom. As for the other convicts, Mr. Zharimbetov gave a ‘self-incriminating testimony’ and he is now under ‘house arrest’ in Kazakhstan.

As Members of the European Parliament, we strongly condemn Kazakhstan’s authoritarian downturn and the repressions carried out against the above mentioned activists, journalists; as well as the politically motivated reprisals against Mr. Ablyazov and his colleagues, by means of kidnappings, psychological pressure, psychical abuse, manipulated trials and interference in other countries’ judiciary systems. In the light of the recent decision of France’s State Council (Conseil d’Etat) on 9 December, 2016, not to extradite Mr. Ablyazov to Russia; we are well aware of the political context of these cases.

It is also our concern to denounce the increasing censorship of the country’s independent media outlets, gag on the press and right to peaceful assembly. Those measures are hostile and do not ensure the Kazakh citizens the fundamental freedoms of speech and association.

Therefore, we ask the High Representative/Vice-President and the European External Action Service/European Commission to call on the Kazakh authorities to immediately stop the unlawful persecutions against Mr. Zhanbolat Mamay, Mr. Amin Eleusinov, Mr. Nurbek Qushaqbaev, Mr. Maks Bokayev, Mr. Talgat Ayan, Mr. Sanat Dosov, Mrs Tatiana Paraskevich, Mr. Anatoliy Pogorelov, Mr. Roman Solodchenko and Mr. Zhaksylyk Zharimbetov, and to stress on the urgency to bring Kazakhstan back to its democratic commitments, taking into account the Enhanced Partnership and Cooperation Agreement between the EU and Kazakhstan, which was signed in May 2016.