Invitation to an event “Political Persecution in Ukraine and Moldova. How political corruption undermines reformers’ efforts” at the CoE

The Open Dialog Foundation and Members of the PACE Mr Serhiy Kiral (Ukraine; EC) and Ms Kristýna Zelienková (Czech Republic; ALDE)  are happy to invite to an expert seminar “Political Persecution in Ukraine and Moldova. How political corruption undermines reformers’ efforts”,  which will be held in Strasbourg on Tuesday 27 June 2017, from 13:00 to 14.00 pm at the premises of the PACE, Room 6 – Palais de l’Europe. 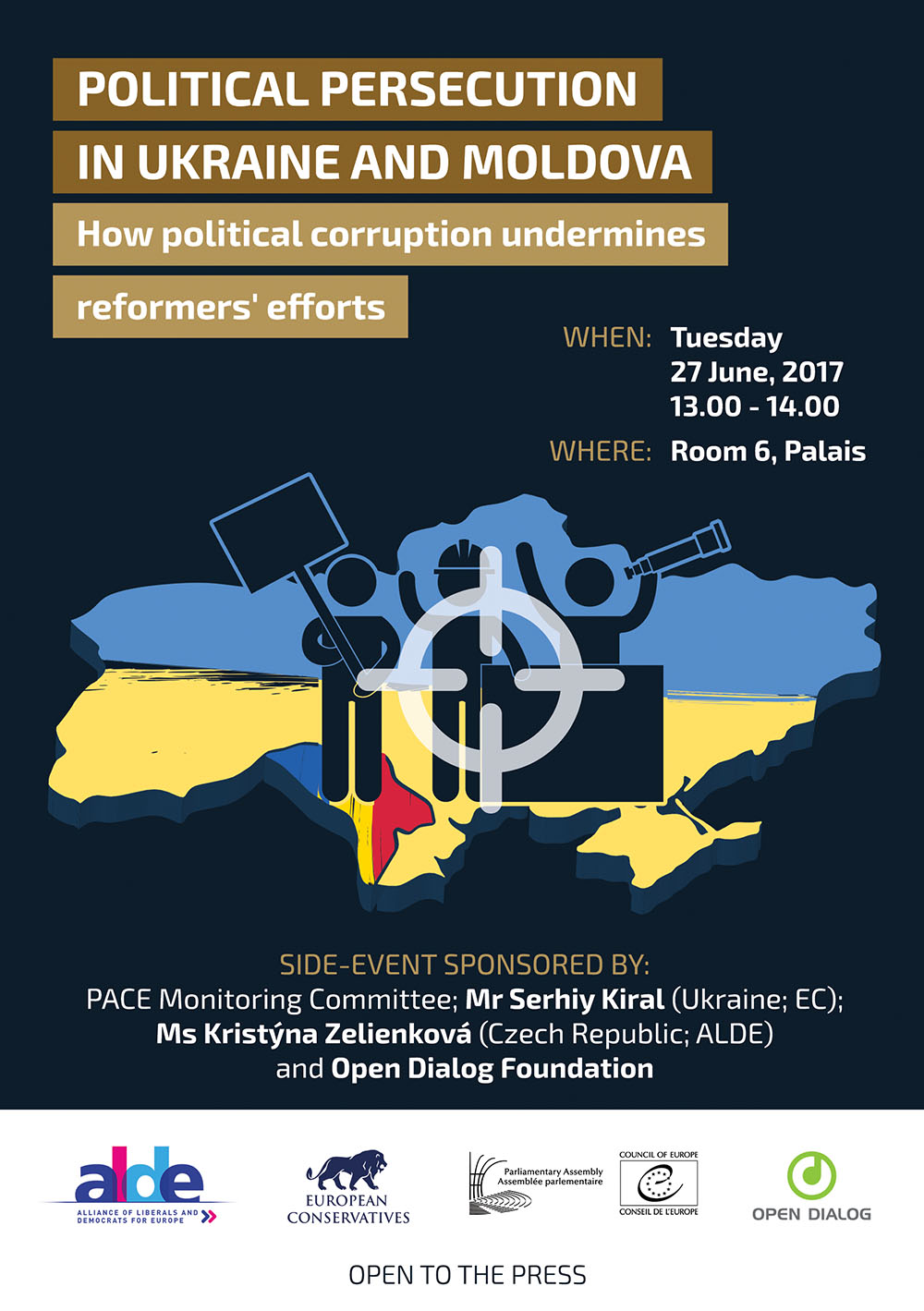 Since the end of the Maidan revolution, Ukraine has been struggling with an enormous challenge to reform a kleptocratic and oligarchic state and transform it into a modern, European one. Like neighbouring Ukraine, a mirror image of anti-government rallies in Kyiv has now shaken Moldova, the poorest and most corrupt state in Europe. While members of the current political establishment of Ukraine and Moldova officially pose as genuine patriots and truly pro-European forces, the two countries still suffer from systemic corruption and lack of progress with the reforms. As in both countries, the law enforcement and justice systems remain hugely under the control of oligarchic ruling elites, they serve as the main instruments used against the opposition, watchdogs and critical media.

If you are a journalist or an NGO and would like to attend the event, please contact the office of the Open Dialog Foundation: [email protected], giving your e-mail, name, surname, date of birth, nationality, ID/passport series and number.
Registration deadline is Wednesday 21 June, 2017, 12:00 pm