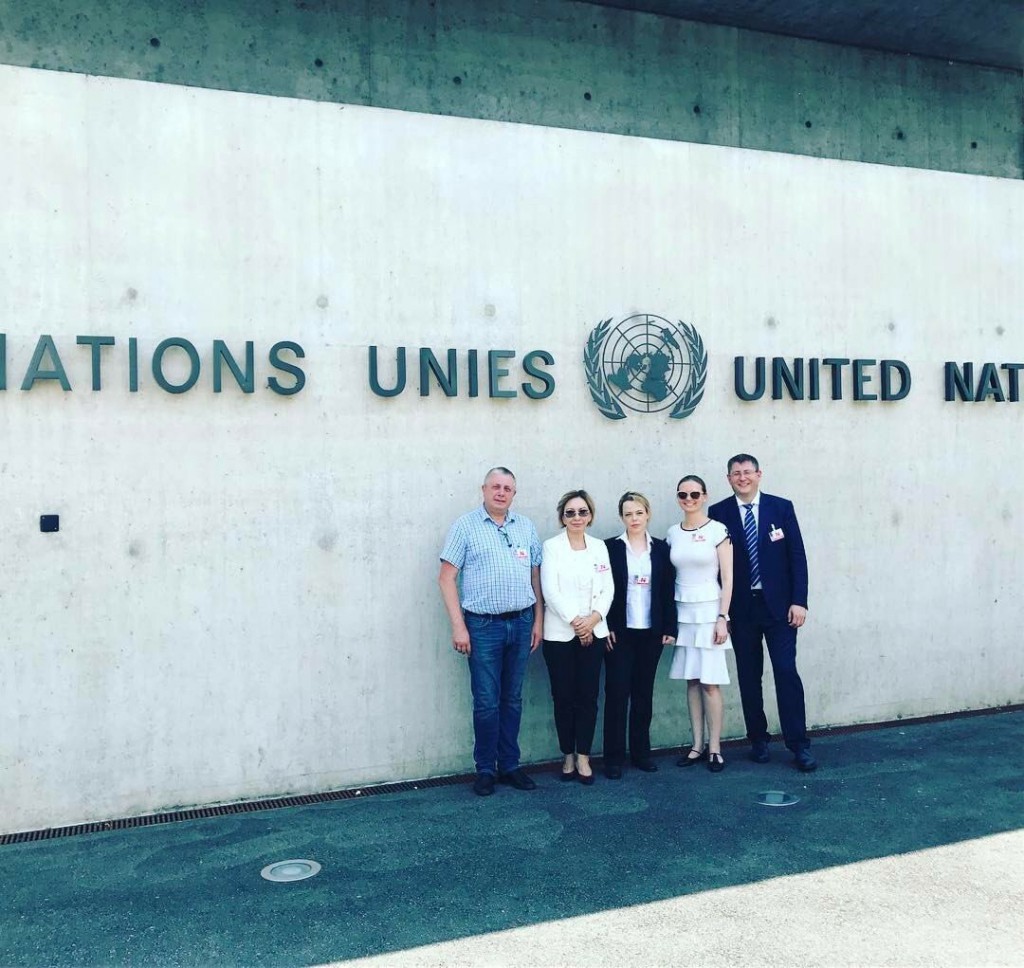 The ODF and DJ discussed human rights in Moldova and Kazakhstan, reform of INTERPOL at the UN HRC

Between 12 and 14 June, 2017, a delegation of the Open Dialog Foundation and Destination Justice was present at the 35th session of the United Nations Human Rights Council in Geneva. The aim of the visit was to discuss the current human rights and political situation in Moldova and Kazakhstan, as well as the reform of International Criminal Police Organization (INTERPOL).

The participation of Moldovan and Kazakh civic activists: lawyer and a human rights defender, founder of #NuMaTem – #I’mNotAfraid civil movement, Mrs Ana Ursachi; former Ambassador of Moldova to the United Nations in Geneva, ex-Permanent Representative of Moldova to the Council of Europe and Executive Director of Helsinki Citizens’ Assembly of Moldova, Mr Alexei Tulbure; CEO of the ICT “StarNet” holding, Mr Alexandru Machedon; President of the Open Dialog Foundation, Mrs Lyudmyla Kozlovska; as well as a relative of the Kazakh dissident Mr Mukhtar Ablyazov, Mrs Leila Khrapunova, helped to raise the most urgent human rights cases in both countries, as well as the need to continue the reform of INTERPOL, which is often misused by non-democratic UN member states to persecute their political opponents abroad.

The recent statements of the international organizations and other human rights NGOs on human rights situation in Moldova and Kazakhstan are available below:

The case of Ana Ursachi in Moldova:

ODF & DJ: “Open Dialog Foundation and Destination Justice wish to raise awareness of the practice of persecuting independent advocates currently in place in the Republic of Moldova”

The cases of journalist Mr Zhanbolat Mamay and Mr Ramazan Yesergepov in Kazakhstan:

The case of a bloger Mr Sanat Dosov:

The case of a businessman Mukhtar Dzhakishev:

ODF: “The case of Mukhtar Dzhakishev – The life of the political prisoner is in danger”
UN: “Communication No. 2304/2013”