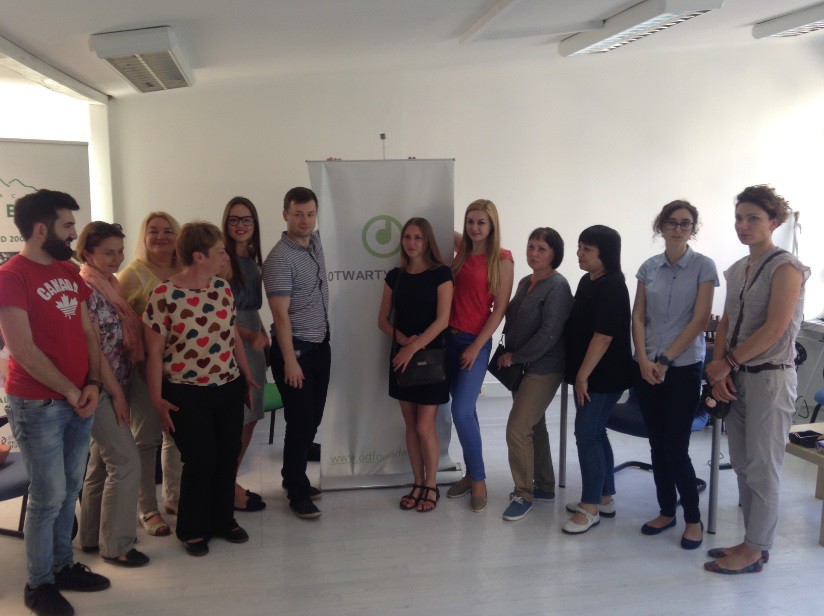 The Donbas SOS visit in Warsaw

Representatives of the NGO Donbas SOS (Kyiv, Ukraine), working for the protection of human rights, as well as providing information and humanitarian aid to Ukrainian citizens who suffered during the armed conflict in the eastern part of the country, visited Warsaw.

The visit is taking place within the framework of the project ‘The Dialogue Group for the Common Prevention and Resolving of Social Conflicts” supported by the Visegrad International Fund. Previously, the delegation held meetings in Bratislava and Prague.

The Polish partner of the project is the Open Dialog Foundation. On May 20 (Saturday), the Donbas SOS meeting with organisations, institutions and people working on refugee/migrant support, prevention of discrimination and reinforcement of integration, took place at the headquarters of the Ocalenie [Salvation] Foundation.

Most of the delegates of the Donbas SOS joined the Foundation’s activities after they had to leave their home towns and villages in the east of Ukraine when they became part of the conflict zone.

The core of their activity is running a telephone hotline which helps people remaining in areas beyond the control of the government and in the front zone to leave the dangerous areas, cross the ‘demarcation line’, finally find a place to live in other parts of Ukraine and feel comfortable in a new reality.

Polish participants were particularly interested in the issue of counteracting discrimination of Donbass residents, as well as working with local communities in order to break stereotypes and prepare them to accept newcomers.

The meeting resulted in an intensive exchange of contacts and making plans of joint activities of the Donbas SOS and its Polish partners.