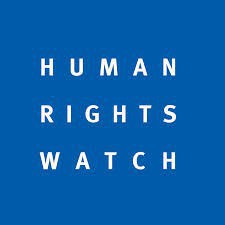 (Moscow) –­ Kazakhstan authorities have an obligation to ensure that the trial of two political opposition activists and an oil worker, starting on August 16, 2012, is fair and public and that the defendants’ due process rights are fully respected, Human Rights Watch said today.

Vladimir Kozlov, leader of the unregistered opposition party Alga!;Serik Sapargaly, a member of the People’s Front opposition movement; and Akzhanat Aminov, an oil worker from Zhanaozen who was convicted in August 2011 for leading an illegal strike over the phone, face charges of “inciting social discord.” The charges stem from the men’s alleged involvement in violent clashes on December 16, 2011, between police and others in western Kazakhstan following an extended labor strike by oil workers demanding higher wages. In June 2012, the authorities brought further criminal charges of “calling for the forcible overthrow of the constitutional order” against the three activists, but to date have not made public any specific information about what the men allegedly did or said to justify any of the charges.

“Given the secrecy surrounding the investigation, it is critical that the Kazakhstan authorities ensure the proceedings against Kozlov, Sapargaly, and Aminov strictly adhere to international fair-trial standards,” said Mihra Rittmann, Central Asia researcher at Human Rights Watch. “The trial should be open to observers, held in an official language that all the defendants can understand, and the defendants should be allowed to challenge evidence presented against them and cross-examine witnesses.”

Kozlov, 52, and Sapargaly, 60, were arrested on January 23, 2012, in Almaty, and charged with “inciting social discord.” In May, they were transferred to a pretrial detention center in Aktau, in western Kazakhstan, where their trial is scheduled to take place. Aminov, 54, was detained on February 17, 2012, on charges of “inciting social discord” in Zhanaozen, in western Kazakhstan.

In late June, Aliya Turuzbekova, Kozlov’s wife, told Human Rights Watch that the authorities had brought new charges against the three men of “calling for the forcible overthrow of the constitutional order.” Authorities additionally had charged Kozlov with “creating and leading an organized group with the aim of committing one or more crimes,” and brought the same charge against two others: Muratbek Ketebaev, a member of the Alga! party coordination committee, and Mukhtar Ablyazov, the former chairman of BTA bank in Kazakhstan and co-founder of the opposition movement Democratic Choice of Kazakhstan, both living in exile. According to Turuzbekova, since then, the authorities have also alleged oil worker Aminov participated in the same “criminal group” and brought additional criminal charges against him.

The criminal investigation, led by the Kazakhstan National Security Committee (KNB), has been shrouded in secrecy. Since the investigation began, the authorities have not released any evidence of specific speech or actions by the accused that indicates any basis for the allegations that they incited anyone to violence or that they were organizers or members of a criminal group. The KNB has also forced lawyers representing the activists to sign non-disclosure statements.

Authorities concluded their six-month investigation in mid-July, but gave Kozlov and his lawyer less than three weeks to acquaint themselves with the case materials. According to Turuzbekova, the authorities ignored Kozlov’s request for more time to review the case materials and on August 9, transferred his case to KNB investigators to draw up the indictment. Within one day, the KNB had processed 62 case files (approximately 11,000 pages) and had drawn up an indictment against Kozlov, Sapargaly, and Aminov that is approximately 1,300 pages in length. Within another day, the prosecutor’s office had reviewed and signed the indictment. Denying Kozlov additional time to review the case materials and the speed at which the KNB investigator and prosecutor’s office transferred the case to court raises serious questions about the authorities’ commitment to observing the defendants’ due process rights, said Human Rights Watch.

Human Rights Watch has also repeatedly expressed concern about the charge of “inciting social discord” and has called for it to be dropped as well as for the legal provision creating the offence, article 164 of Kazakhstan’s Criminal Code, to be repealed or amended, as it is currently incompatible with international human rights law.

The offense of “inciting social discord” is so vague and so broad that it can be and has been used to criminalize lawful behavior protected by human rights law (freedom of opinion, expression, and association), Human Rights Watch said.

Laws that target speech that incites violence, discrimination, and hostility must respect the core right of free speech and are considered compatible with human rights law only when such violence, discrimination, or hostility is imminent and the measures restricting speech are absolutely necessary to prevent such conduct. Sentences on charges of “inciting social discord” carry a maximum sentence of 12 years in prison.

Human Rights Watch called on the Kazakhstan government to ensure that the trial of Kozlov, Sapargaly, and Aminov meets international fair-trial standards, including the right against self-incrimination and the possibility of challenging evidence and cross-examining witnesses.

“The authorities should guarantee all of Vladimir Kozlov’s, Serik Sapargaly’s, and Akzhanat Aminov’s due process rights, as anything short of a scrupulously fair trial will only serve to cast further doubt that the case against these men is arbitrary and politically motivated,” said Rittmann.