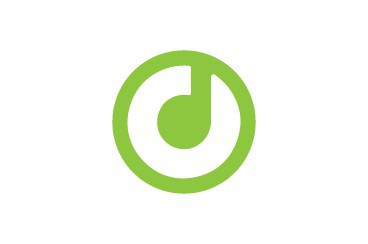 Urgent: Hungary is at the service of the Kazakhstani dictator? Let’s stop the extradition of Yerzhan Kadesov

Yerzhan Kadesov is a former employee of BTA Bank; currently, he is facing extradition from Hungary. Mr. Kadesov is accused within the framework of the criminal case, carried out against the Kazakhstani opposition politician Mukhtar Ablyazov (the case of BTA Bank). In December 2016, the French Council of State recognised the case as politically motivated, and also stressed that Kazakhstan had illegally influenced the Ukrainian and Russian investigations into this case. Following the issuance of the decision, Kazakhstan intensified the ‘hunt’ for former top managers and employees of BTA Bank. The purpose of these actions is to force them to give false testimonies, convenient for the investigative bodies, against Mr. Ablyazov and people close to him.

On 14 June, 2017, Mr. Zharimbetov phoned Mr. Kadesov in a Hungarian prison and suggested that he ‘voluntarily agree to extradition’. He also stated that, in Kazakhstan, Mr. Kadesov “would be given guarantees of protection” in exchange for confirming all of Mr. Zharimbetov’s testimonies against Mr. Ablyazov. Mr. Kadesov’s relatives reside in Kazakhstan; this fact could have also been used as a pressure factor. Apparently, this incident broke Mr. Kadesov’s spirit. Immediately, i.e. on 16 June, 2017, he requested that the Hungarian court extradite him to Kazakhstan, and later on 10 July, 2017, he also ‘agreed’ to his extradition to Ukraine. Previously, Mr. Kadesov had refused to testify against Mr. Ablyazov and was seeking asylum in Hungary.

The phone call to the prison have become one of numerous examples of how some representatives of the Hungarian authorities are helping the Kazakhstani regime in their infliction of political persecution in the case of BTA Bank. In November 2016, representatives of the Kazakhstani authorities visited Mr. Kadesov in prison and demanded that he testify against Ablyazov. They should not have been given access to Mr. Kadesov, who had the status of asylum seeker at that time. Since 2012, Yerzhan Kadesov has regularly extended his residence permit in Hungary; however, in 2017, the Constitutional Protection Office suddenly considered him ‘a threat to national security’.

On 2 May, 2017, Mr. Kadesov was denied asylum. The Migration Service of Hungary repeated the propaganda rhetoric of the Kazakhstani authorities verbatim. The Migration Service refused to take into account the decisions of other EU states that recognised the political context of the persecution of Mr. Kadesov’s colleagues and refused to extradite them to Kazakhstan, Ukraine or Russia.

Within a few days, members of the Victor Orban government will decide whether Mr. Kadesov should be extradited and, if so, to which country. We hereby call upon representatives of the international community to urgently address the Ministry of Justice, the Ombudsman and other competent bodies of Hungary with this issue. The Hungarian authorities should reject requests for the extradition of Yerzhan Kadesov as they are political in nature.