The Open Dialog Foundation is a non-political, non-governmental organisation whose activity mainly concerns post-Soviet countries. We work internationally to support social activists, reformers and human rights defenders, as well as oppressed opposition politicians, sponsors of the opposition, independent journalists and people associated with them. 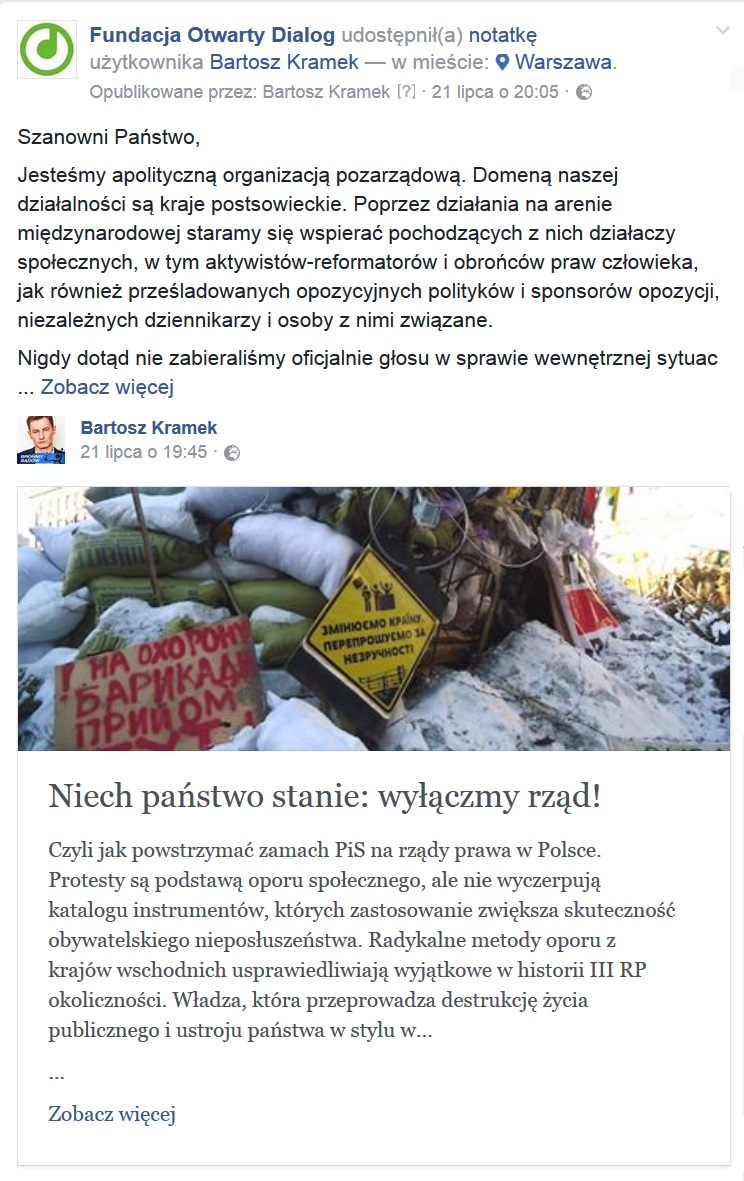 Until now, we have never formally spoken out on the internal situation in Poland (and, quite naively, thought we would never have to); Poland is usually a model and inspiration for our eastern neighbours and other post-Soviet states wishing to carry out transformation. Polish people have often shown them great solidarity, and our country has been a safe haven for political refugees.

Although struggling with our own problems and obligations, we cannot remain passive to the ongoing attempt to destroy the rule of law and democracy in Poland. This is not about party politics (although not only are numerous civic organisations standing on the same side of the barricade today, but so, also, are opposition politicians); this is a matter of principle. It is a matter, however grandiose it may sound, of the fundamental values ​​and future of our country. The future of Poland as a liberal, Western democracy – as a secure, stable EU and NATO Member State.

Therefore, given the current circumstances, we would like to express our official support for the civic protests against the anti-constitutional activities of the Law and Justice government, and our support for independent courts.

We strongly encourage everyone to participate in daily protest actions and rallies. At the same time, we believe that the protests themselves may not be enough. But this does not mean that we should surrender and accept the unlawful seizure of the Supreme Court and ordinary courts by party nominees.

We therefore present to you the following article and call for broad cooperation to cease the dismantling of the rule of law. In the article, Bartosz Kramek has brought together our experiences (with the Ukrainian Revolution of Dignity 2013/2014 being one of the most powerful) and reflections; they may prove valuable in the course of resistance. We realise that we may be accused of anti-state radicalism, but we believe that this attack on the very foundations of the Third Polish Republic must not be underestimated. It is a path towards the East (even if we have only started on the path), while the place of Poland is in the West.

Poland Is Not Yet Lost! 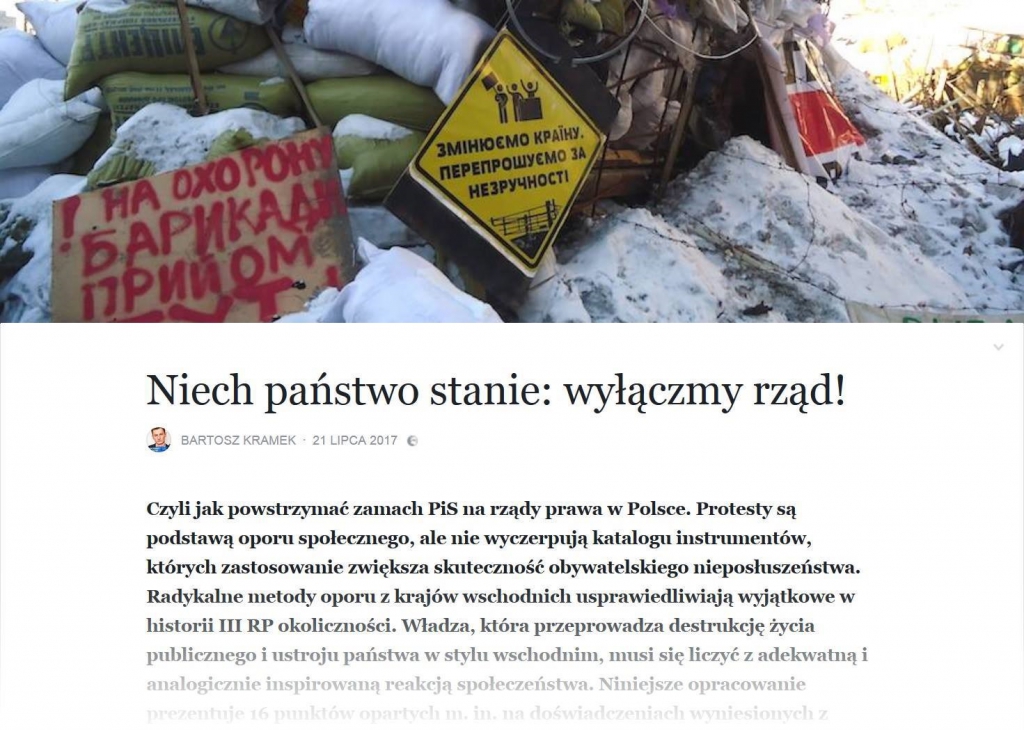