Search
The Open Dialogue FoundationMedia about usBartosz Kramek for Radio Zet: “Concession is something we have never concealed”

Last week, Polish Television (TVP) broadcast a material in which it accused the Chair of the Open Dialog Foundation Bartosz Kramek of “calling for an overthrow of the government and destabilisation of the state” and presented its theory on the aim behind the Foundation holding a concession. Since, however, the opinion of Kramek himself is nowhere to be found in the material, Radio Zet presented his comment in the matter.

TVP’s material appeared soon after Bartosz Kramek had published in a social network a note with a collection of ideas on how, using the experience of the Ukrainian EuroMaidan, to stop attempts to dismantle the rule of law in Poland. State media presented Kramek’s article as a call for  a putsch and for removing the legally elected government from power. They also got interested in the concession for trading in arms which the Foundation had obtained.

TVP did not present a comment by the person concerned himself and because of that Radio Zet requested it.

– I presented a set of postulations and experiences from Maidan, understood as a peaceful civil protest – Kramek explained and made it clear that that matter of the concession for trade in arms had never been a veiled secret. – the concession is something we had never concealed. The “good change” media have not done any work on that but have learned about it from our statement. What was meant were bullet-proof vests and helmets for Ukrainian soldiers and people exposed to shooting, volunteers and press correspondents – he said. 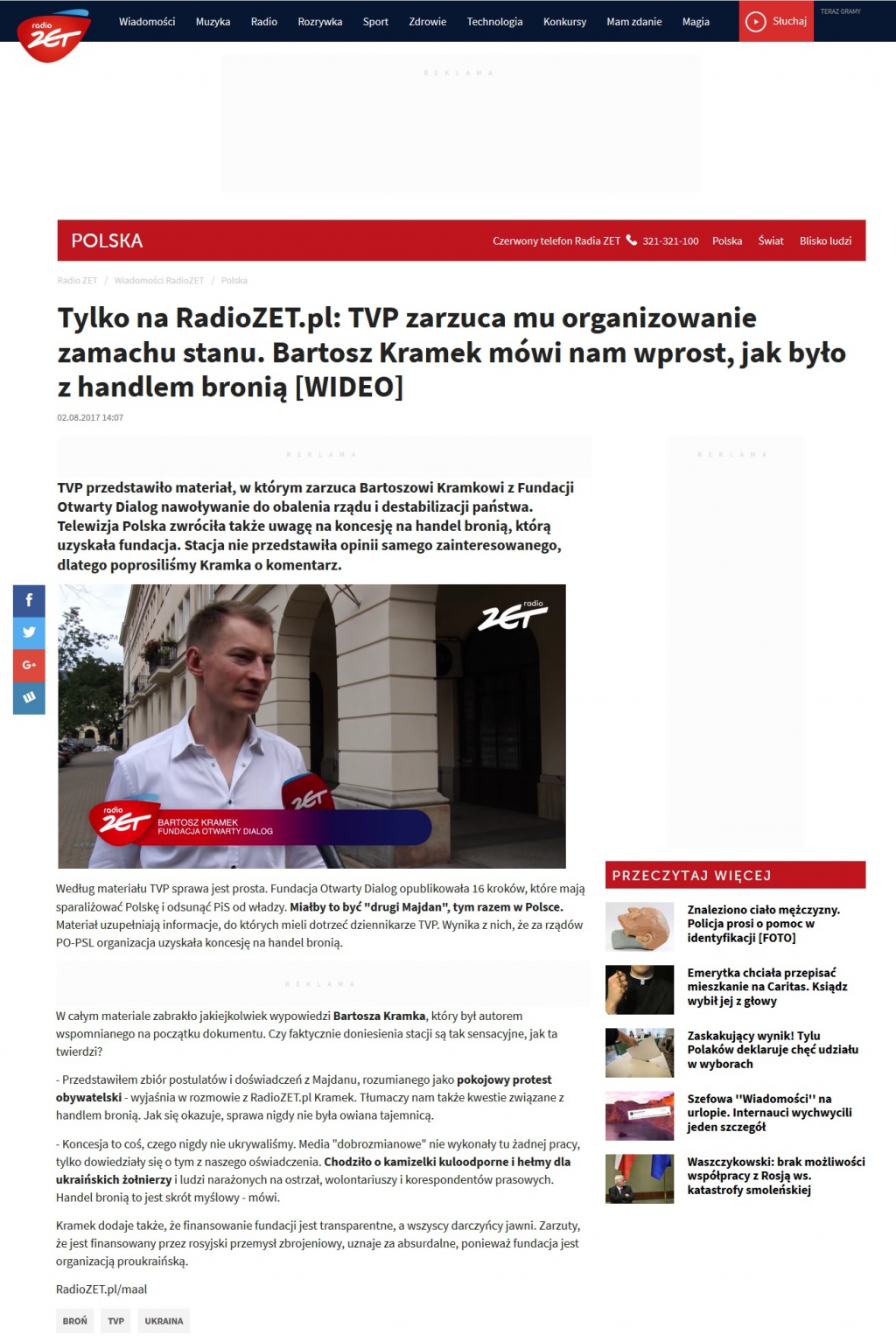