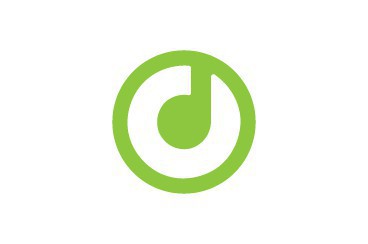 “MPs Święcicki and Wróblewska wrote to the Minister of Justice of Hungary on the extradition of Y. Kadesov”

Mr Kadesov is a former Mr Ablyazov’s colleague and a BTA Bank employee, who on 24 July, 2017, was extradited from Hungary to Kazakhstan. His extradition falls within the framework of the BTA Bank case. As stressed by MPs Mr Święcicki and  Mrs Wróblewska in two letters to the Minister of Justice, preliminary to his extradition, hungarian authorities have facilitated contacts between the prisoner and Kazakhstani authorities. Mr Kadesov was then coerced to declare the agreement on his “voluntary” extradition.

Mr Kadesov’s extradition is connected with the case of his former colleague Mr Zhaksylyk Zharimbetov, a Kazakh national convicted in Kazakhstan within the BTA Bank case and illegally kidnapped from Turkey to Kazakhstan in January, 2017. Kazakhstani authorities are using Zharimbetov to convince other fugitives to return to Kazakhstan in exchange for a conditional release if they bear false witness against Ablyazov. In June 2017, Mr Zharimbetov phoned Mr Kadesov in a Hungarian prison, while he was subjected to an extradition arrest. After Mr Zharimbetov’s phone call, Mr Kadesov abruptly changed his position and requested that he would be ‘voluntarily extradited’ to Kazakhstan. Kazakh diplomats were also free to pay a visit to the prisoner.

We, as the Open Dialog Foundation, regret that Hungarian authorities’ reply failed to recognise the politically motivated reasons behind Mr Kadesov’s extradition. It is with regret that we note that no investigation into the visit of representatives of Kazakhstani authorities to Mr Kadesov in prison, and also Mr Zharimbetov’s phone call to Mr Kadesov were carried out. His extradition violated Hungary’s international obligations to respect human rights and officials who committed these human rights violations, must be held accountable.

In December 2016, France’s State Council recognised the BTA Bank case as political. 13 colleagues and relatives of Mr Ablyazov have been already granted asylum or subsidiary protection in the EU and the US. In addition, the name of Mr Ablyazov and several other defendants in the BTA Bank lawsuit were removed by INTERPOL from the wanted list.