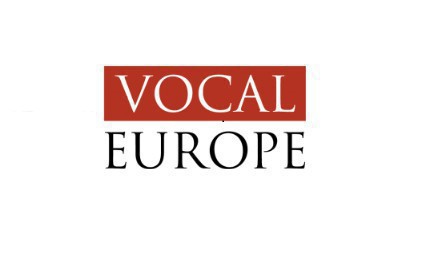 Vocal Europe: “Monday talk with Lyudmyla Kozlovska on the misuse of INTERPOL by autocratic regimes”

Fugitive alerts issued by Interpol, the international law enforcement clearinghouse, can make it hard for fugitives to slip across borders. But, the group’s ‘red notice’ database, which can be reviewed by authorities across the world to identify people facing prosecution, is frequently used by authoritarian governments to control and prosecute dissidents, human rights activists and journalists. 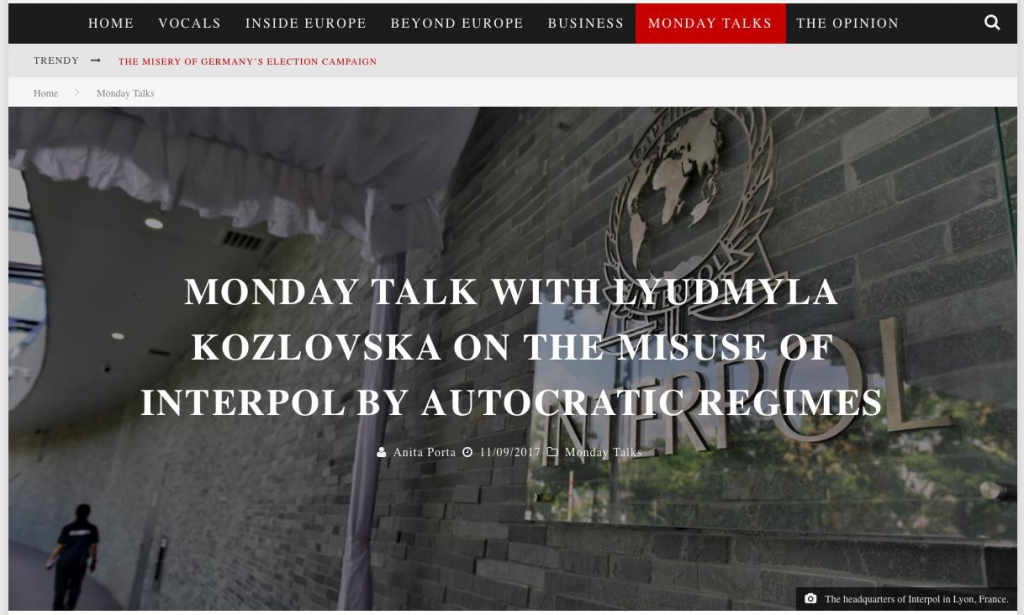 In an interview with Vocal Europe, Lyudmyla Kozlovska, the president of Open Dialog Foundation (ODF), expresses her take on how the autocratic regimes such as Russia, Turkey, Moldova, Kazakhstan and Azerbaijan pose tremendous challenges to dissidents through cooperation with Interpol.

Vocal Europe: Can you brief us about the core mission of Open Dialog Foundation, its achievements and your particular role in it?

Lyudmyla Kozlovska: Open Dialog Foundation (ODF) is dedicated to protect human rights, democracy and the rule of law; mainly we focus on the post-Soviet region: Ukraine, Russia, Moldova and Kazakhstan. During the past four years one of the biggest priorities in our advocacy work has been to protect political refugees from politically motivated international warrant arrests of INTERPOL. Although Interpol is an extremely important tool for cooperation of the police authorities in the pursuit and detention of dangerous criminals, sometimes it can also become a weapon used by non-democratic regimes to punish dissidents.

Article 3 of the Interpol Constitution prohibits the Organization from interfering in matters of political nature. However, in 2013, human rights organizations recorded that non-democratic states have repeatedly violated this rule. Over the past four years, the ODF has held events in the European Parliament, national parliaments of the EU member states, at the PACE and OSCE PA, HDIM OSCE sessions, and also provided expertise for the Interpol bodies. Particularly during the period of 2013-2014, we observed sceptical comments about ‘lack of possibility’ of bringing about changes in the operation of one of the largest international organisations. And in 2013, Interpol itself opposed systemic reforms. However, representatives of the European Parliament, PACE and OSCE PA supported the reform of Interpol and included the issue in their work agenda. The efforts of the international community gave the first significant results. In November 2016, Interpol introduced a number of changes in its legislation.

Vocal Europe: It is a matter of fact that non-democratic states carry out political persecutions through the Interpol system. Both human rights NGOs and intergovernmental organisations have been working on this problem for several years. Why do you think that Interpol should be reformed and what has already been done in this respect?

Lyudmyla Kozlovska: The Red Notice of INTERPOL became a favorite tool to silent opponents, activists, journalists or their relatives even if they manage to leave the authoritarian countries or have asylum/protection. The consequences of Red Notice for the victims can be really devastating.  It can harm personal reputation, make sure that people are arrested, and cause also many practical challenges where many would have difficulties even to open a bank account or renting a flat. It became clear to us that this problem can only be solved by changing the principles of Interpol’s operation framework.

One of the initiators of the Interpol reform was the Open Dialog Foundation. The biggest achievement of this advocacy work is that persons who have been granted refugee status start to be removed from the Interpol’s list of wanted people. However, this approach is not enshrined in the legislation and is applied inconsistently. Therefore, there are still many refugees and other persons on Interpol’s wanted lists despite the fact that several EU Member State have recognised their persecution.

Even those who have obtained a residence permit or citizenship in Western democratic countries remain a target of attacks by non-democratic states. The extradition of many of these individuals has been denied; however, they are still on Interpol’s wanted lists. As a consequence, they are subjected to lengthy detention, and those who remain at large, cannot freely travel, find a job or open a bank account. Refugees may not be aware of the fact that they are wanted, as most of Interpol’s notices are non-public.

In that regard, one of the biggest of concerns we have is that there is no mechanism to protect victims of political persecution who were detained on the territory of unsafe state. For example, we now try to save the life of Anatoliy Pogorelov, one of the associates of Kazakh opposition politician Mukhtar Ablyazov. Furthermore, the main reason the Khazak regime is prosecuting Pogorelov is to obtain from him a false confession that would incriminate Ablyazov. Pogorelov was stopped in UAE, but the problem is that UAE, as many other States, have not signed basic human rights treaties or have not implemented them. We have also the case of Farid Yusub, a political refugee from Azerbaijan, who was stopped in Russia and is now facing the risk to be extradited on request of Azerbaijani regime. Consequently, such countries ignore not only UNHCR’s decisions to grant refugee status, but also decisions of the Interpol itself which recognise the political nature of the case. Farid Yusub was excluded from Red Notice of Interpol but Russian authorities deny his right to leave the country.

Read the full interview on: www.vocaleurope.eu

Read our latest report: “The reform of Interpol: Don’t let it be stopped halfway”