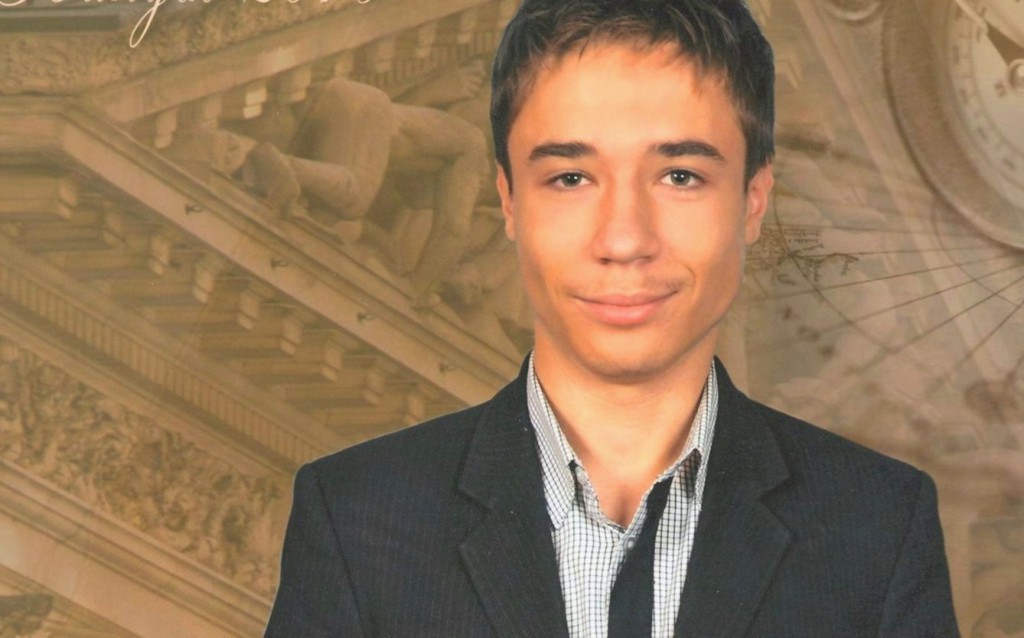 Russia abducts a young disabled Ukrainian and charges him with terrorism

On August 24, 2017, Pavlo Gryb, a Ukrainian citizen, disappeared in Belarus. Two weeks later it became known that he was in a detention facility in Russia. According to Gryb, some persons unknown to him forcefully took him out of Belarus and brought him to Krasnodar (Russia). The Federal Security Service of Russia has brought “terrorism” charges against him. Earlier he posted entries criticising Russia on social networks. Pavlo Gryb is gravely ill and needs constant treatment. He is not getting any medicines in the Russian detention facility, which puts him at risk of death.

Nineteen-year-old Pavlo Gryb had been communicating with a girl from Russia, who called herself “a patriot of Ukraine”, via Internet. They developed a close relationship. They arranged to meet in Belarus, in the city of Gomel. Pavlo arrived there on August 24, 2017. Gryb promised his parents that he would return to Ukraine on the same day, but he did not.

On August 25, 2017, Gryb’s father came to Belarus in search of his son. For two weeks nothing was known about Pavlo Gryb’s whereabouts. Belarusian authorities confirmed that he had entered the country but had not gone back to Ukraine, neither had he been detained in Belarus. According to Gryb’s father, Belarusian police officers told him that his son was on the wanted list of the Federal Security Service of Russia (FSS) as a person charged with “committing an act of terrorism” (Article 205 of the Criminal Code of Russia).

On September 7, 2017, the Ukrainian Ministry of Foreign Affairs received a notification from the Federal Security Service of Russia saying that Pavlo Gryb had been detained on August 25, 2017 and was now being kept in detention facility № 5 in Krasnodar, Russia. The Ukrainian Ministry of Foreign Affairs called Russia’s failure to inform about the detainment in a timely manner “unacceptable”. Ukrainianconsuls are being denied a visit to Pavlo Gryb.

For several days the lawyer was also being denied a visit to Gryb. Only on September 11, 2017 did Andrey Sabinin, the lawyer hired by the family, manage to see Pavlo Gryb. The lawyer reported that, according to Gryb, on the evening of August 24, 2017, he was heading to the bus station in Gomel, with a ticket to Ukraine on him. Suddenly, unknownplain-clothed persons put Gryb into a van and brought him to a forest, where they handed him over to some other persons who held him in a windowless space for a day or two. After that, according to Gryb, investigators arrived and formalised the detention. “And when he was brought to the police department, he found out that he was in the Smolensk region. He saw a plaque on the police station. It seems to have been the town of Ryabtsevo,” said the lawyer. At the police station Gryb was fingerprinted in the presence of a lawyer provided by the police. After that Gryb was brought to the city of Krasnodar. The lawyer, Sabinin, found out that as early as on August 17, 2017, the Russian court had issued a verdict in absentia to arrest Gryb for two months ­– until October 17, 2017.

The lawyer cannot comment on the substance of the charge since he signed a pledge of secrecy. Pavlo Gryb’s family claims that he has never been on the territory of Russia before. According to Gryb’s father, the reason for the prosecution might be Pavlo’s online writings: during the period of 2013–2014 Pavlo (who was 15–16 at that time) posted entries on social networks voicing his support for the Revolution of Dignity andsharply criticising Russia’s military aggression against Ukraine.

Pavlo Gryb’s family and lawyers believe that the FSS of Russia kidnapped Pavlo on the territory of Belarus and that the meeting with the girl was a setup. Meanwhile, a girl has contacted Ukrainian and Belarusian media claiming to be the very girl Gryb had been corresponding with. According to her, she had been communicating with Gryb via the Russian social network Vkontakte, after which the Russian FSS found her and charged her with “terrorism”. She added that the FSS officers had promised to cease criminal proceedings against her if she arranged a meeting with Gryb.

Pavlo Gryb has had life-threatening illnesses since he was born; furthermore, he has a disability. According to his medical files from the National Children’s Specialized Hospital “Okhmatdyt”, his diagnoses are as follows: consistent morphological and functional liver damage; portal hypertension; splenomegaly; antral gastric polyp, et al. Gryb’s doctor noted that these diseases are characterised by disturbed circulation of the liver, which causes splanchnic vasodilationand may result in bleeding. Gryb had a surgery scheduled but failed to undergo it because he fell into the hands of the Russian FSS. Doctors recommend that Gryb take regular medicines to maintain his health. He should strictly adhere to the diet prescribed to him, and emotional stress is contraindicated in his case.

On September 11, 2017, the European Court of Human Rights demanded that the Russian government send medical documentation on Gryb’s current health condition (including the list of the medicines he has been receiving) before September 25, 2017.However, as of September 11, 2017, Gryb has not received any medicines at all. This became known from his lawyer’s account of their meeting: “He is looking alright but is worried about having no medicines“. Under the conditions of the Russian detention facility, without the necessary medical care, Pavlo Gryb’s life is in immediate danger.

Pavlo Gryb has become yet another victim of Russia’s hybrid war against Ukraine. Since the beginning of the Russian–Ukrainian conflict, approximately 70 Ukrainian citizens have faced politically motivated criminal proceedings in Russia, as well as in the occupied Crimea. Russia brings various charges against Ukrainians (terrorism, extremism, espionage, the murders of Russian citizens), thus using them for the purpose of anti-Ukrainian propaganda.

The Open Dialog Foundation, acting within the framework of the human rights campaign LetMyPeopleGo, hereby calls on the international organisations, the EU, OSCE and UN, and the International Committee of the Red Cross, to increase pressure on the Russian authorities and demand that urgentmedical assistance be provided to Pavlo Gryb, that Ukrainian doctors and consuls begranted access to him and that he be immediately brought back to Ukraine.